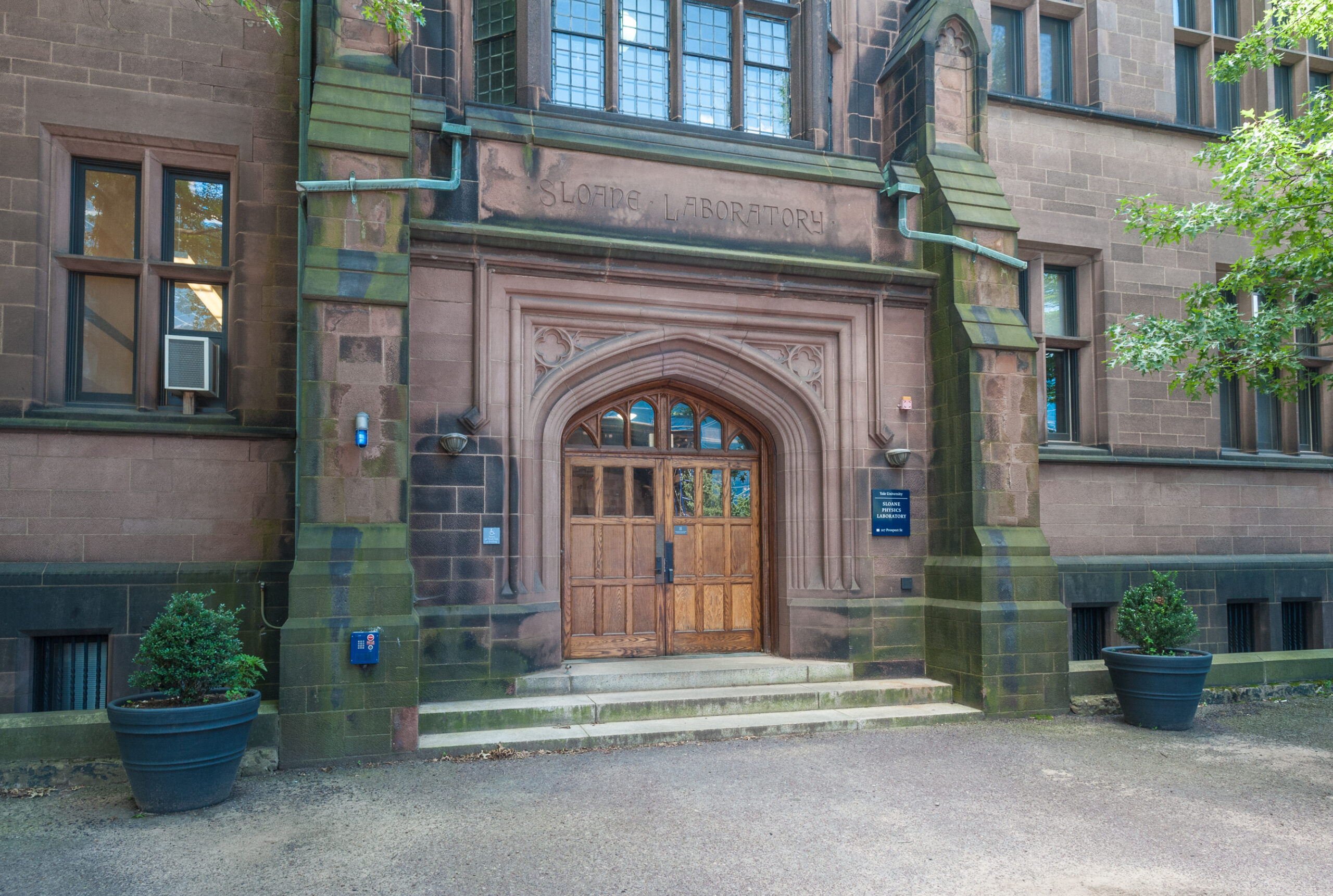 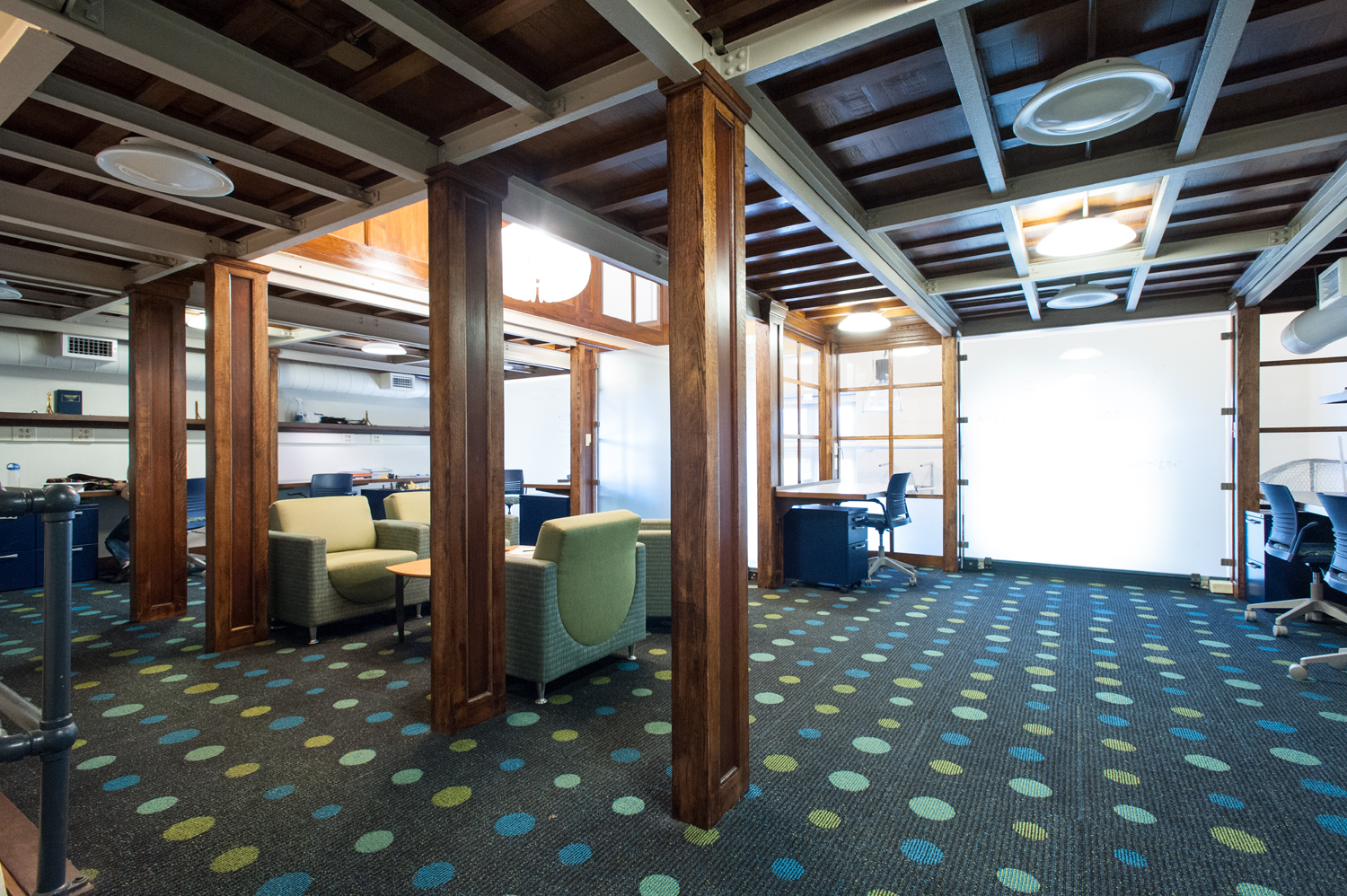 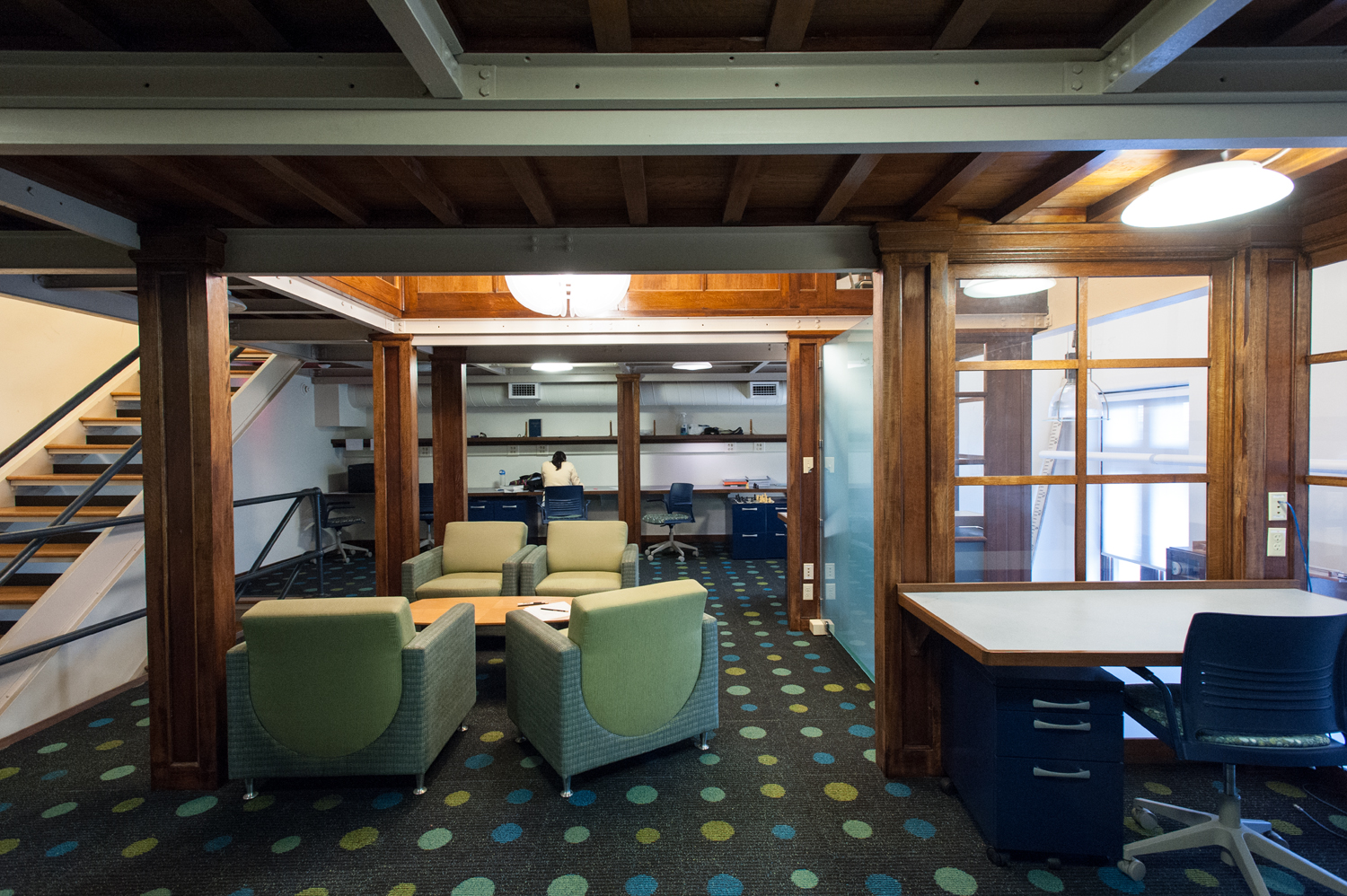 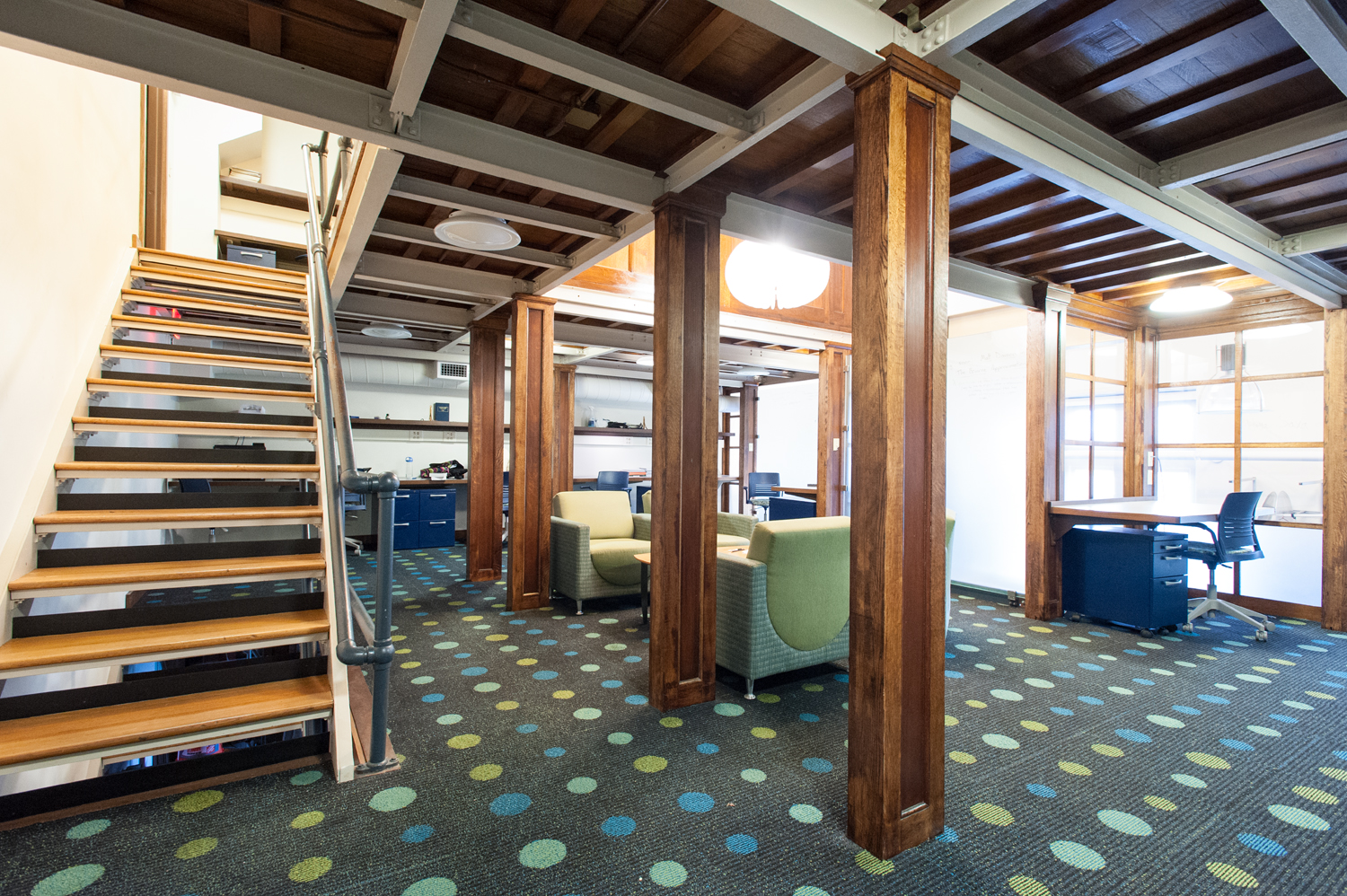 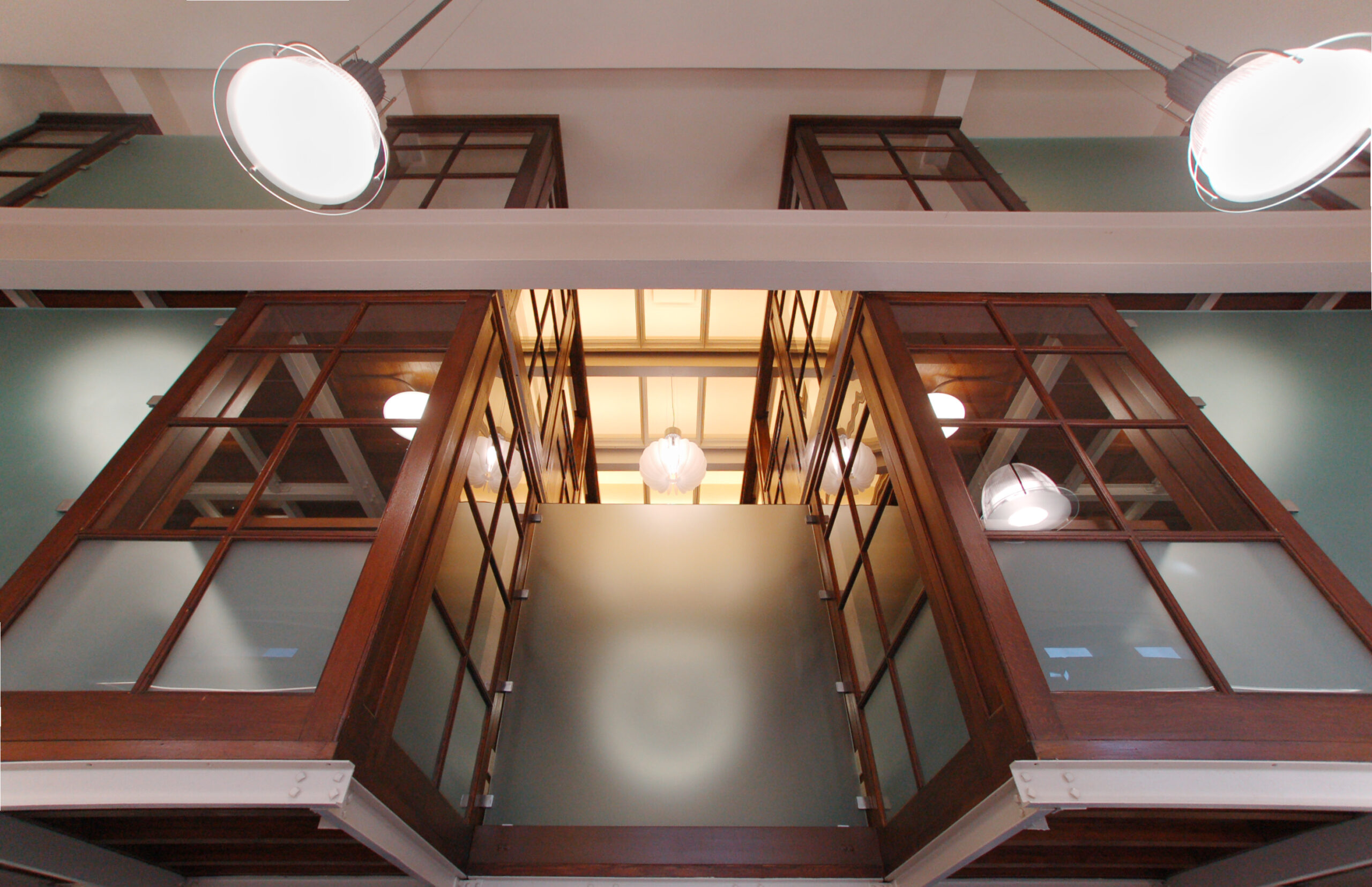 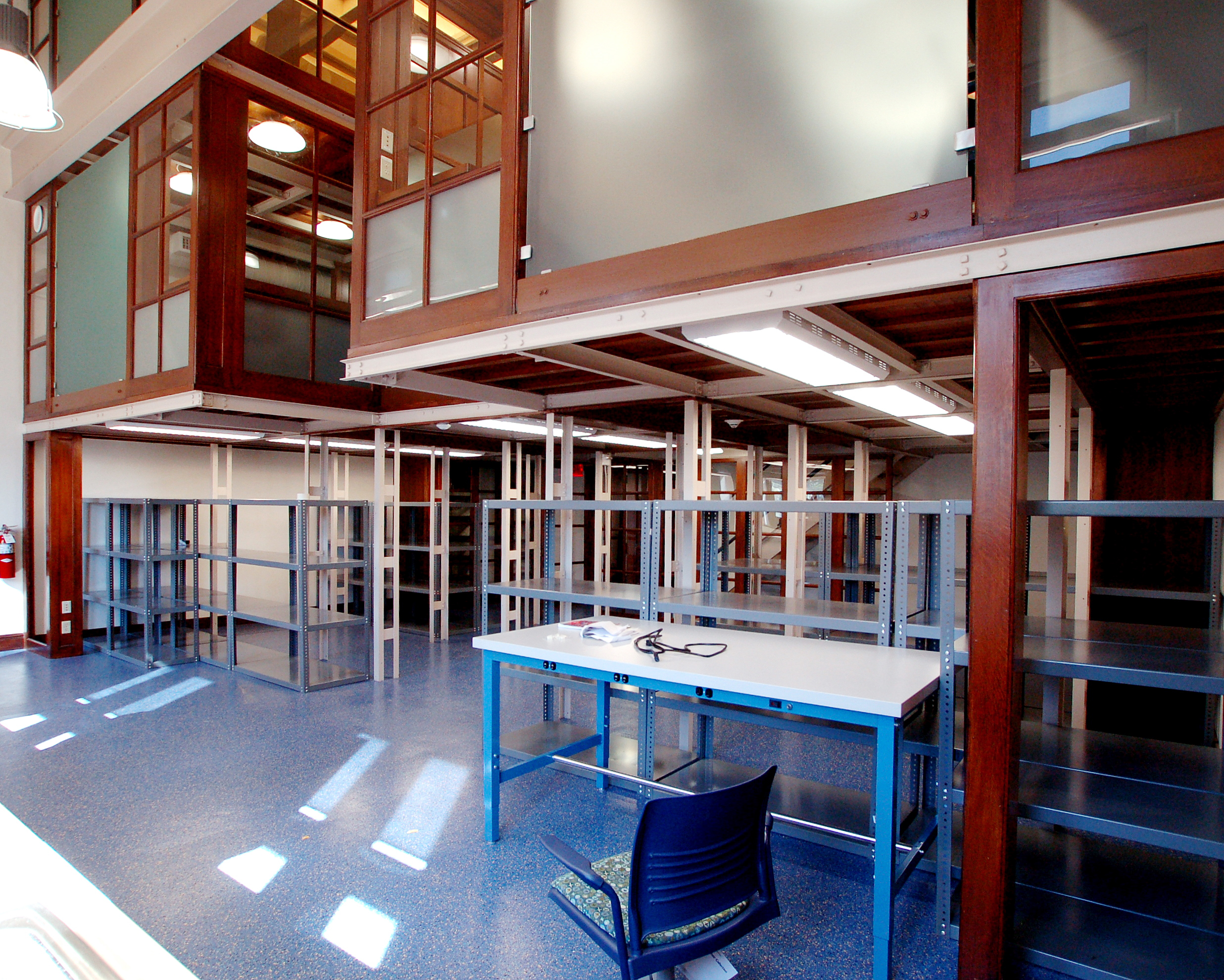 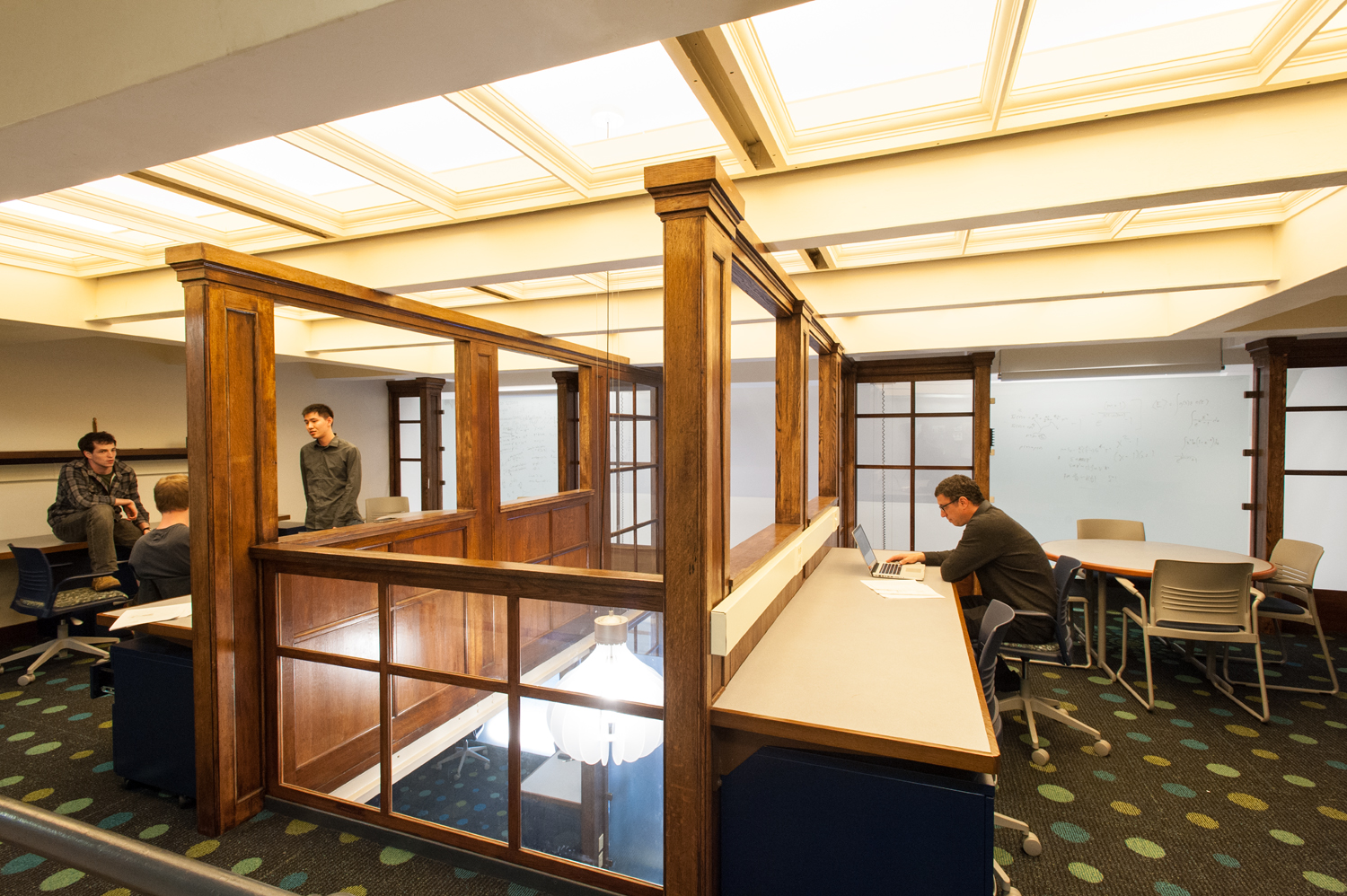 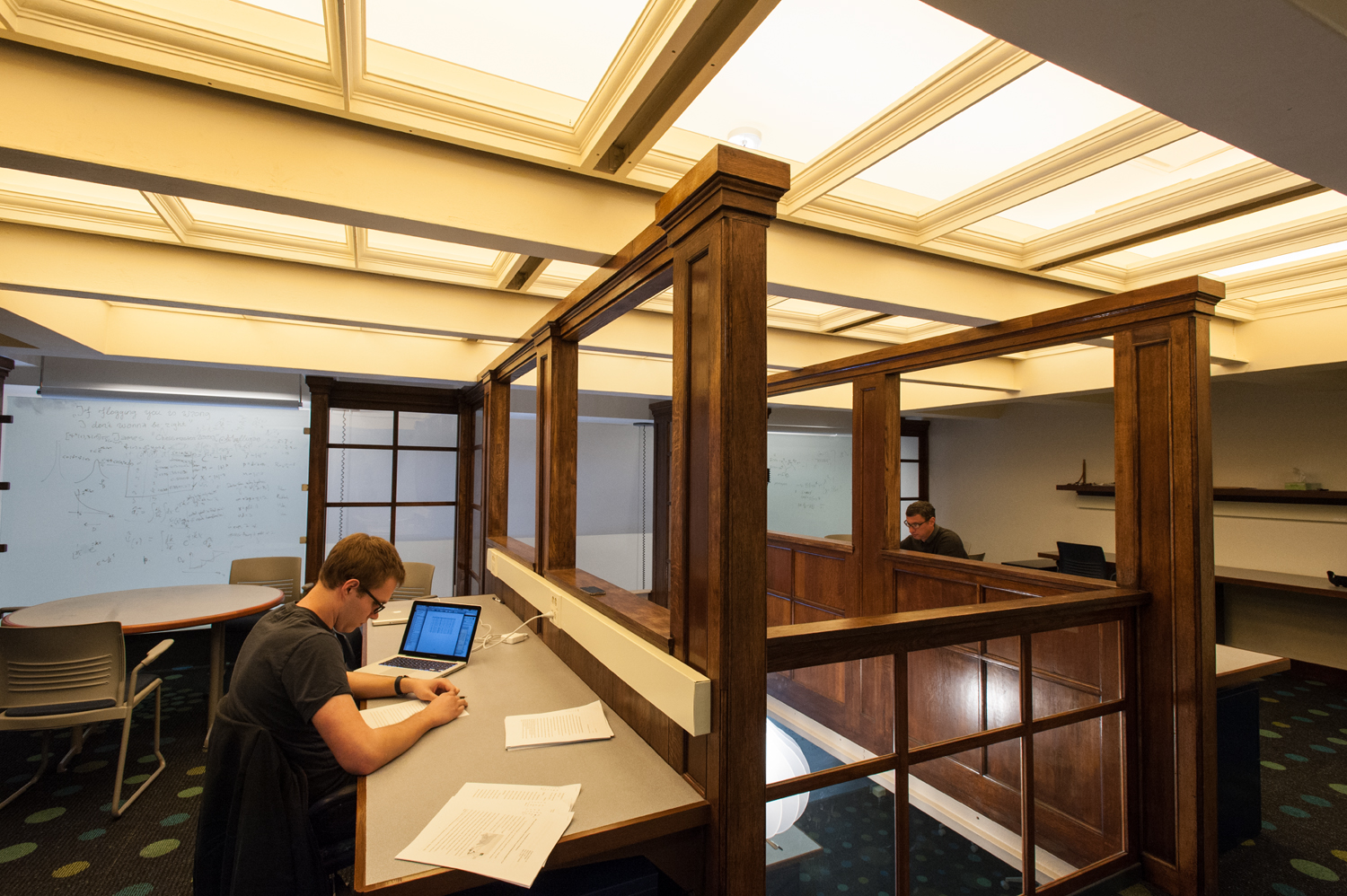 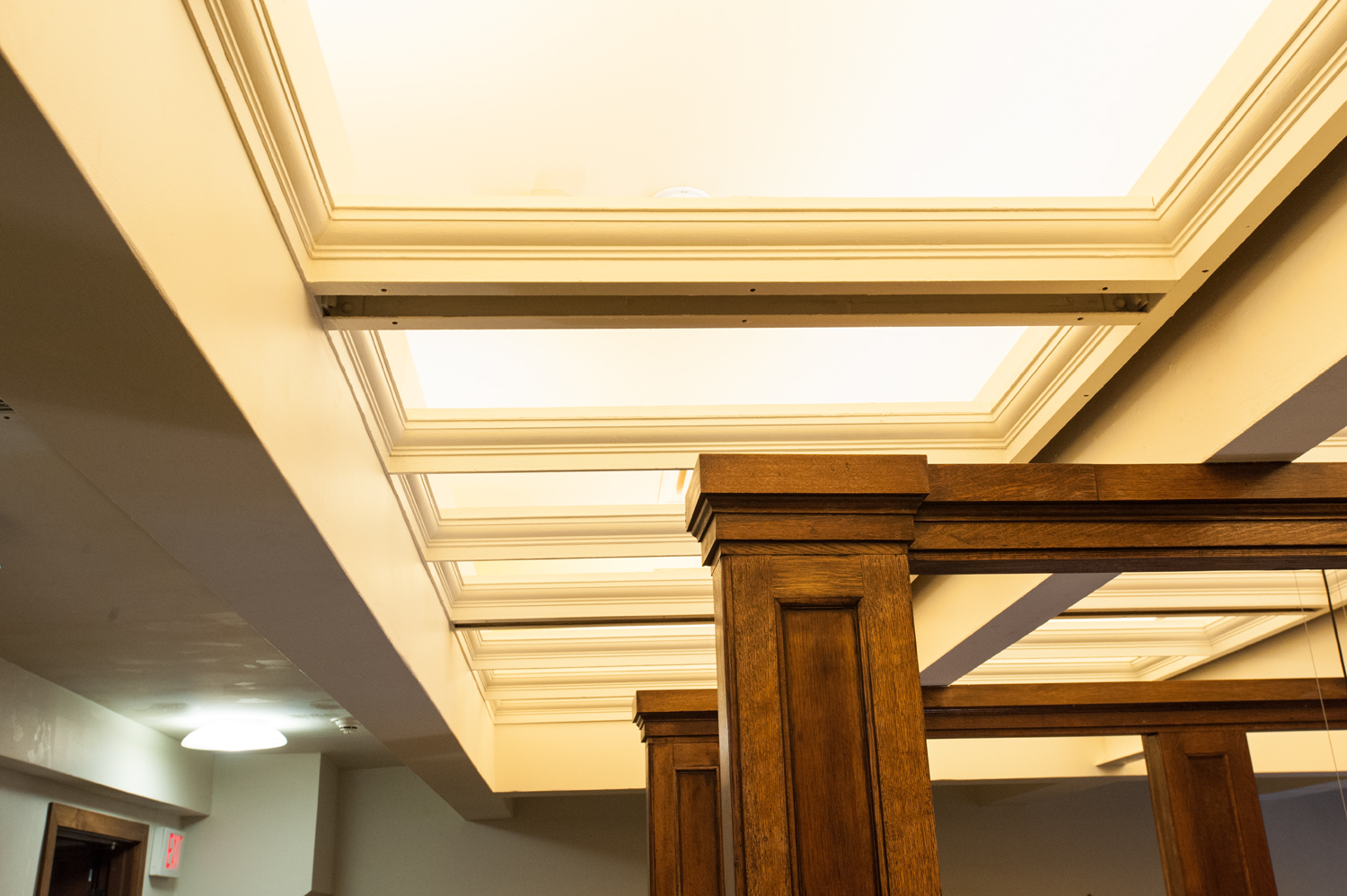 Studying comes out of the closet
Imagine a Yale physics class 100 years ago: It’s Albert Einstein time, all chalk dust and relativity. The students file in to the new, state-of-the art Sloane building, sit down in a theater where the professor lectures, or, on certain days, demonstrates an experiment so large, it must be prepared in the adjoining 4-story lab storage room, and subsequently stowed in the heavy oak, glass and iron cabinets built into it. Students listen, watch, leave, study, come back, test.

Enter CWA, hired to transform the unique experiment-prep space into a 3-level study lounge that better supports collaborative learning, and aids recruiting. The result is a study in subtle adaptation — the kind where modern aspects – brighter lighting, better acoustics, lounge furniture — and new uses – individual studying and small-group work — are so neatly woven into the traditional vernacular it feels like it’s always been so.

“The area was dark and dingy; a definite put off to anyone seeing it. CWA opened things up by taking a unique space and making it work… Having a new and modern office area for our first year graduate students has helped as part of our recruiting effort. It gives the students a place they want to be as they work together to get through their first year of courses.” – John E Fox, Lead Administrator, Physics Department & Astronomy Department Yale University

Context
Sloane Physic’s Laboratory is one of the original buildings located on Yale’s Science Hill. At the time of it’s completion it was considered one of the most elegant and thoroughly appointed physical labs in the the country.

Nuts & Bolts
The project converts three levels of a four-story former storage space into a study lounge. The bottom level, which remains as a lecture/lab prep area, was upgraded to improve workflow and storage capacity. The two areas needed to be visually separated and independently secured. Original casework was preserved or re-purposed wherever possible.

What You Don’t See
Darkness. Translucent dry-erase panels double as balcony separation and study tool, while keeping the space as open and light as possible. The original lay-lite was re-glazed and illuminated from the attic as a source of ambient light.

Best Use
Studying in an oak and glass study carrel that originally did duty as beaker storage.