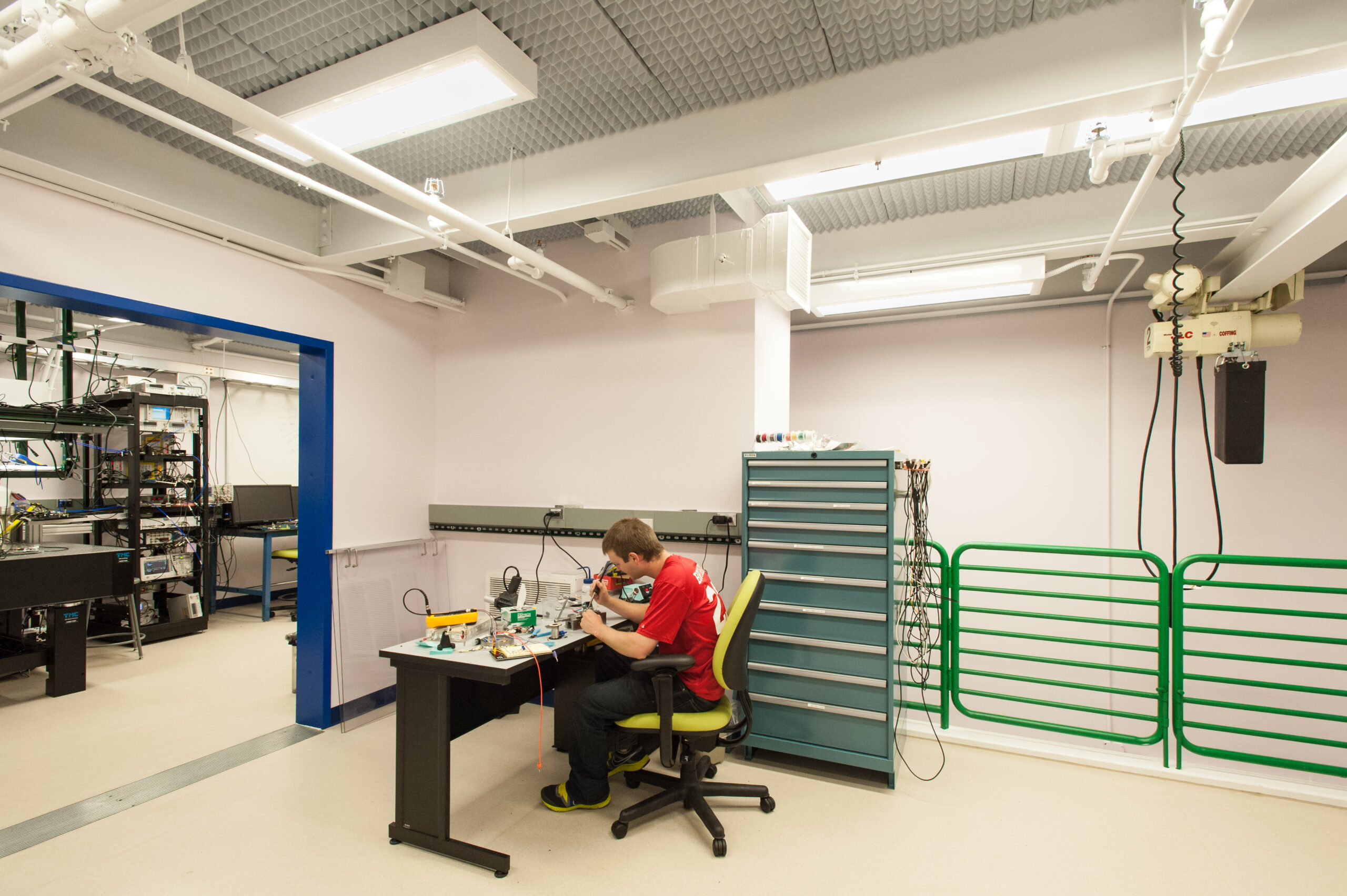 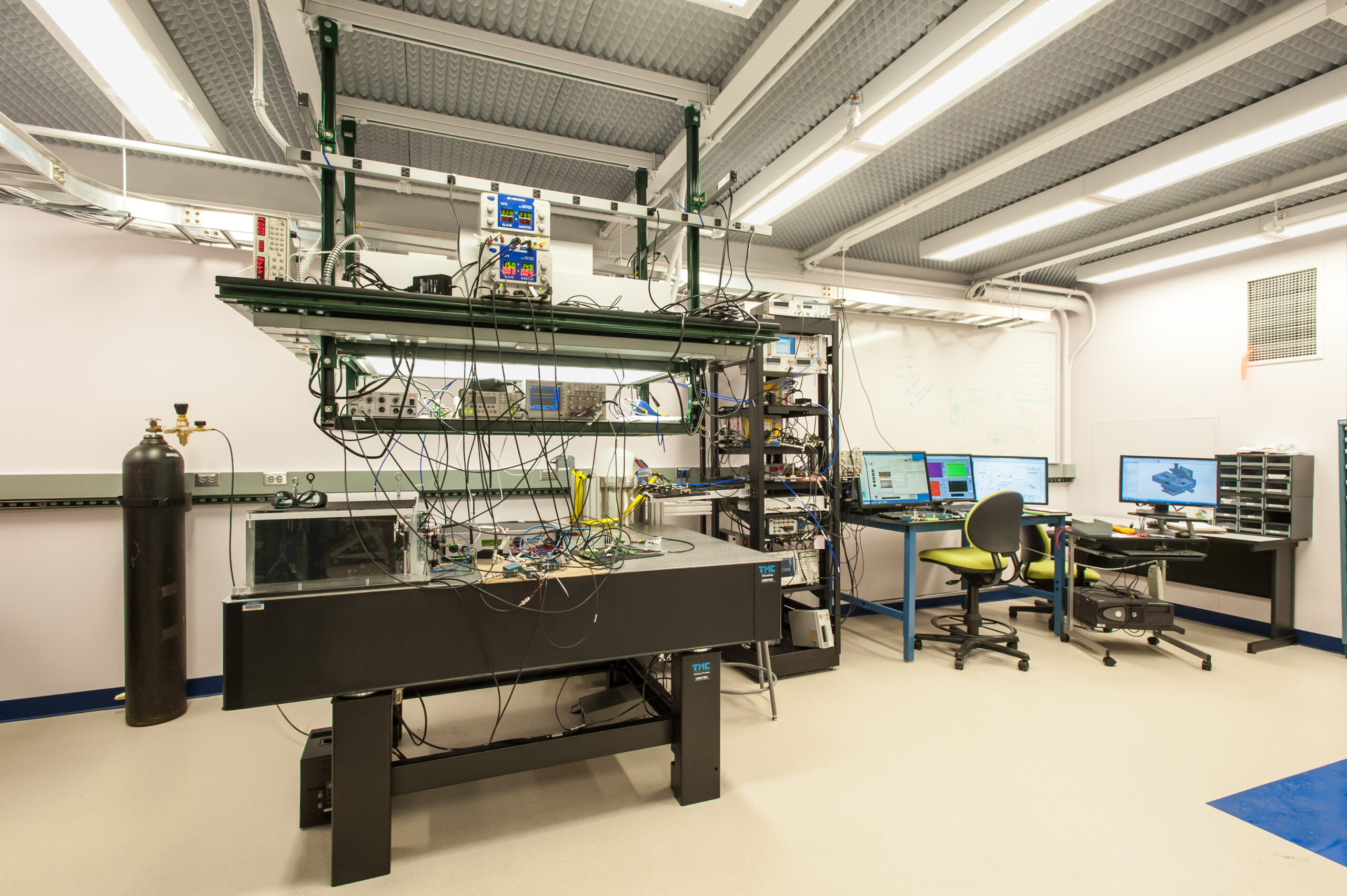 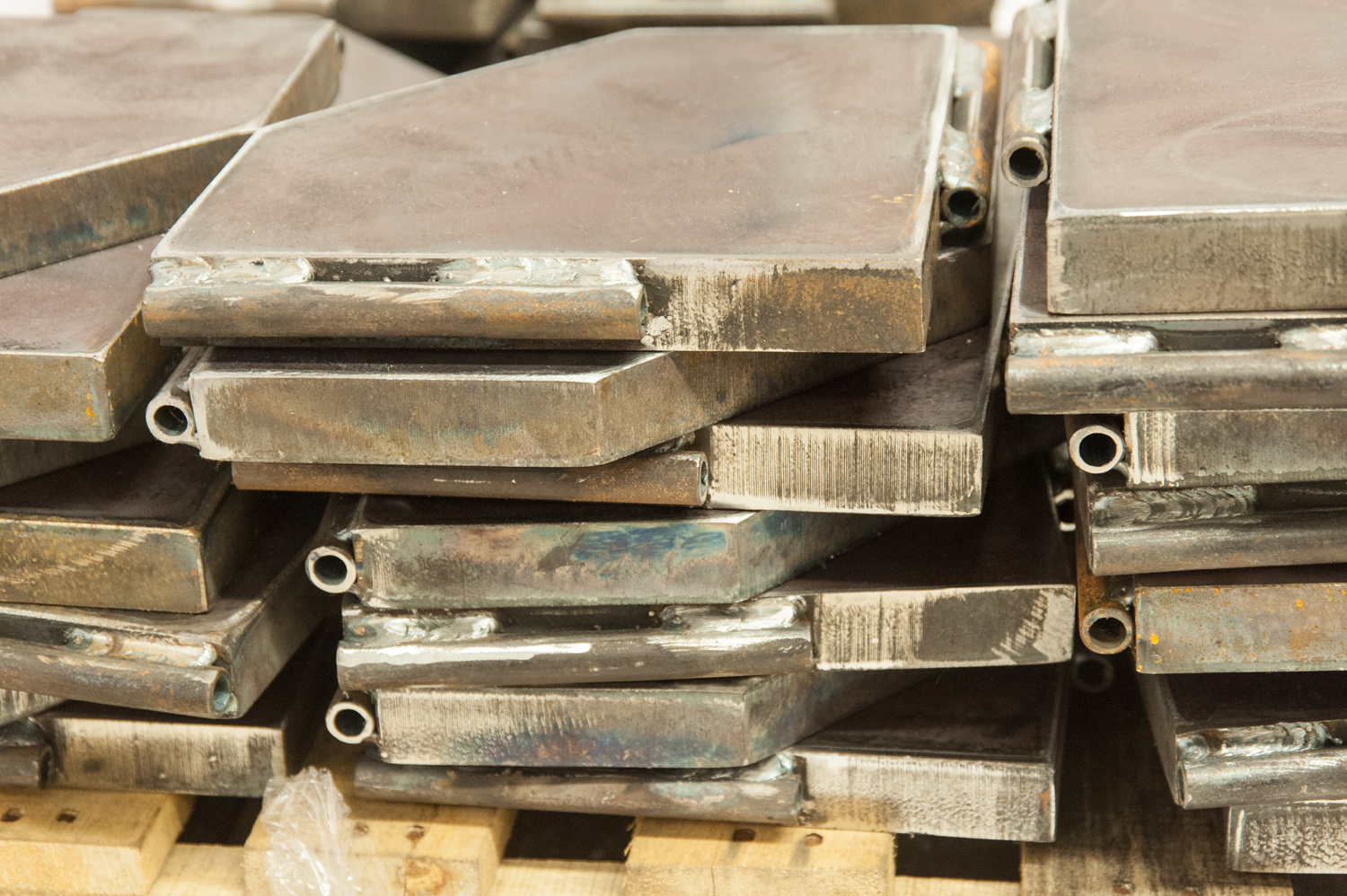 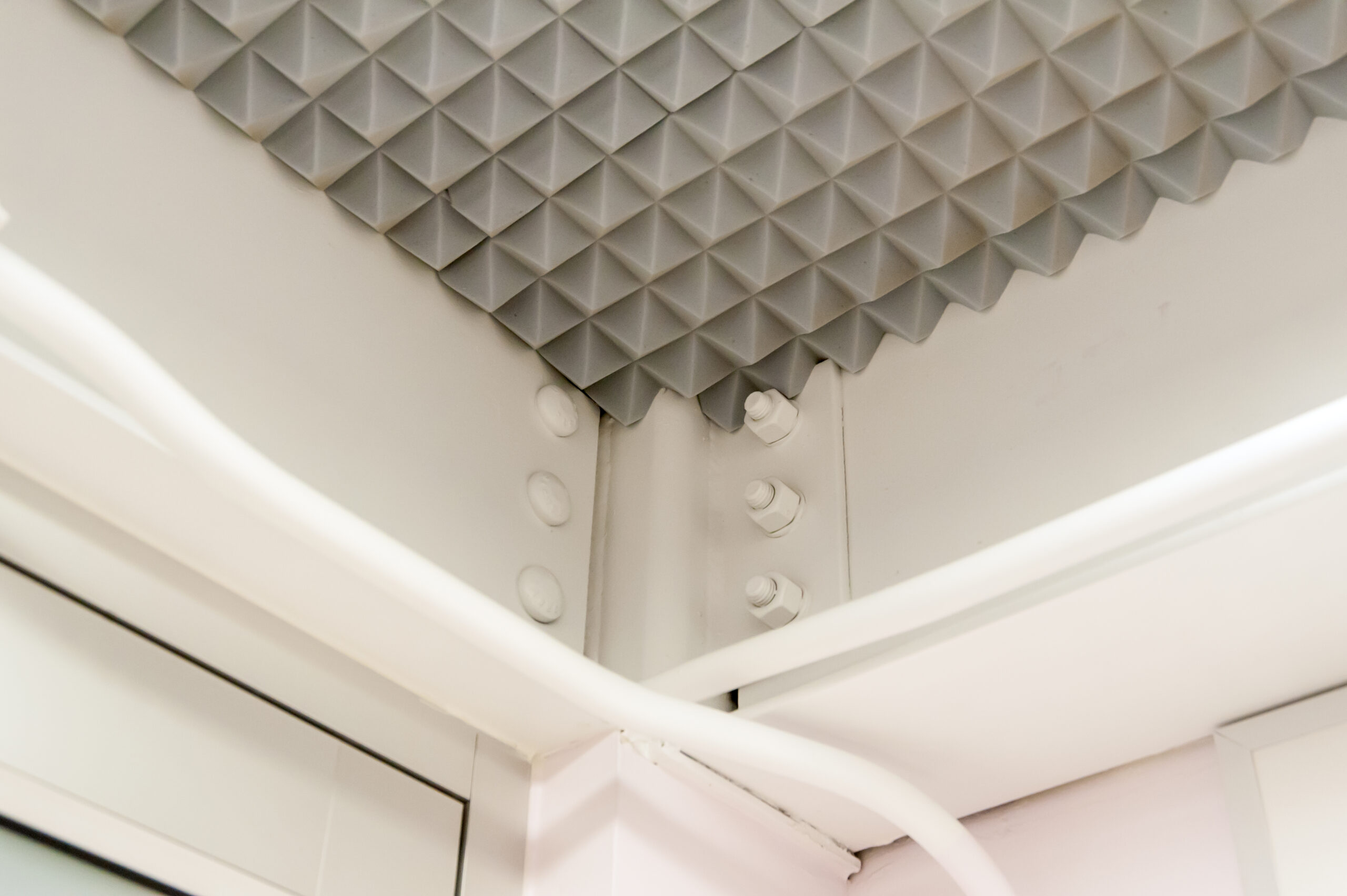 Picking up good vibrations
The Jack Harris Lab is a multi-level laboratory with ancillary spaces. Inside it, scientists study the quantum aspects of motion through cryogenic and room-temperature opto-mechanical experiments.

To ensure they do it well and properly — which means, among other things, measuring only the vibrations registered by an exceedingly weak light force exerted on small mirrors — CWA created an environment that guarantees extraordinary acoustical separation, vibration isolation, and thermal stability. This, while housing some very sophisticated, expensive and unwieldy equipment.

Complicating matters was that fact that the allocated space for the lab, which surrounds a concrete shell, sits at the juncture of three different building additions. The trick was to integrate the shell into the overall design while decoupling each perimeter wall individually. A hierarchy of acoustical separation techniques effectively isolates the entire lab from the rest of the building, the internal labs from each other and the two-story refrigerator chamber which contain the functional specimens, from the labs.

“Working with CWA was an incredibly positive experience. [Project Manager] Joe Chadwick absorbed a huge number of potentially conflicting requirements, and found a way to accommodate them all in the very challenging site. I consider the lab design and construction to be a huge success, and I credit CWA with pulling it off. I couldn’t be happier with the lab space, in terms of both function and aesthetics.”
– Jack Harris, Principal Investigator

Backstory
Researchers in the Jack Harris lab study the force that light exerts upon small mirrors at temperatures approaching Absolute 0°. Why? Pinpointing theoretical proof of existence is one. More concrete is the reality of more accurate fiber optics and laser technology, the possibility of quantum computing or, best of all, expanding our notions of time and space.

Context
Located in Yale’s Wright Nuclear Structure Laboratory (WNSL), the space allocated for the new lab was the last un-improved piece of the west high-bay that formerly housed the reactor. Far from ideal, the space presented a number of challenging physical constraints, including a two-story concrete shell that was poorly dimensioned and too expensive to demo. Also, the designated area sits at the juncture of three separate building additions – this meant that each perimeter wall presented a different physical configuration on each face and different exposures on each level.

Nuts & Bolts
The “Service Attic” or mechanical platform is completely decoupled, physically large enough, and adequately populated with electrical and process chill water to support a variety of expansion scenarios.

What You Don’t See
Mock-Ups. Such a complex challenge required a level of mutual understanding that drawings alone could not generate. CWA built a replica in which the research team could determine comfortable working postures, identify reach limits, and test positional preferences needed to perform tasks, some of which require the precision and control of an eye surgeon.

The mock-up later saw a second life as the practice stand-in for the delivery and installation of the new equipment, which the lab researchers handled themselves. Using the models, the team worked out the details of the rigging methods, clearances, sequences, and responsibilities of each participating researcher. These drills contributed substantially to a well-prepared crew and yielded a completely uneventful final placement of the delicate apparatus.

Best Use
Changing our ideas of what’s possible, by showing for example, that very tiny things can actually be in two places at once.