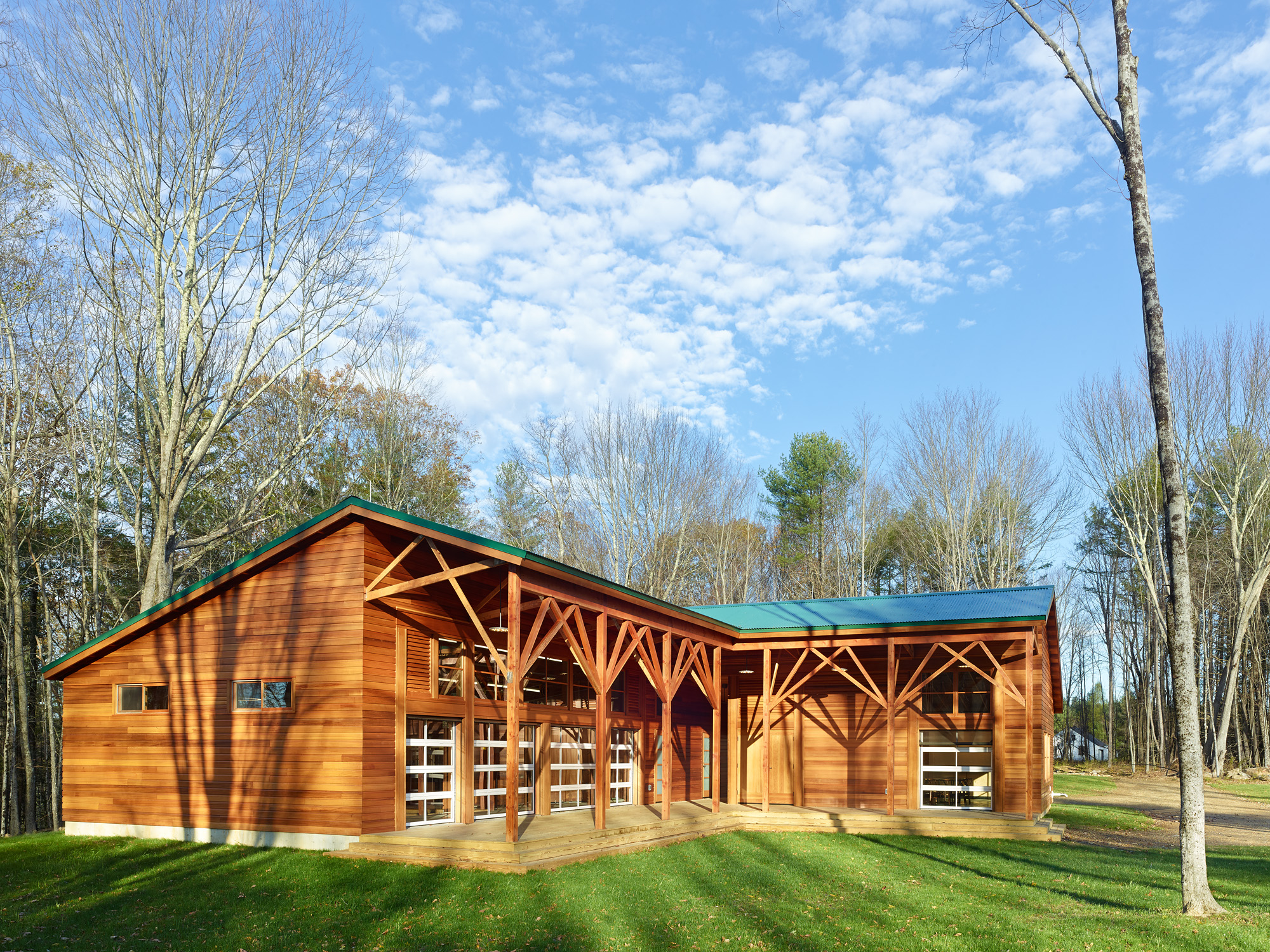 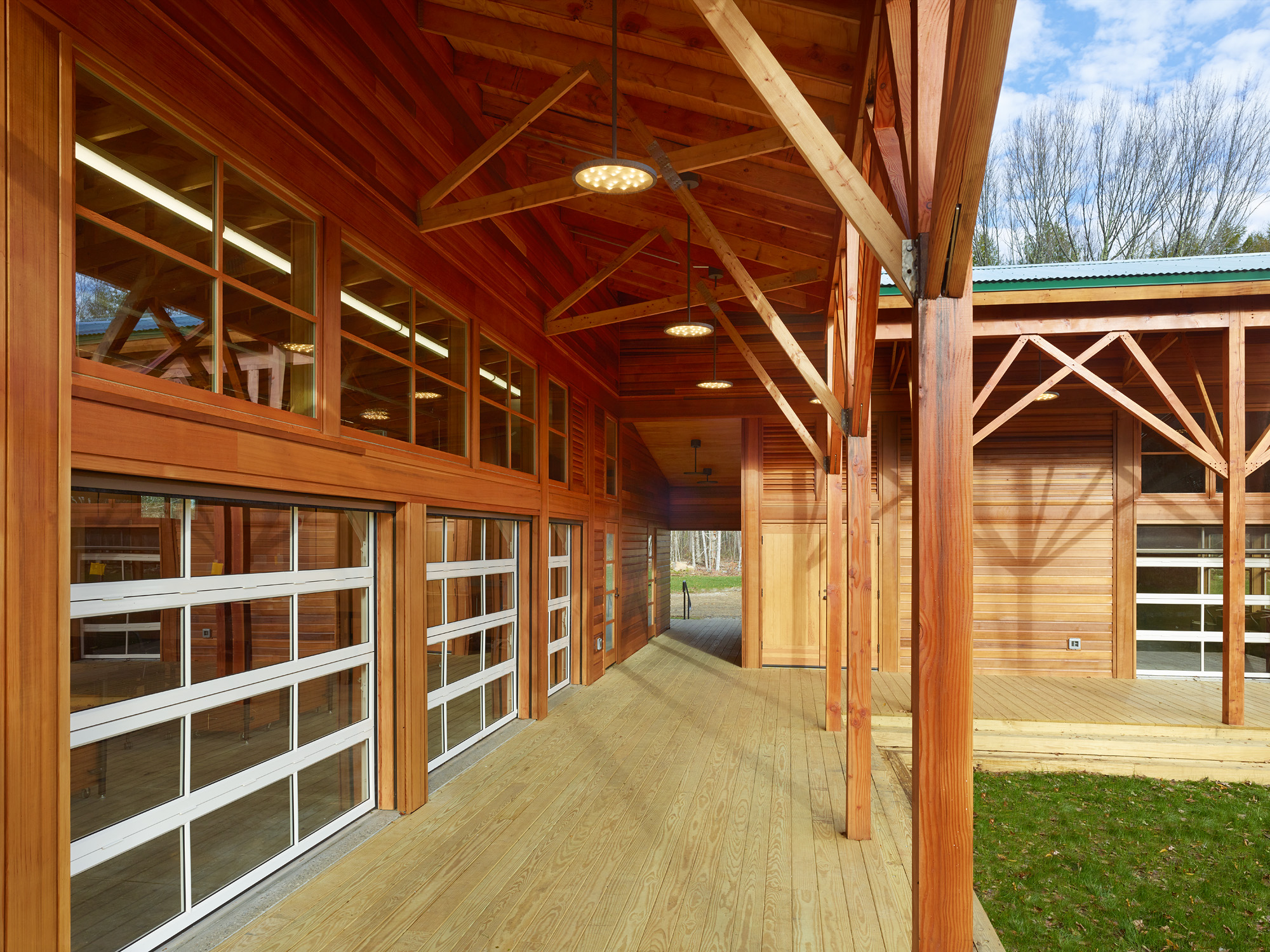 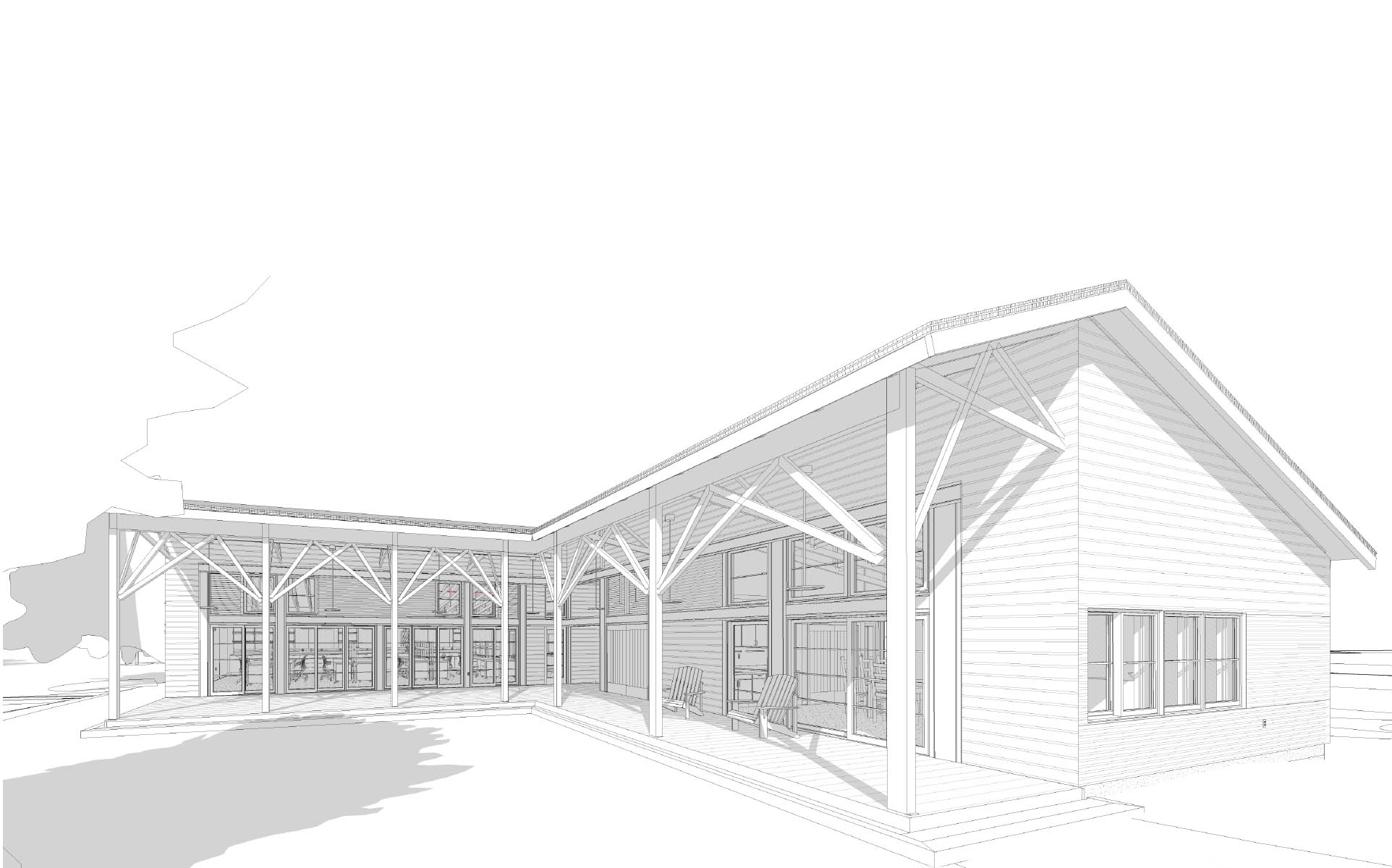 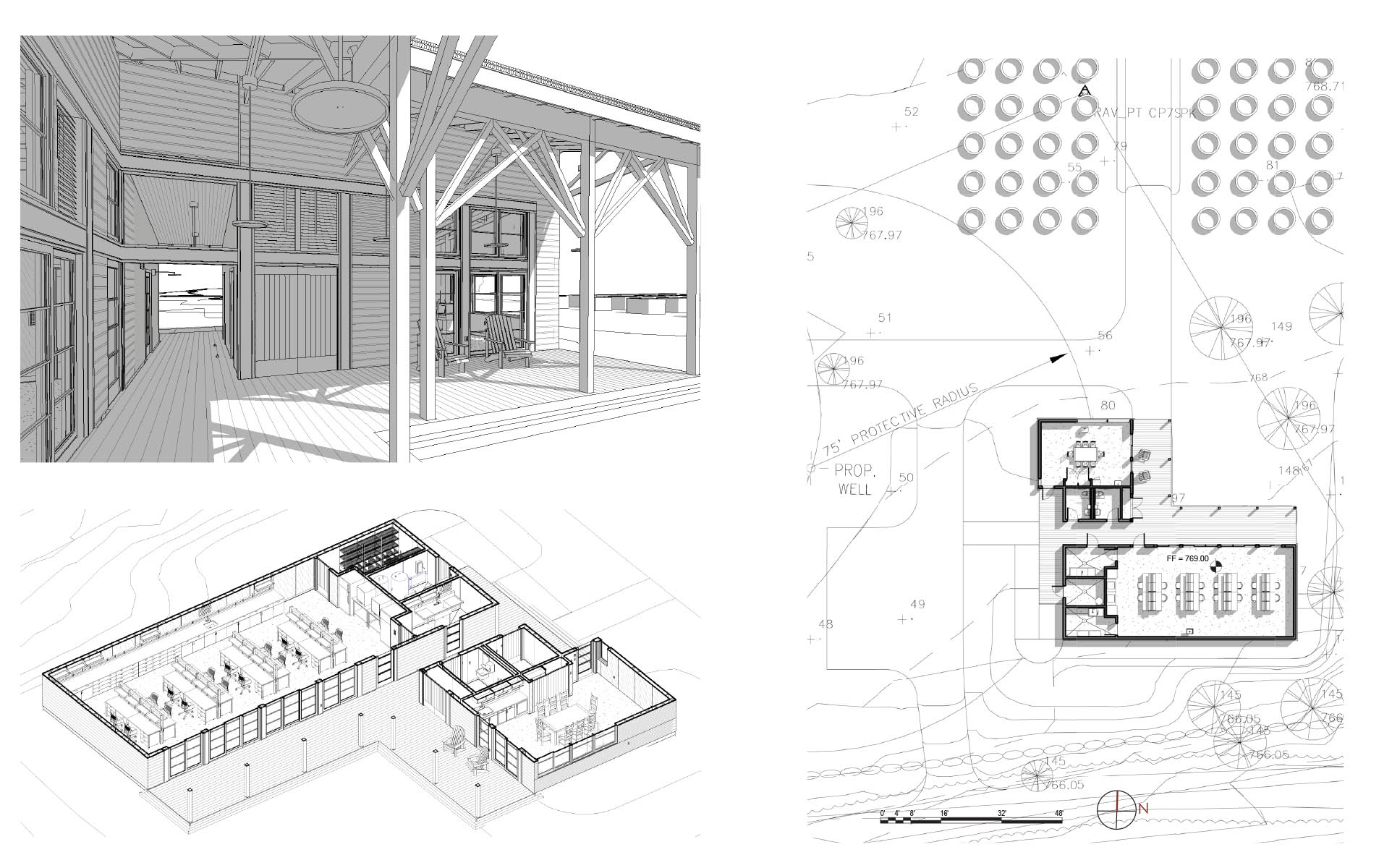 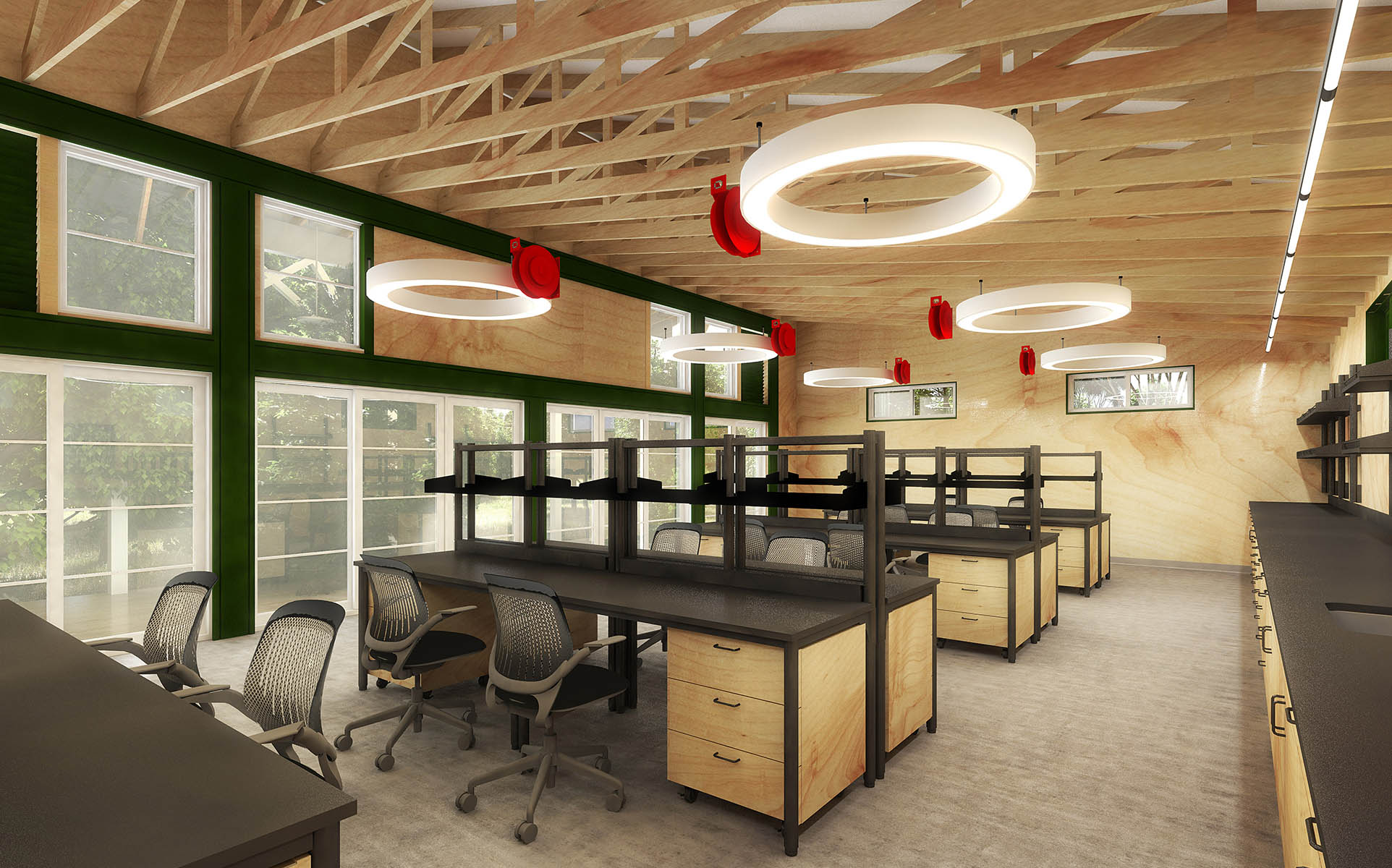 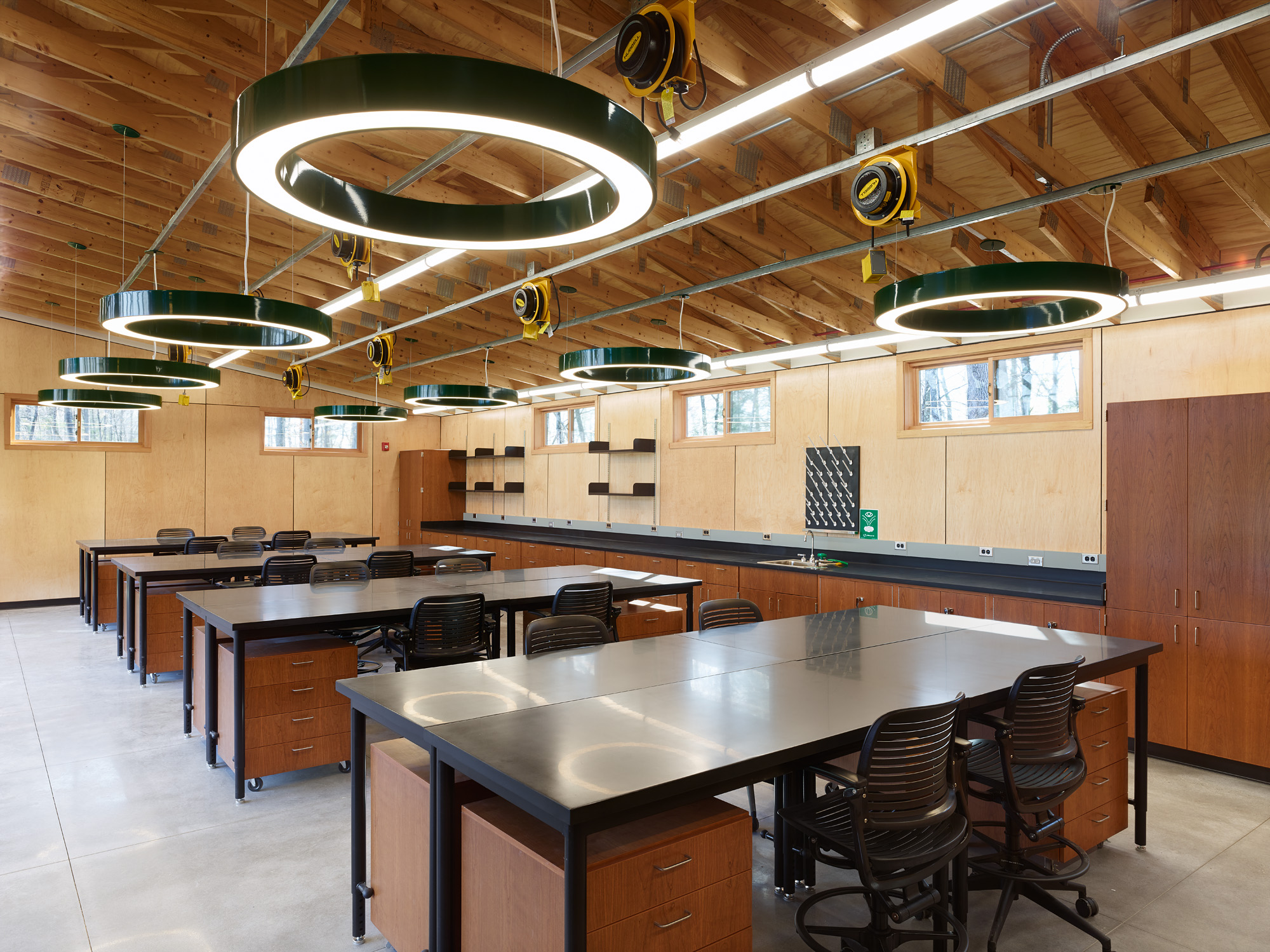 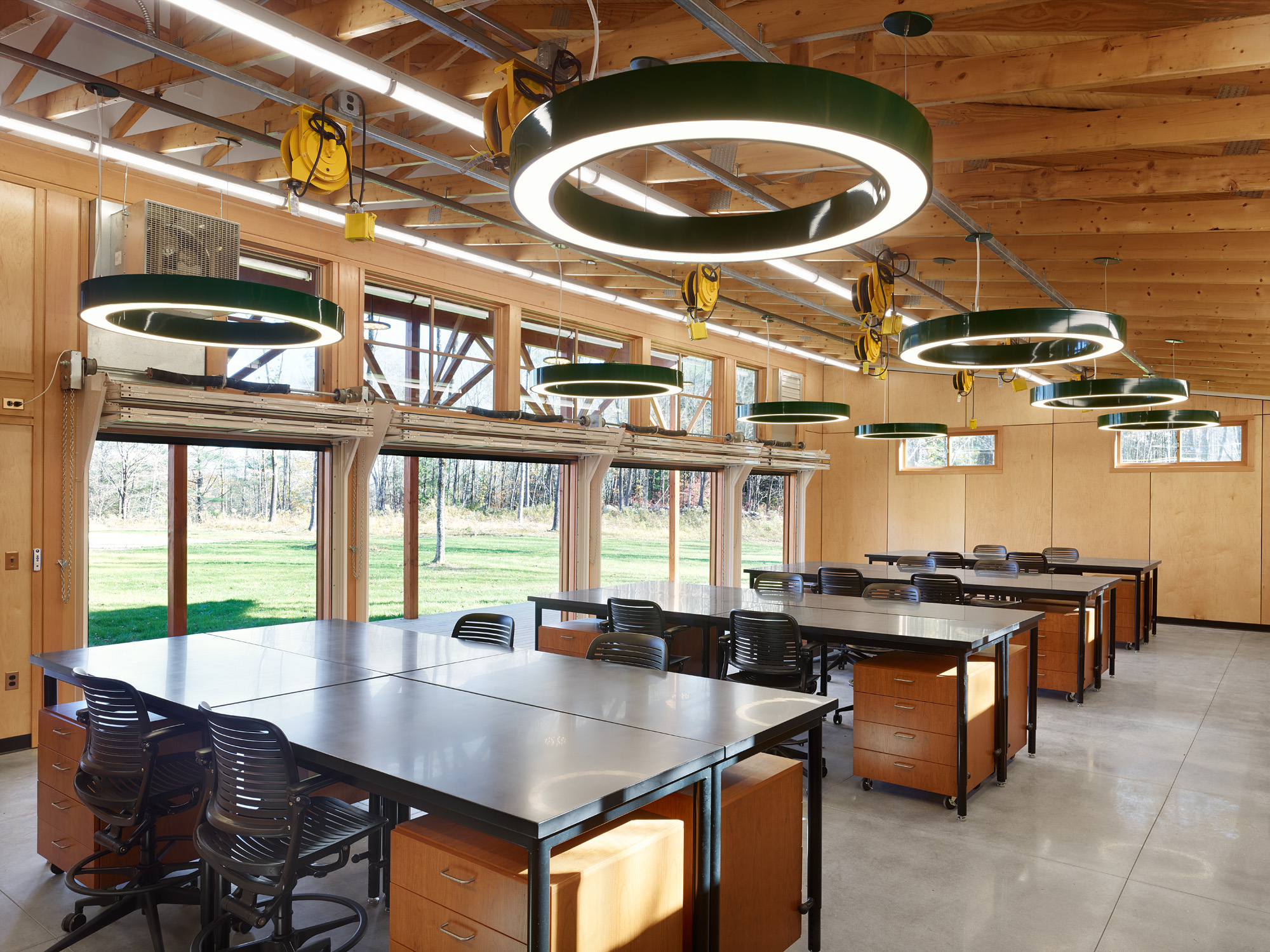 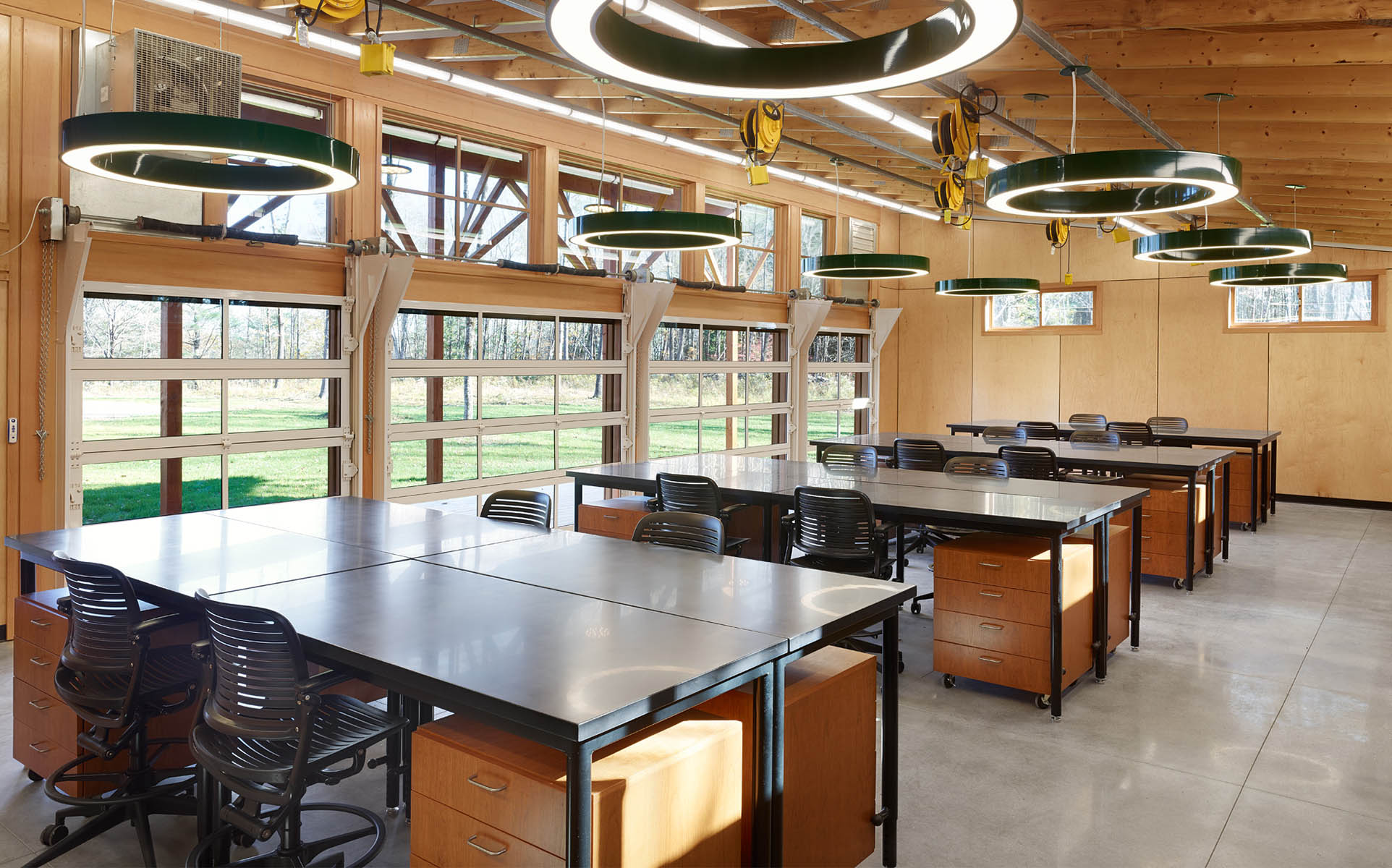 A lab in the woods
Following the comprehensive renovation of Greeley Memorial Lab on Yale’s campus for the School of Forestry & Environmental Studies, an alumni donor stepped forward to fund the creation of an outpost mini-version of the Greeley Lab to pursue similar research in the 7800-acre Yale Myers Forest located in northeastern Connecticut.

This project started with conceptual renderings and budgeting to ensure that the donor’s intentions were being fulfilled. With funding secured, the design was solidified, and construction was completed in the fall of 2017. The new building consists of a large central lab that accommodates up to sixteen researchers, an adjacent prep room and an environmentally controlled herpetarium. Under the same roof but in a semi-detached wing is a common meeting room and rest rooms.

An integral part of the design is the site, which is where much of the research occurs. Directly connected to the lab via an expansive L-shaped deck, an adjacent field is subdivided into forty-eight small plots containing clusters of water and electrical connections. Each plot can be setup to suite individual researcher’s needs, several of which will be water-filled cattle troughs to raise tadpoles. The entire side of the lab opens to the deck via large glass overhead doors and retractable screens, bringing the outside in and visa-versa.

Backstory
Supporting the roof over the deck are columns inspired by the forest trees and by Paul Rudolph’s Greeley Lab, which (located at the school’s central campus) also includes “Y” (or tree) shaped concrete columns supporting its roof.

Context
Located about a quarter mile from the School of Forestry’s camp down a seldom traveled gravel road lined with “Wolf” Trees (which were told not to touch!).

What You Don’t See
The disappearing insect screens that, at a push of a button, automatically descend from above each overhead door, allowing research to continue without pesky bug bites.

Best Use
Supporting the School of Forestry’s ongoing projects & research (from studying climate change to learning how to track animals) without leaving the woods.