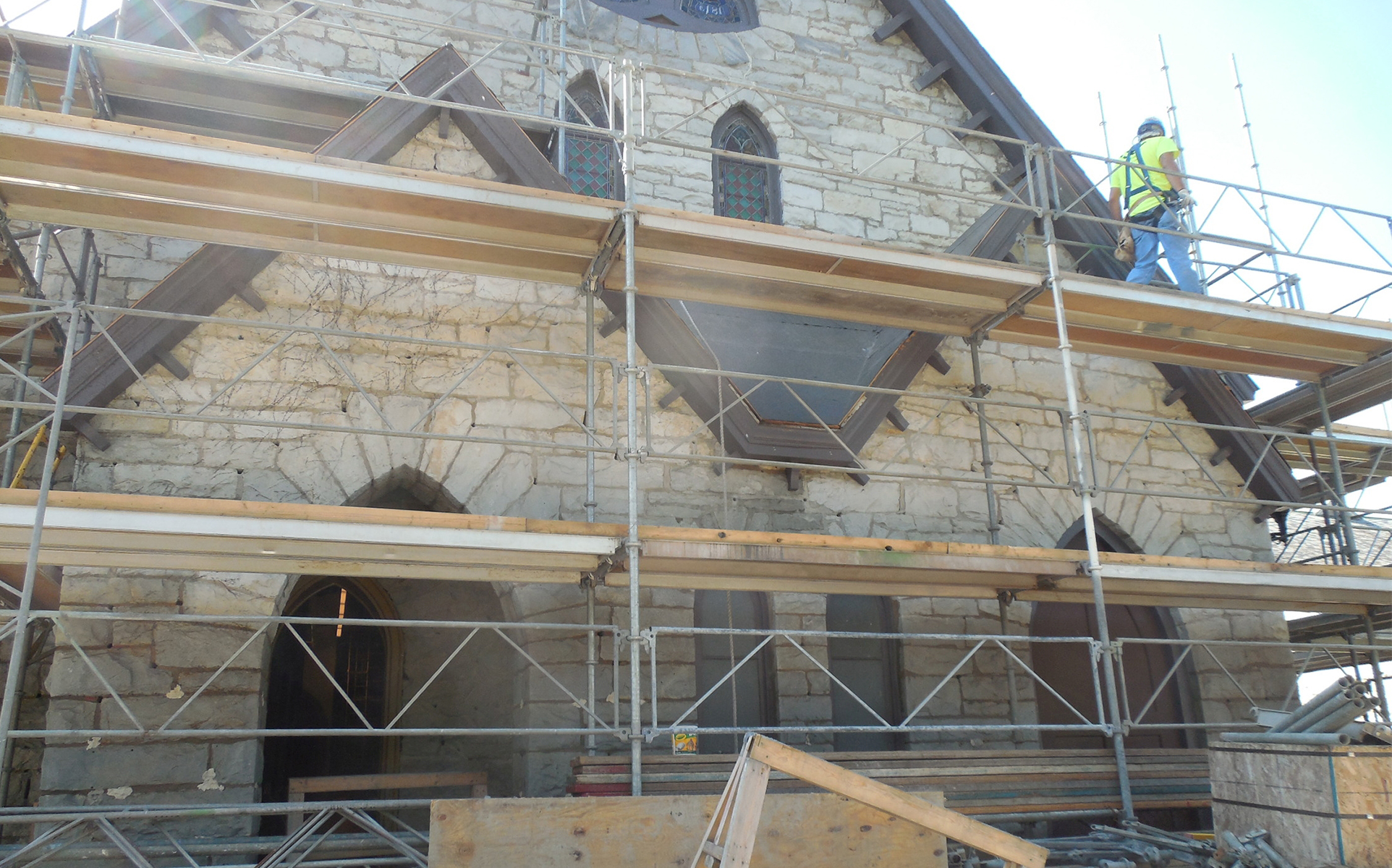 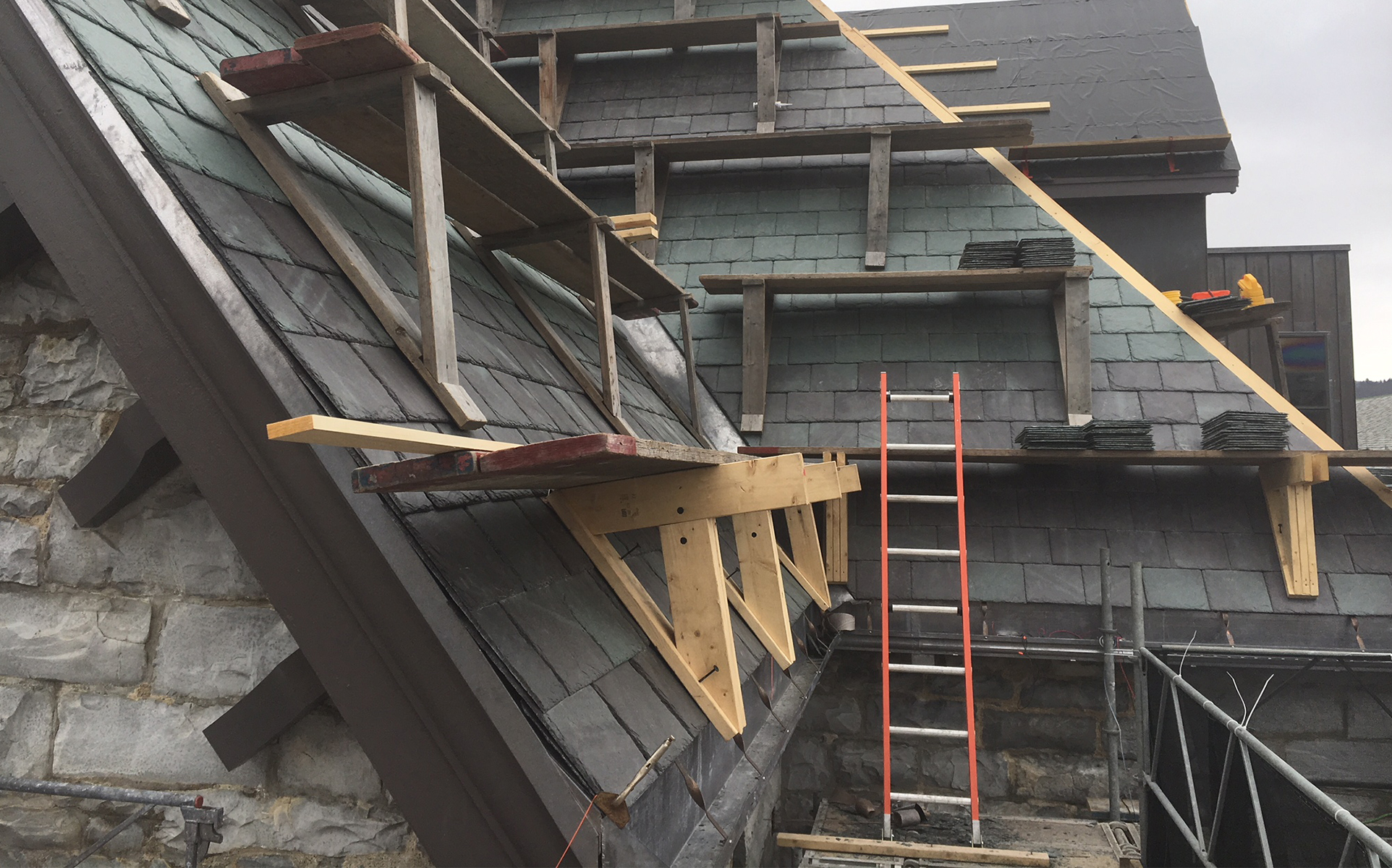 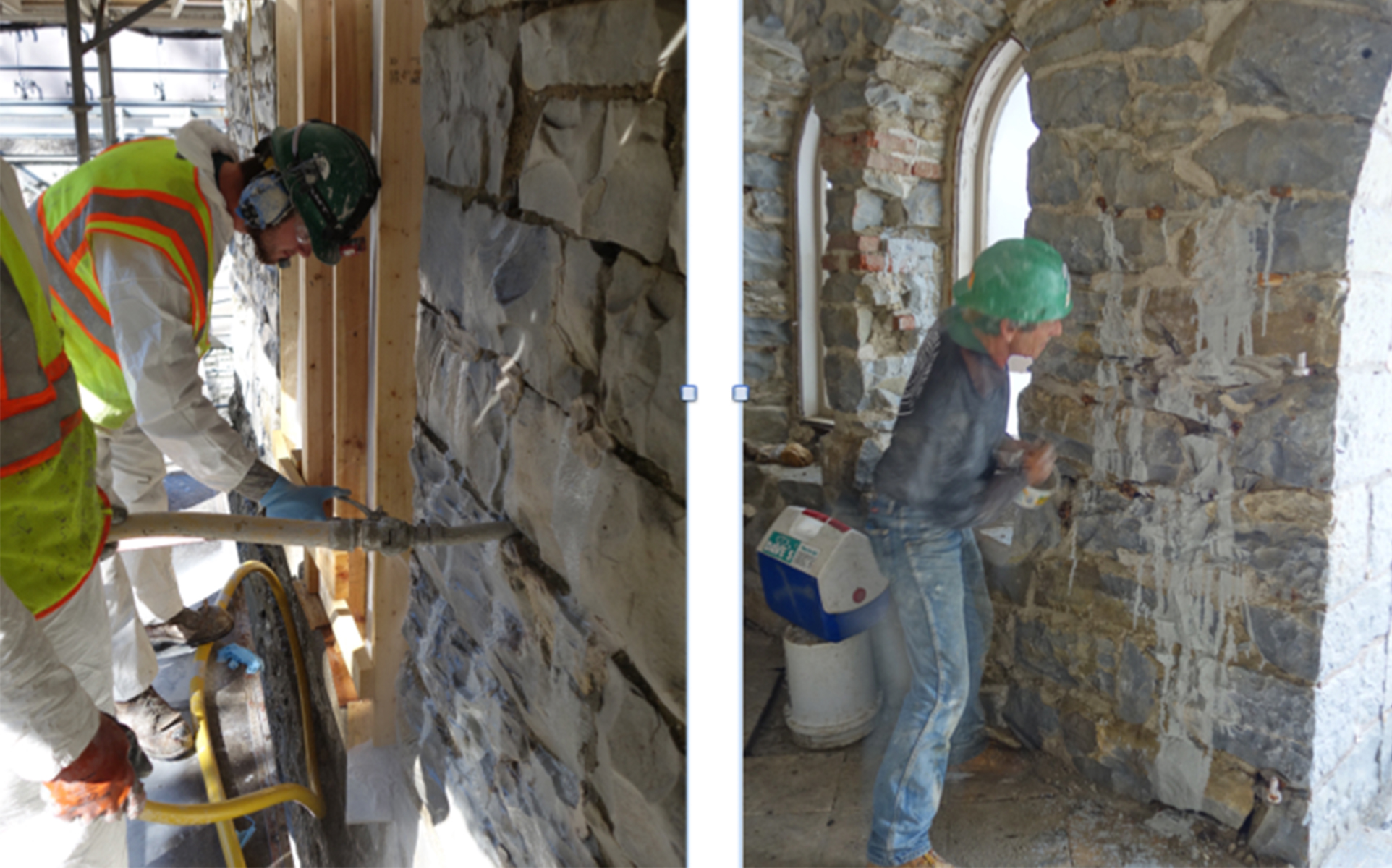 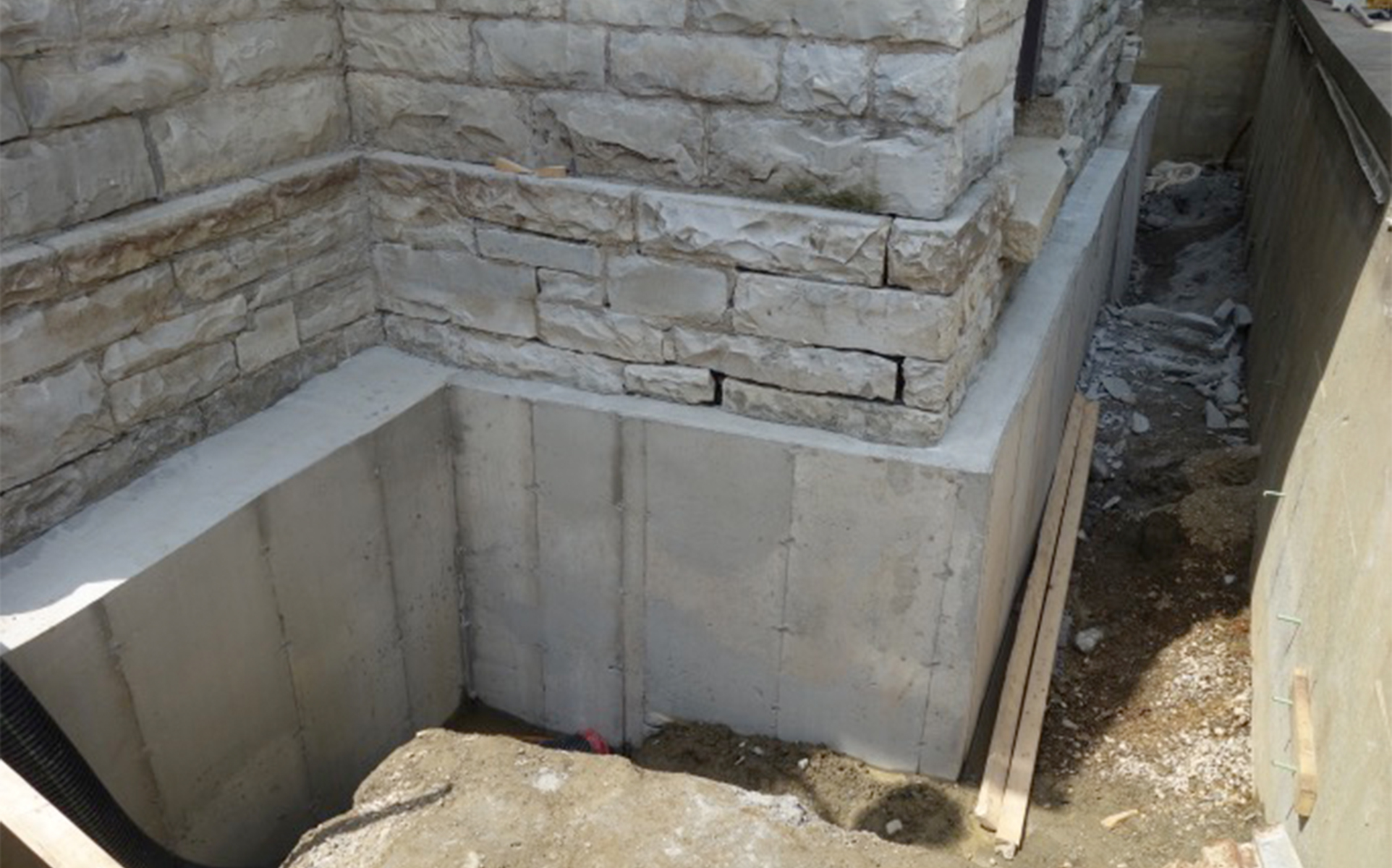 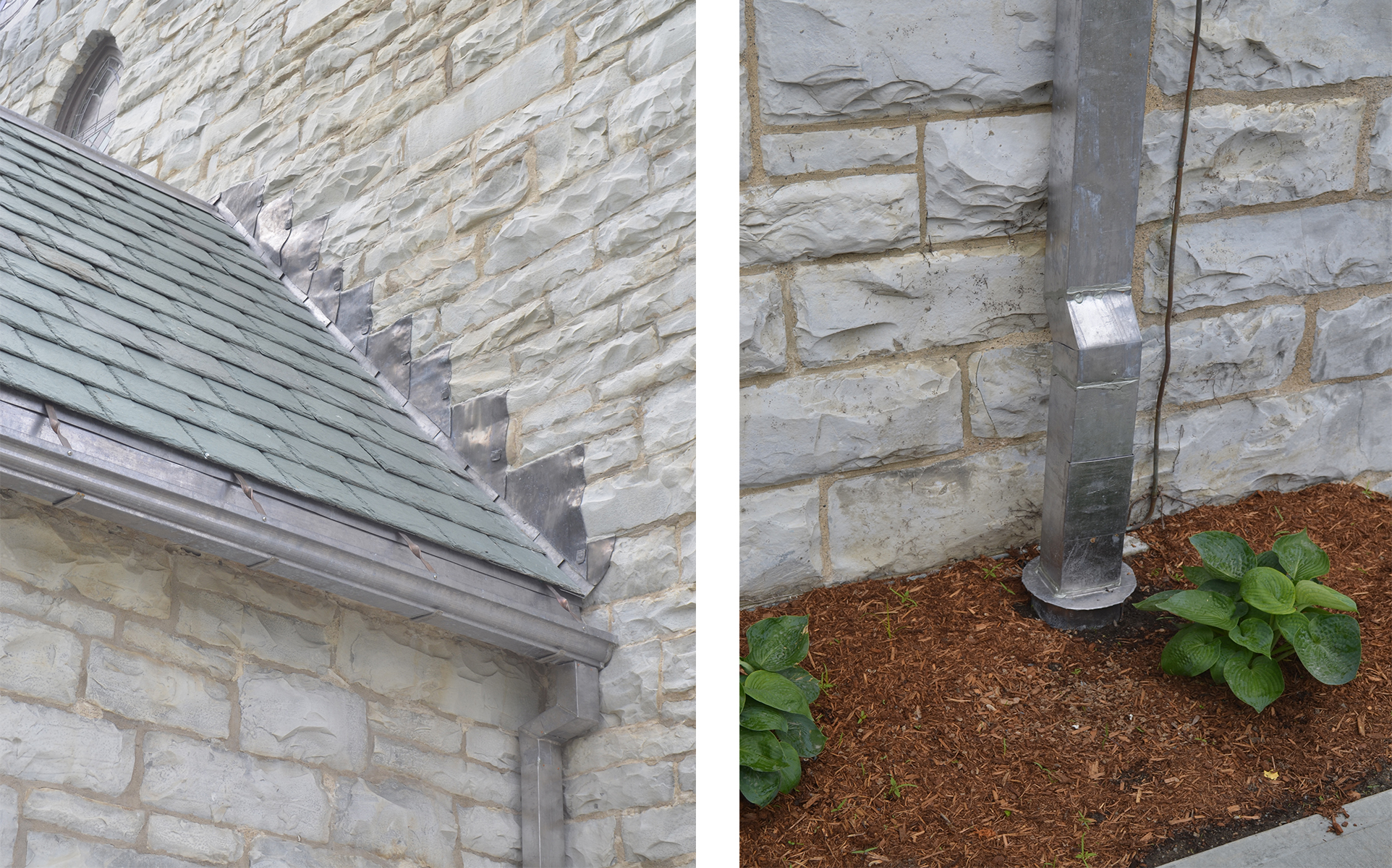 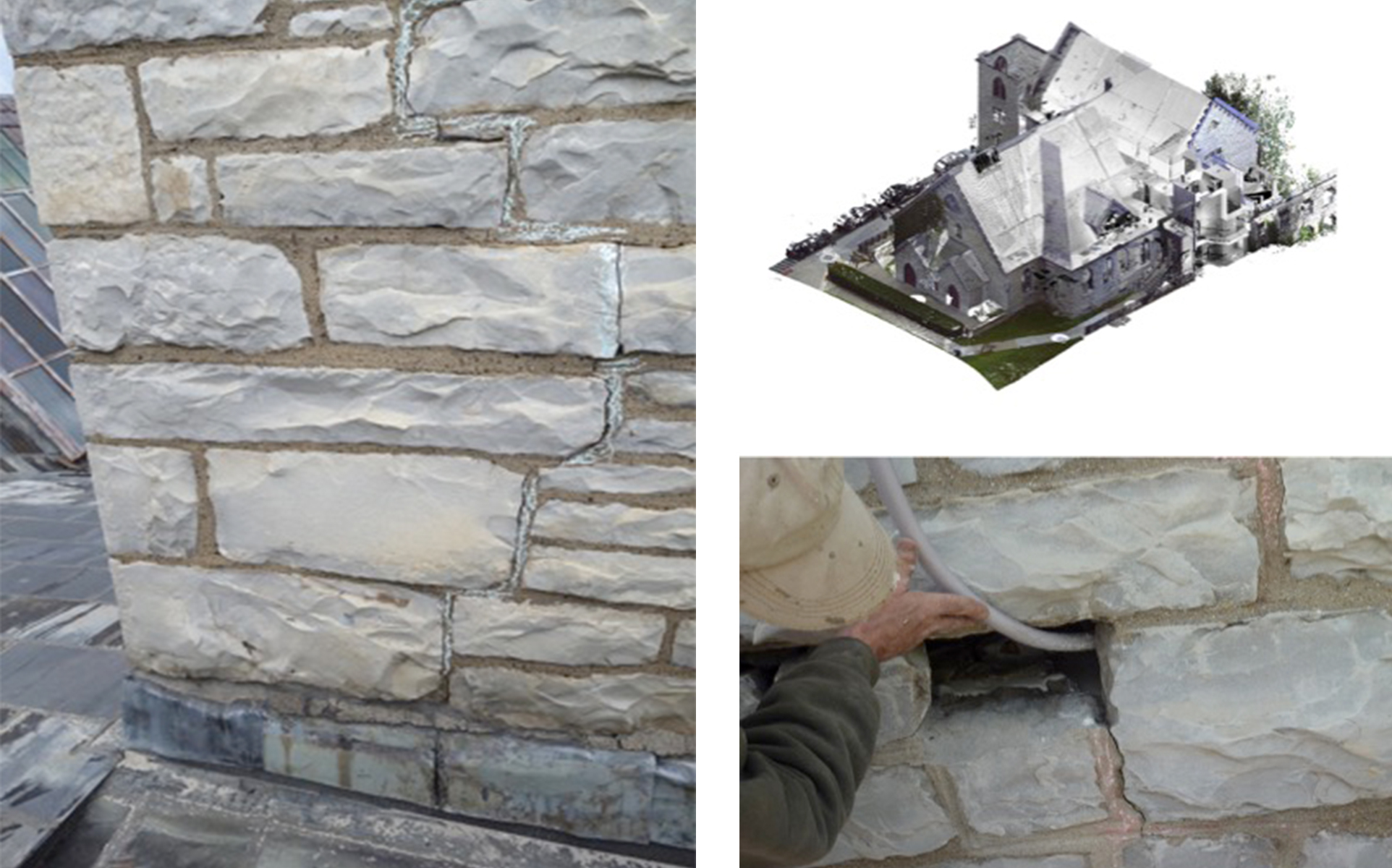 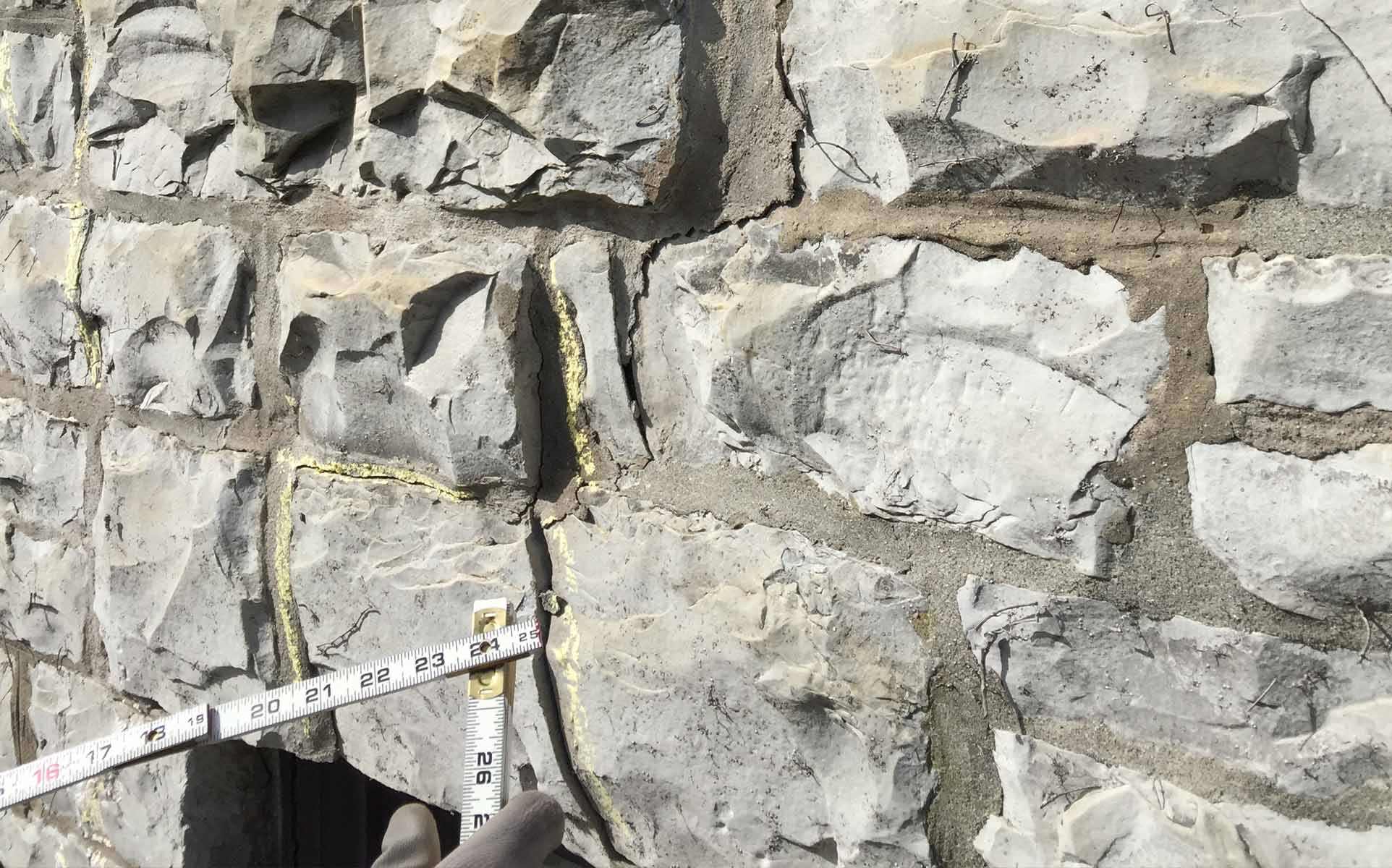 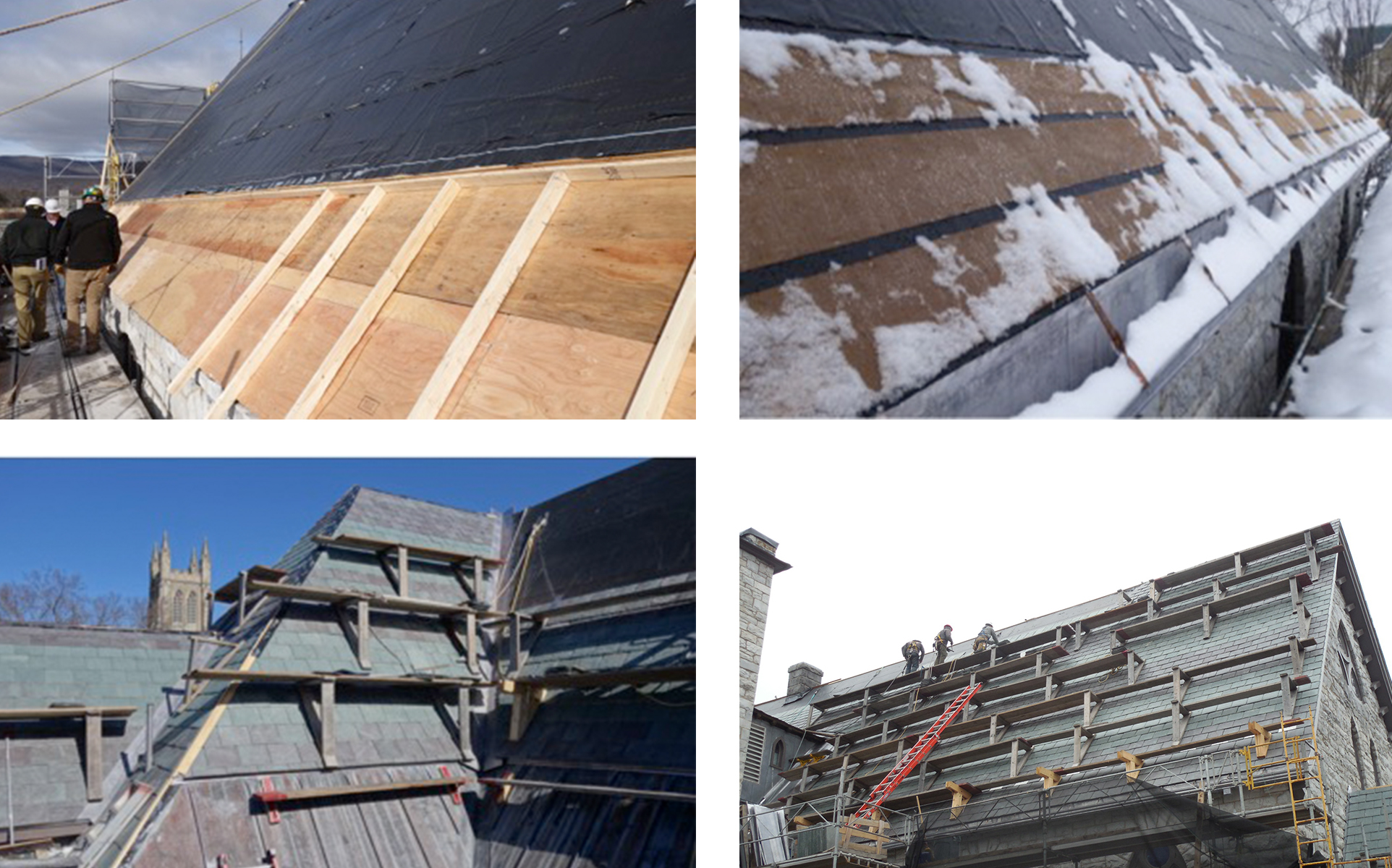 A rock solid (gothic) revival
Originally constructed in 1859 as a church, in the 1990’s Goodrich Hall began exhibiting problematic structural conditions that could only worsen over time. First of all, 2 ft. thick rough cut limestone bearing walls were losing the mortar that was intended to hold them together. Second, the originally under-designed roof truss system was spreading apart, exacerbating the wall deficiencies that could no longer (if ever) rigidly resist their lateral thrust.

As the mortar gradually turned to sand, it filtered out of the walls over time, leaving the building with virtual dry stone bearing walls. To make matters worse, the randomly shaped relatively brittle limestone masonry shared minimal bearing points, causing visible cracks in the stone that reduced their mass, further weakening the wall.

Re-pointing, which had been attempted several times, was an insufficient “cosmetic” fix. A more engaging penetration of grout was necessary. Early in the design phase tests were performed using a viscous relatively low strength grout that freely flowed into the voids between the stone. Controlling the grout as it flowed through the voids into the building became another complication, requiring the removal of the interior finishes so workers could dam the mortar joints with modeling clay.

From above, below and with no discernible difference, the roof trusses were reinforced with structural steel plates, channels and gussets. The resultant bowing of the walls was checked but not reversed, leaving a historical imprint on the building that records the technological challenges older buildings present.

Backstory
Goodrich Hall is a Gothic Revival limestone building originally constructed in 1859 to serve as the college chapel, alumni hall, and classroom space.

Context
Centrally located on main campus, the building is currently used by The Office of Student Life that operates the Goodrich Coffee Bar where it serves as a vibrant hub of student activity that is used for socializing, studying, and hosting events.

Nuts & Bolts
Mechanical, IT and electrical systems were upgraded to current standards as part of the scope of work.

What You Don’t See
Cracks. Or any sign that stone façade was ever anything less than rock solid.

Best Use
Meeting up with friends to grab breakfast in the morning, tea in the afternoon and/or live music at night.