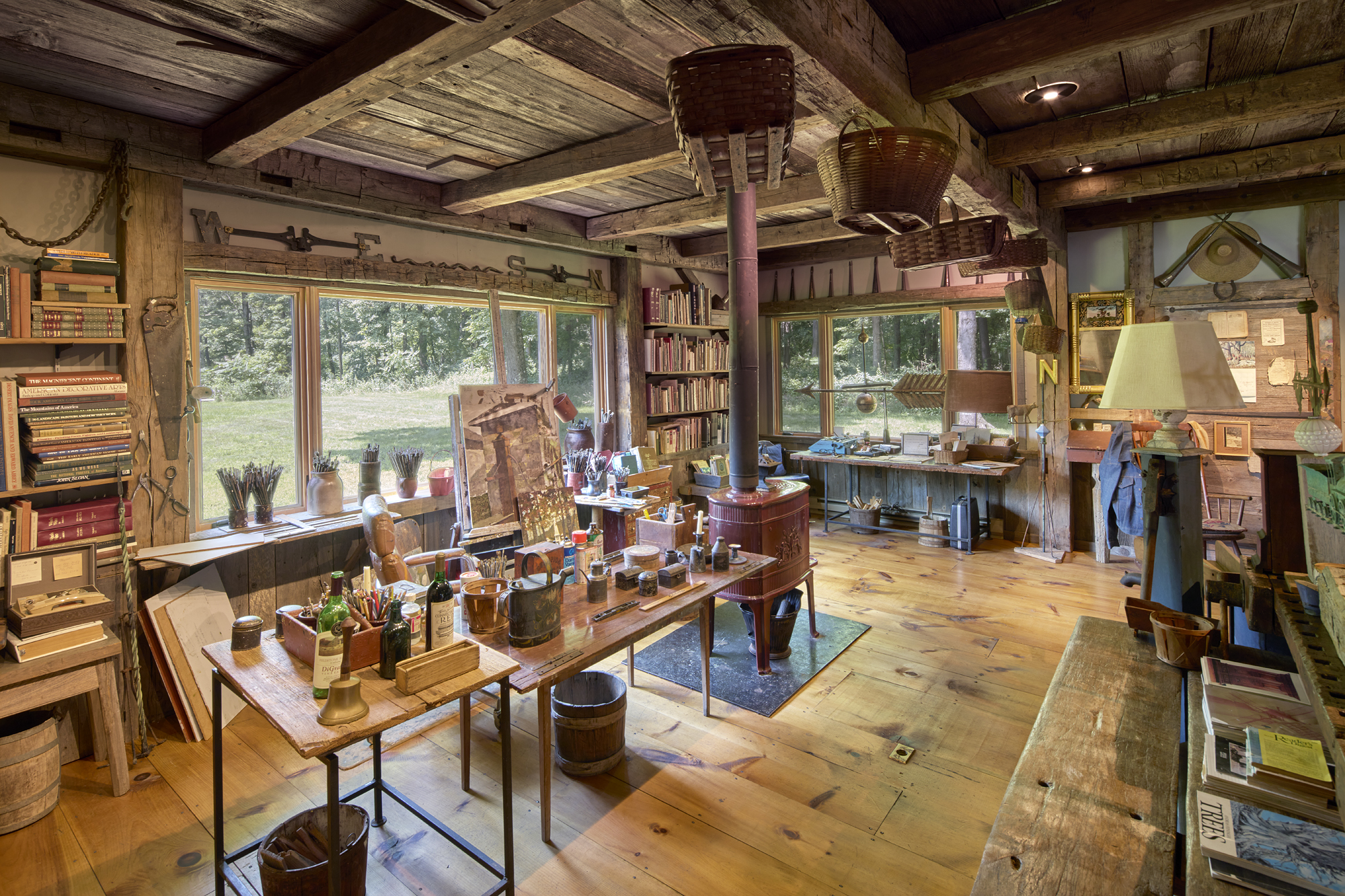 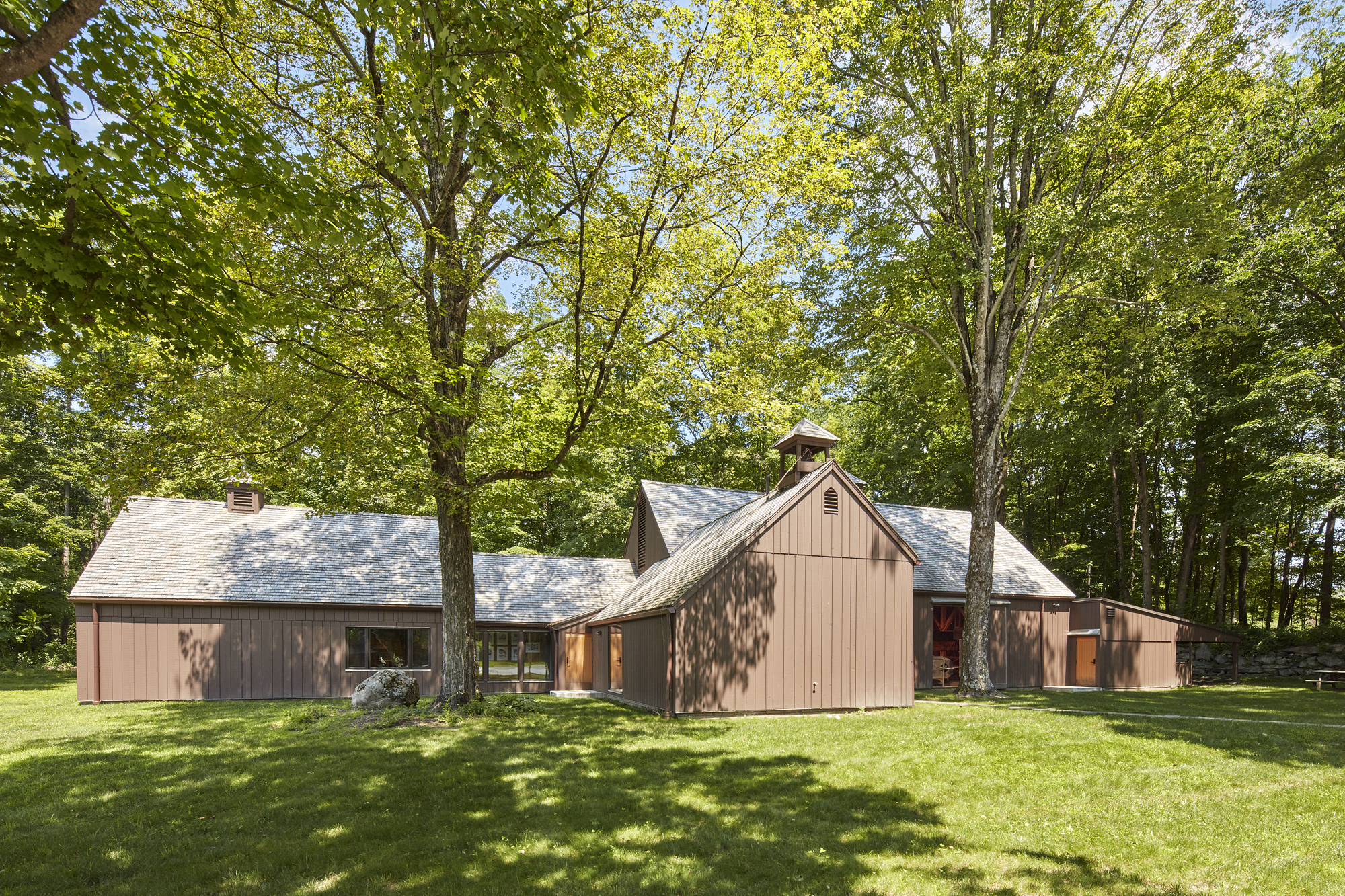 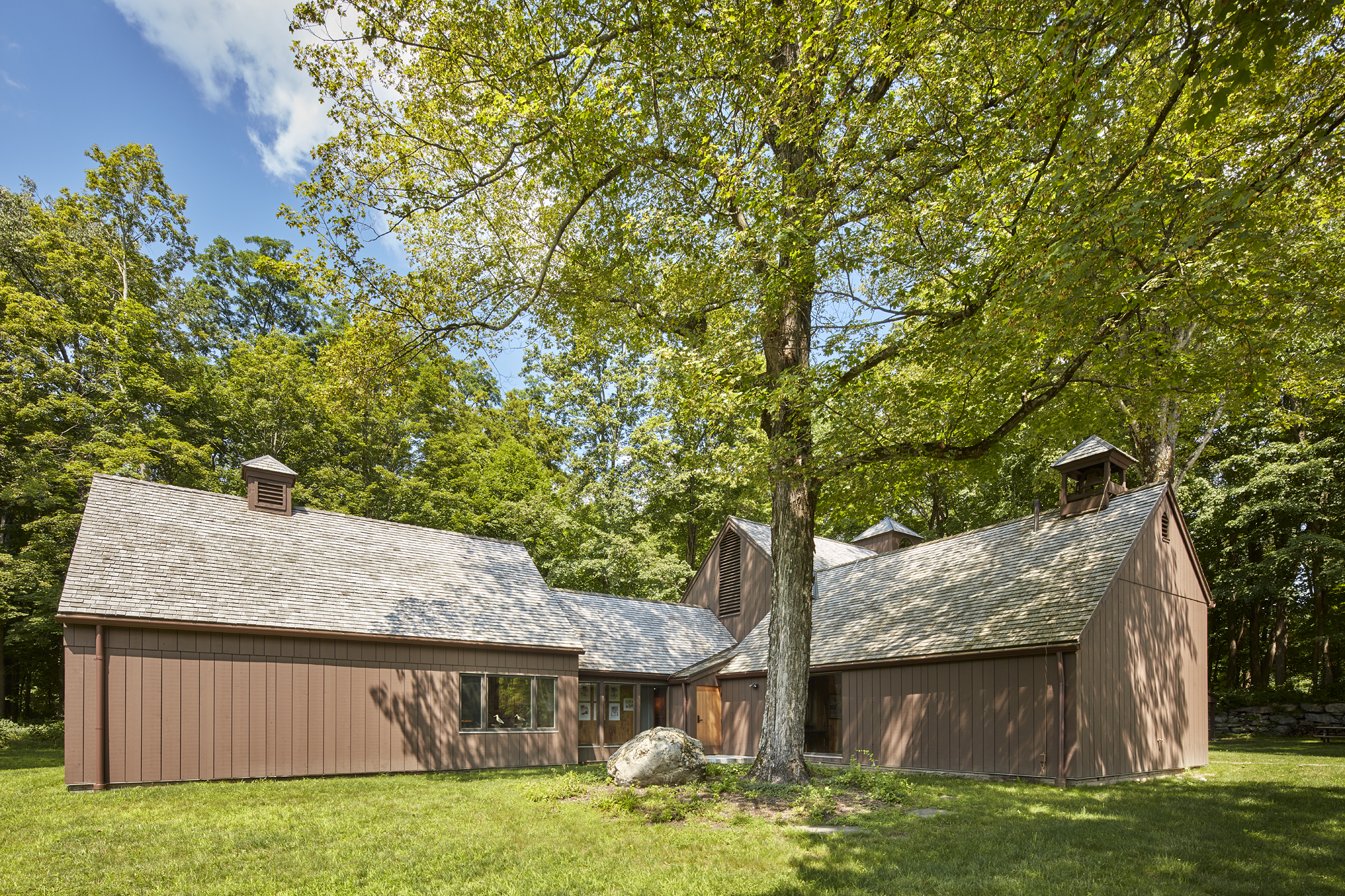 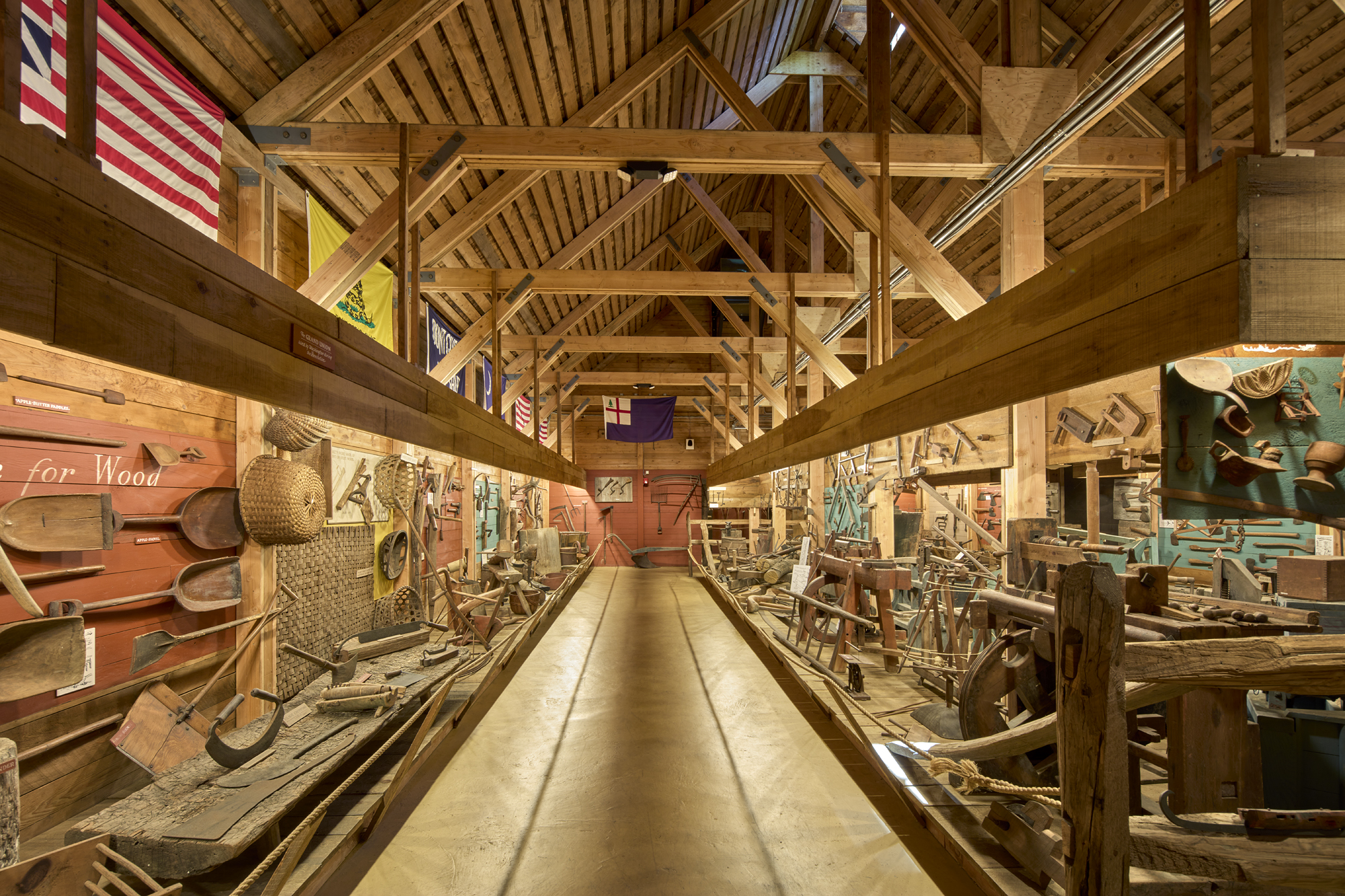 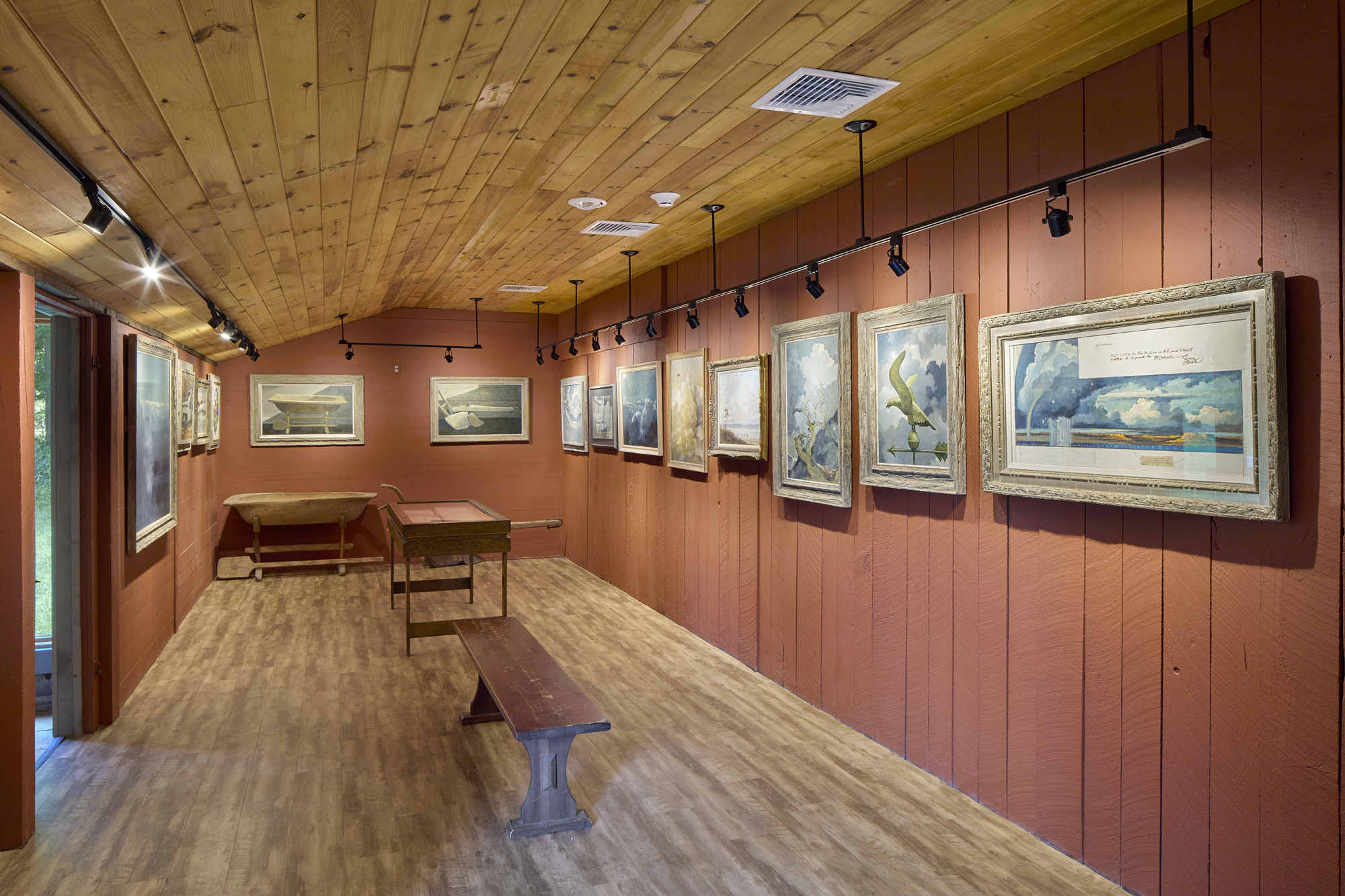 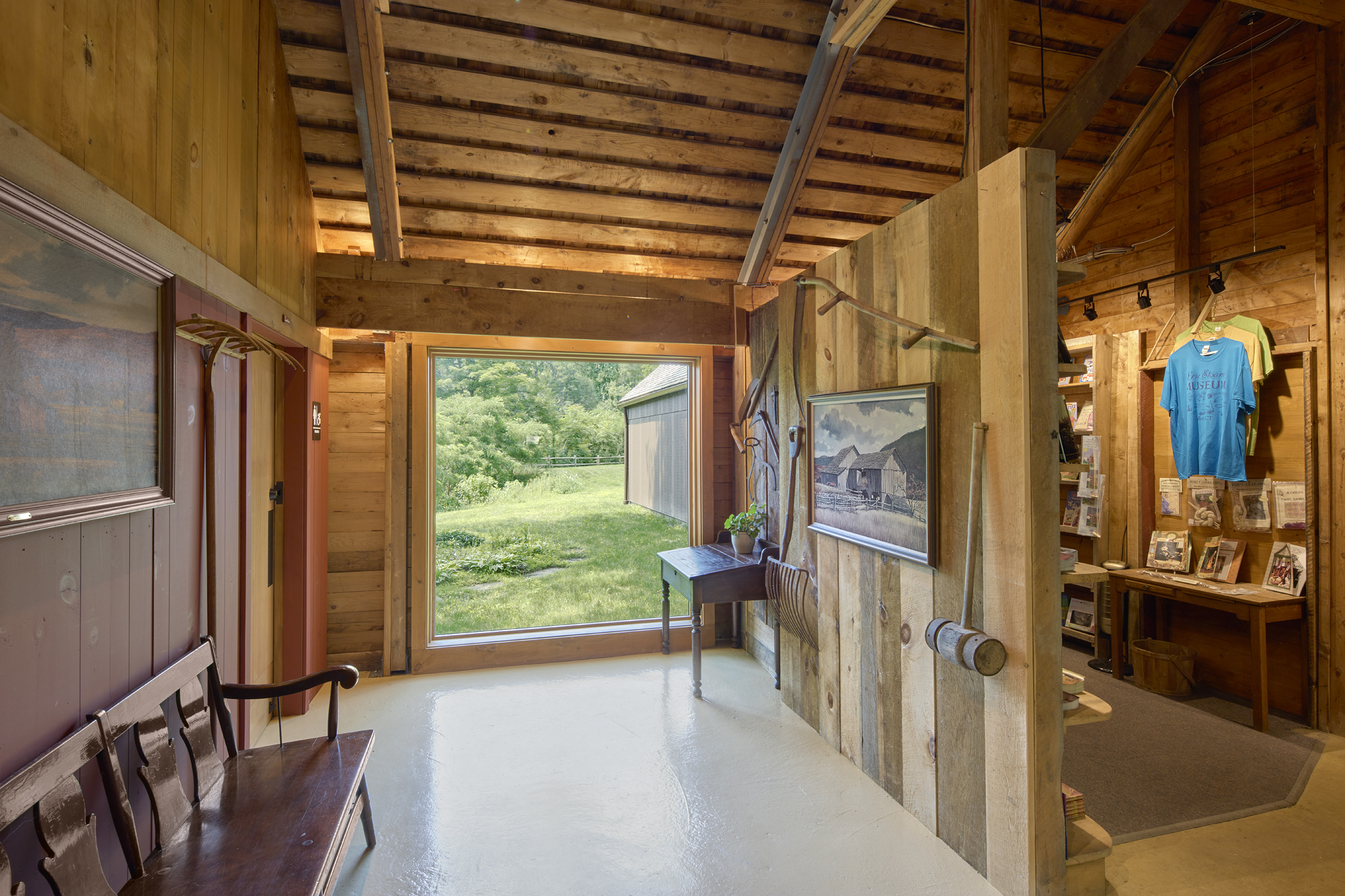 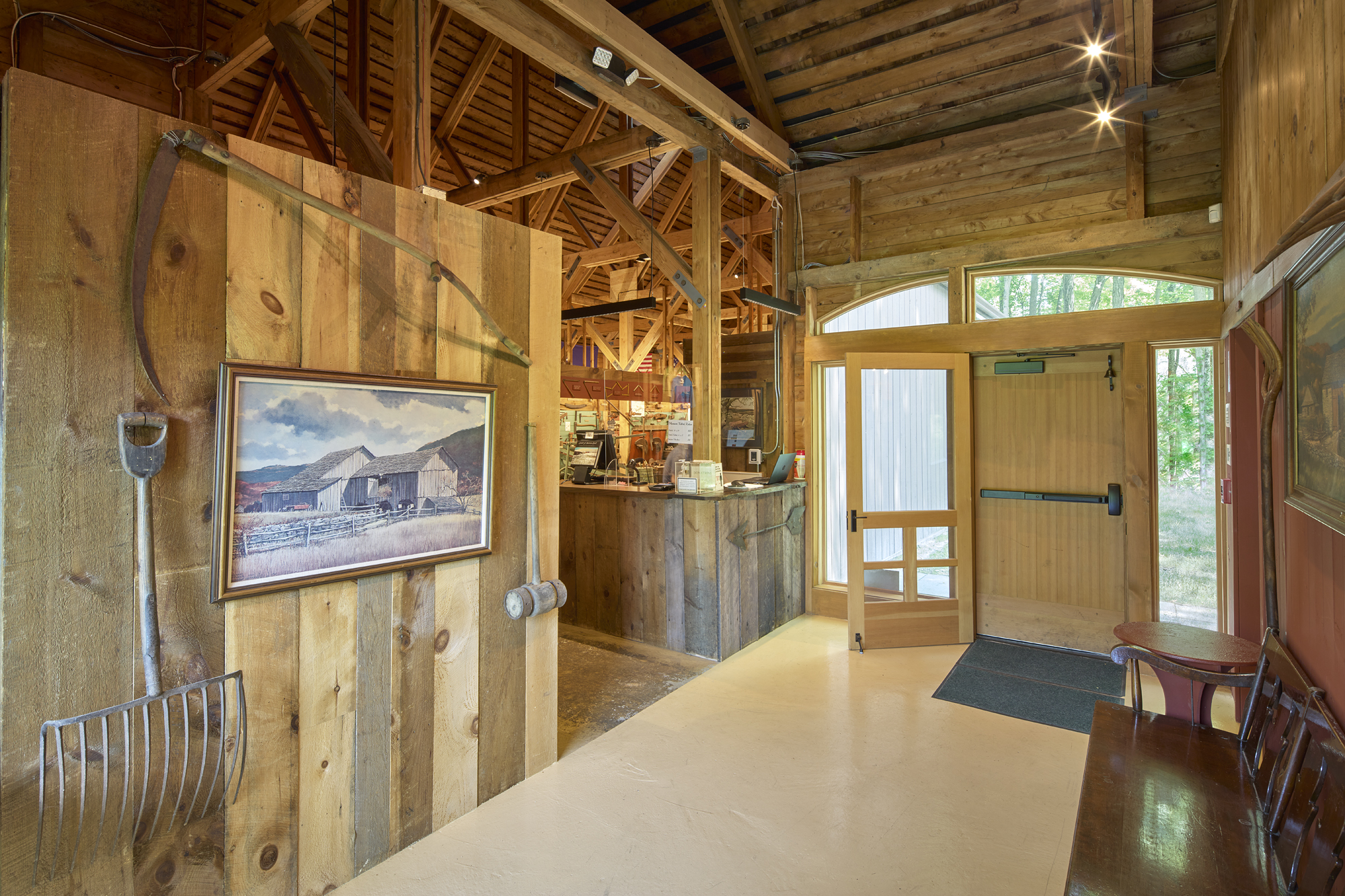 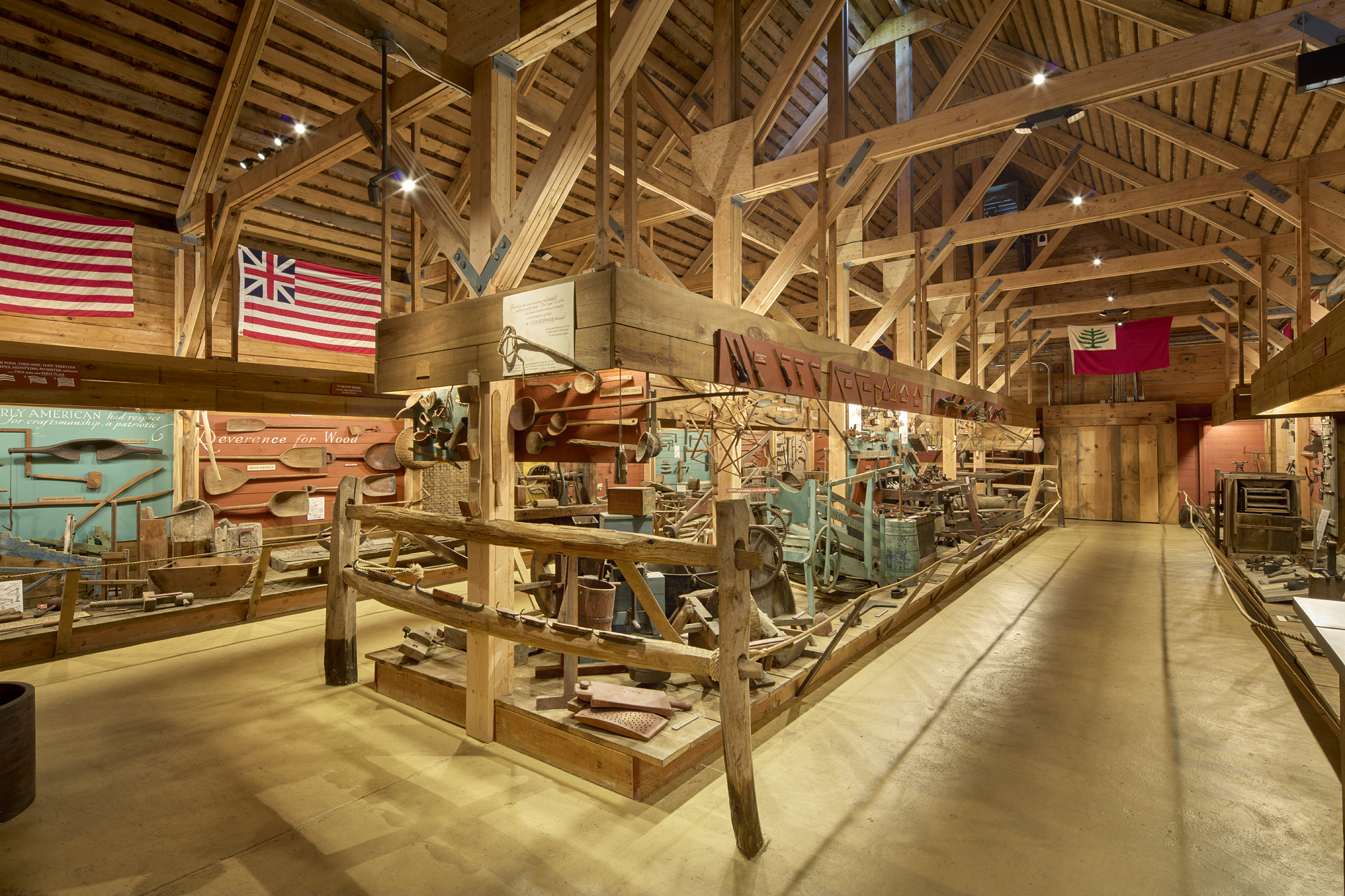 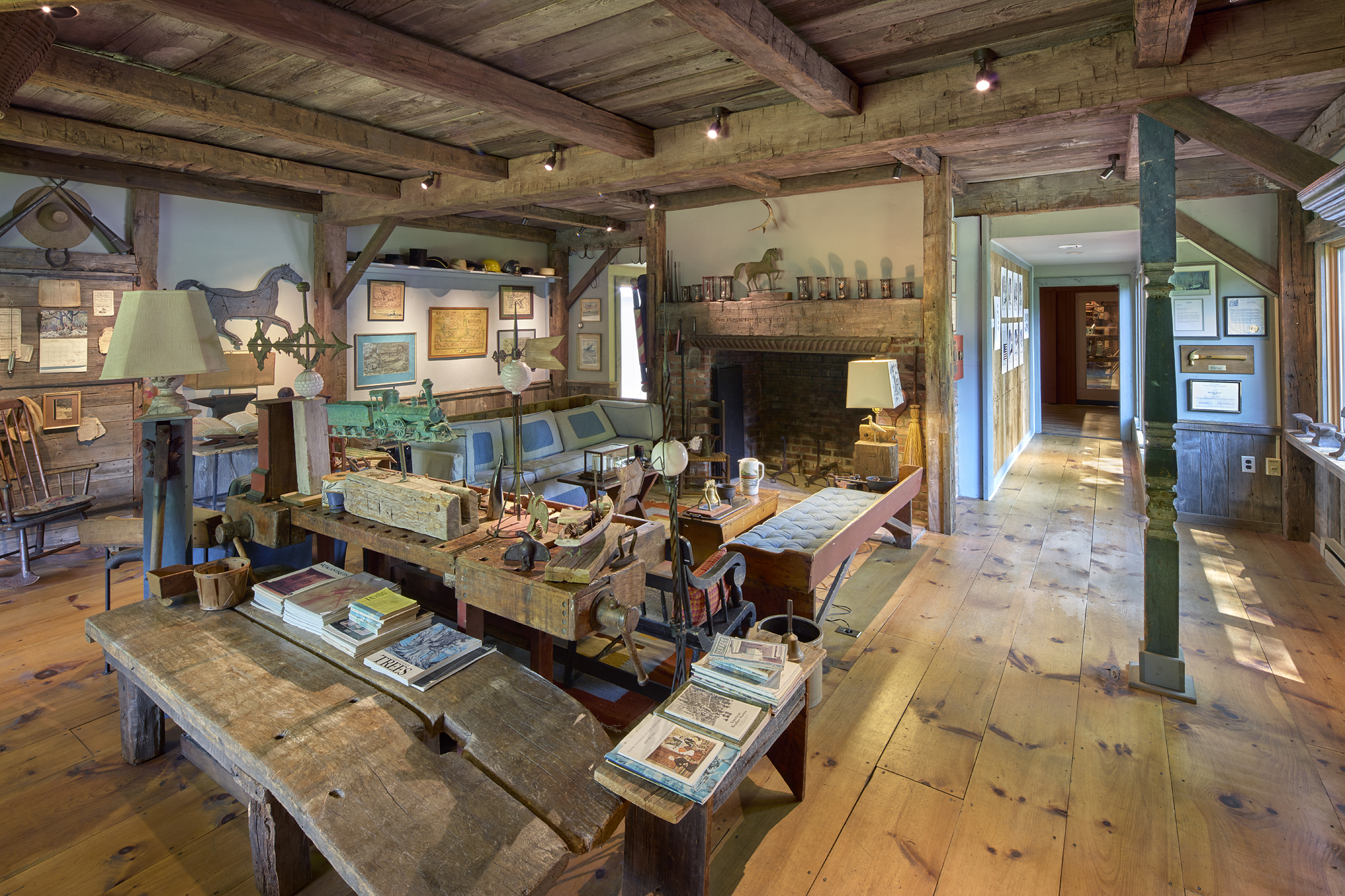 A Historic Collection of Art and early American Tools
The Eric Sloane Museum, on the riverside site of the historic Kent Furnace, is a 60-year-old, State owned barn-like assemblage built by the author/artist Eric a Sloane to display his collection of early American tools, his paintings, and a complete replica of his studio. Not just the contents, but the entire building is an exhibit, making any rehabilitation a very tricky prospect. Built by Eric himself and subject to few regulations, age and building codes have caught up and the building was due for life safety, envelope and accessibility improvements.

CWA , along with GNCB and Landmark Engineers, produced a study that addressed all the code, infrastructural and building envelope issues while maintaining the integrity of Eric’s vision and carefully curated collection. To generate more uses for the museum, the State requested that we study options that included community meeting space additions, a function for which requests are often made. The study, which prioritized tasks based on projected longevity, secured funding for construction, which was bid and completed in May 2020.

The exterior siding, windows and doors were replaced while on the interior the fire alarm, lighting and rest rooms were upgraded to follow accessibility and life safety codes. Site drainage was improved with re-grading and storm water drainage management. An accessible bluestone walk was added to a newly surfaced permeable parking area.

Back story
Eric Sloane was born in New York in 1905 . As a child, he was a neighbor of noted type designer Frederic W. Goudy with whom he studied art and lettering. At the age of twenty Sloane left home working his way across the country as a sign painter. He created advertisements, unique hand calligraphy and lettering which later became a characteristic of his illustrated books.
Sloane’s best-known books are A Reverence for Wood, which examines the history and tools of woodworking, as well as the philosophy of the woodworker; The Cracker Barrel, which is a compendium of folk wit and wisdom; and Diary of an Early American Boy: Noah Blake-1805, based on a diary he discovered at a local library book sale.

Context
The Eric Sloane Museum is located north of Kent village, on the west side of US Route 7. The museum houses a collection of antique hand tools collected over many years by Eric Sloane. The museum building, which served as Sloane’s art studio, was given to the state in 1969 by the Stanley Works tool manufacturer. It also has displays related to the industrial uses of the site in the 19th century.
The Eric Sloane Museum & Kent Iron Furnace is operated by the state of Connecticut to highlight Sloane’s original artwork, a reproduction of his studio, and his collection of early American tools. Sloane’s gravesite is also found on the Museum’s property in Kent, CT.

Nuts & bolts
The collection tells a fascinating story about bygone times and the great American heritage of craftsmanship. Sloane’s career as an artist comes vividly alive in his studio, minutely re-created with his paint-spattered easel and rows of jars jammed with paint brushes. Examples of his artworks are displayed in an adjoining gallery. The renovation included improving the entire lighting system of the building and exhibits.
Next to the museum, Sloane himself built a pioneer cabin as described by Noah Blake in Diary of An Early American Boy, an 1805 diary published by Sloane. The Kent Iron Furnace, which is on the museum property, began production of pig iron in 1826 and continued for almost 70 years. The remains of the granite blast furnace with its Gothic arches can be seen just below the museum. A diorama explaining the local iron industry is in the museum lobby. The museum and gift shop are fully accessible

What you don’t see
The care taken to preserve the existing depth of the artist, as seen in his works and unique relationship to Americana.

Best use
Discovering this well-hidden gem during a leisurely drive through the countryside.

Client
The State of Connecticut