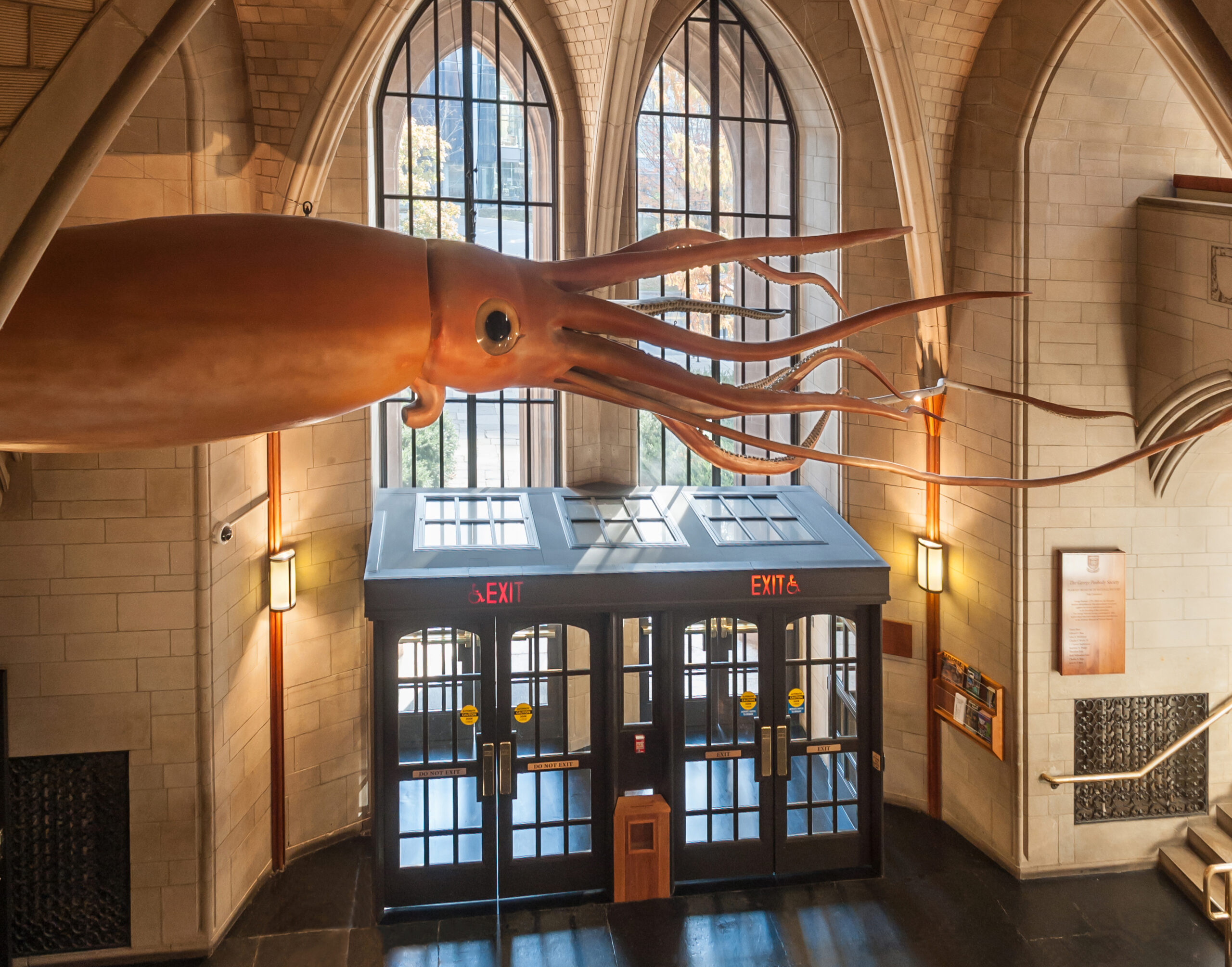 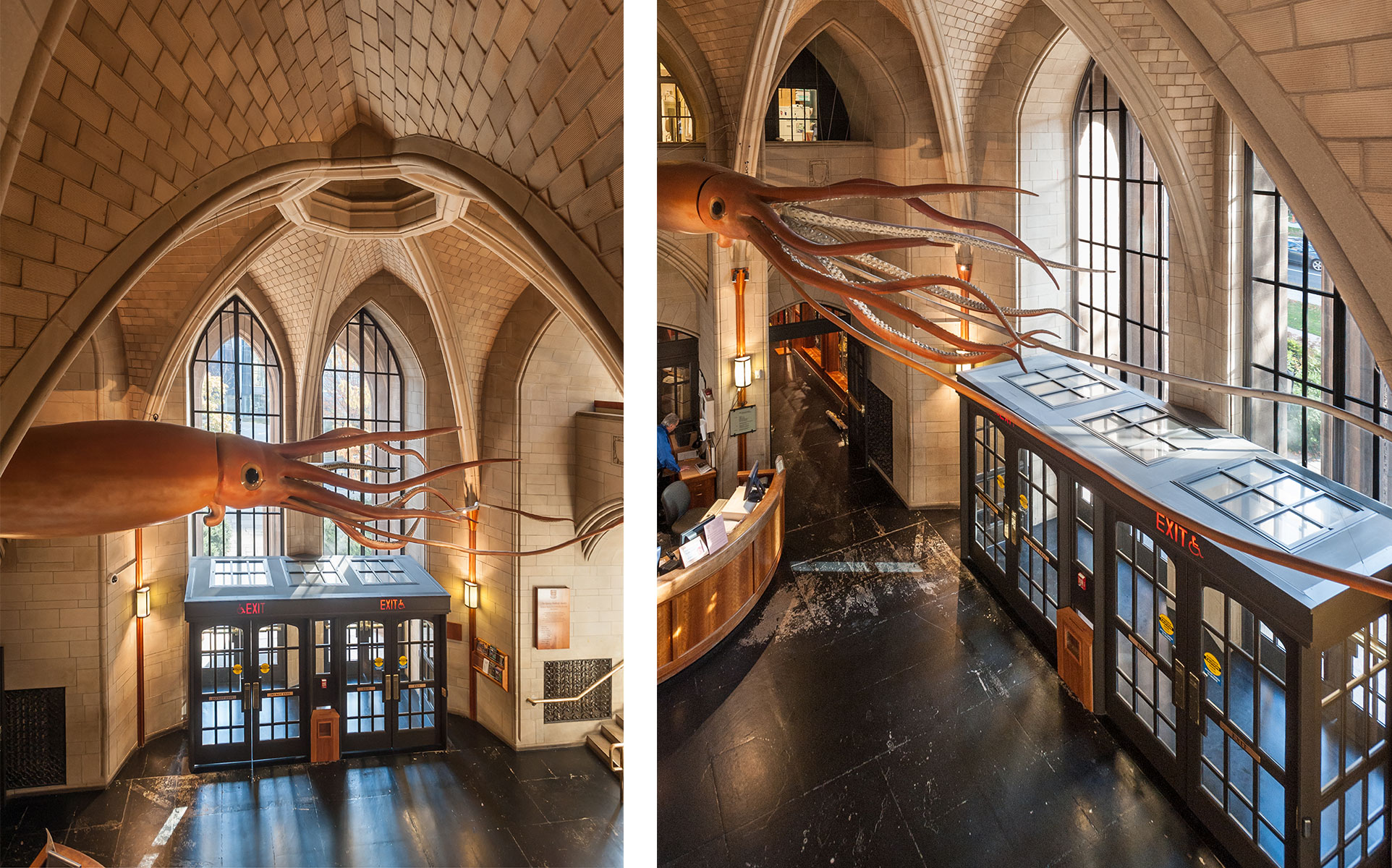 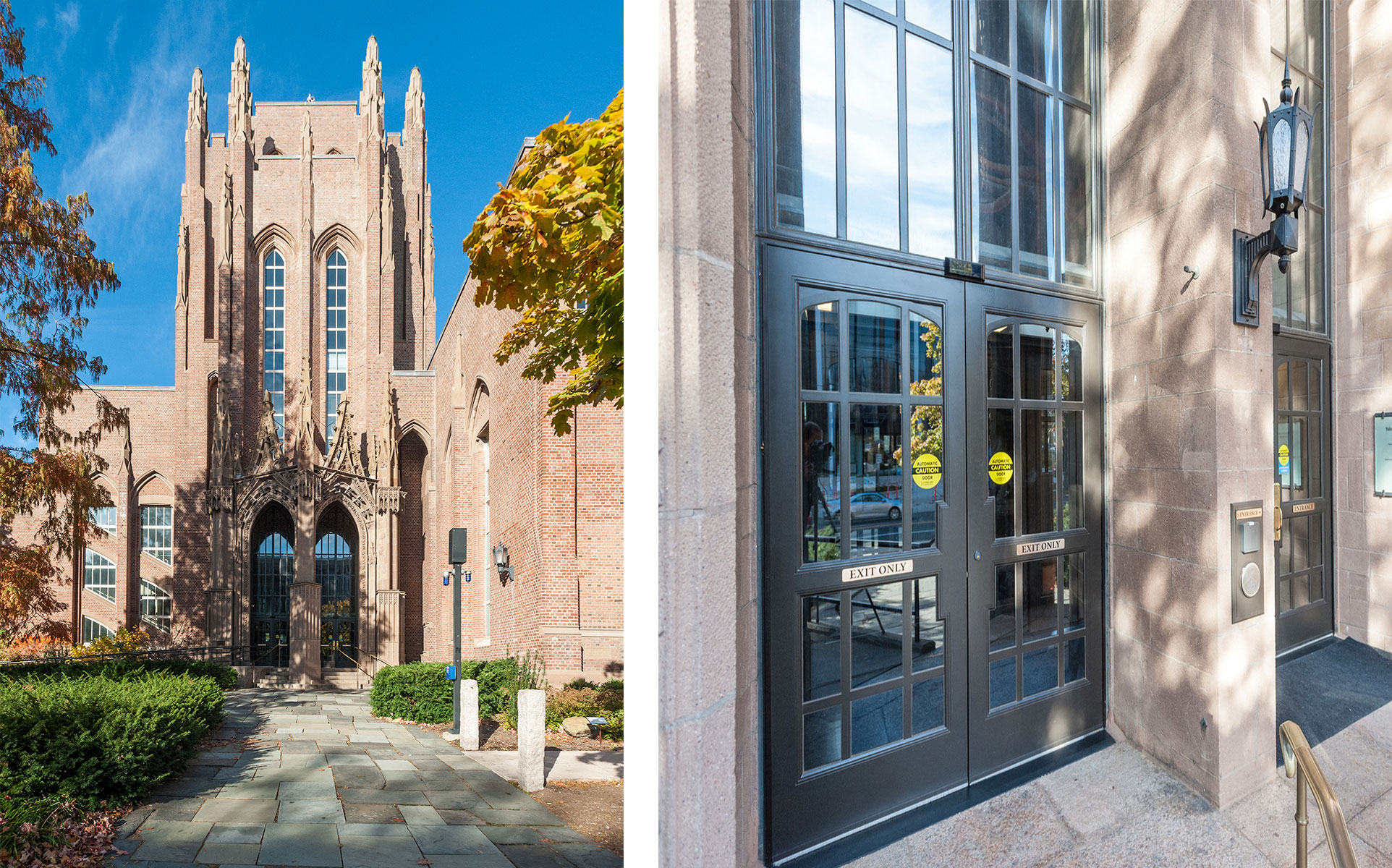 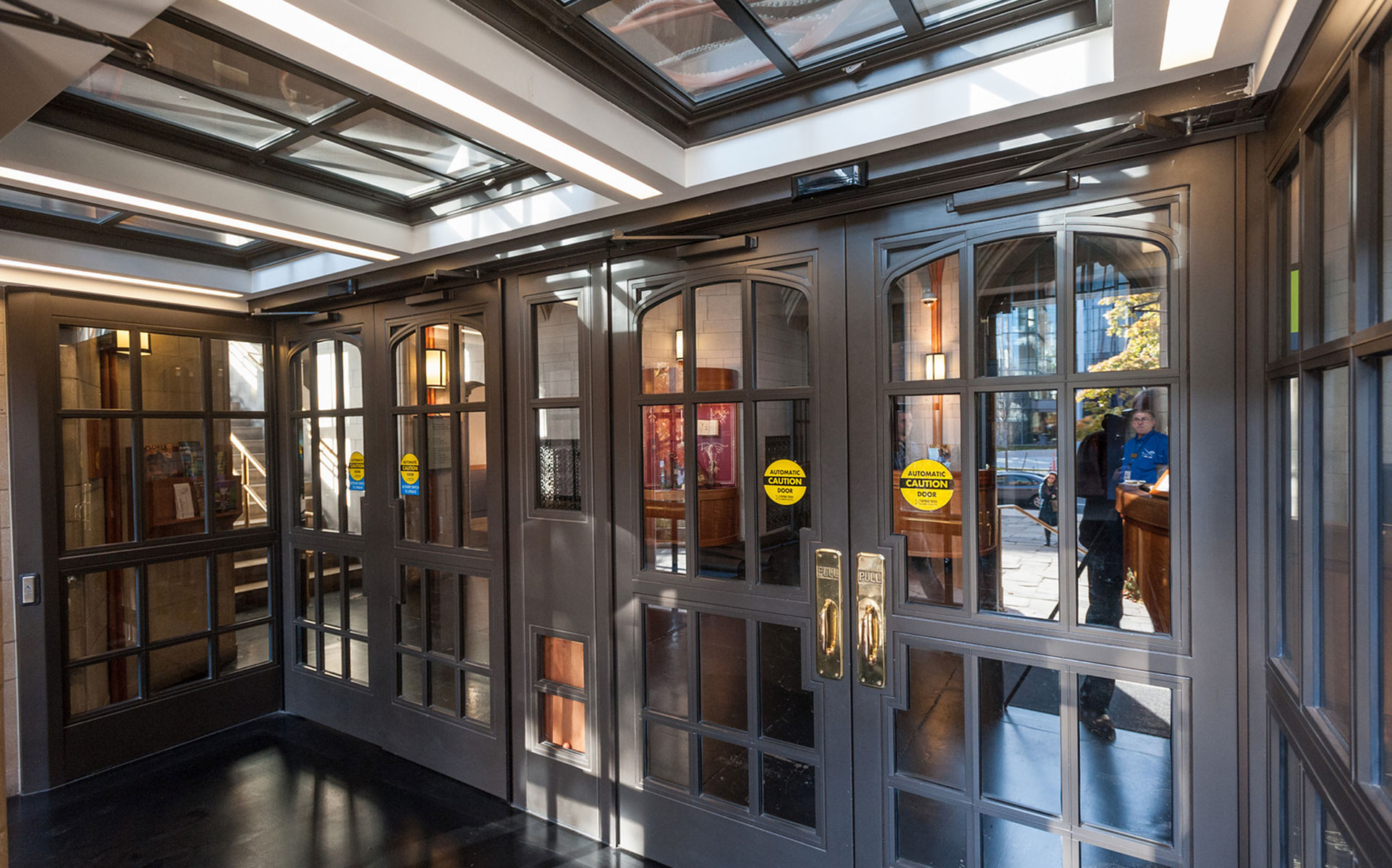 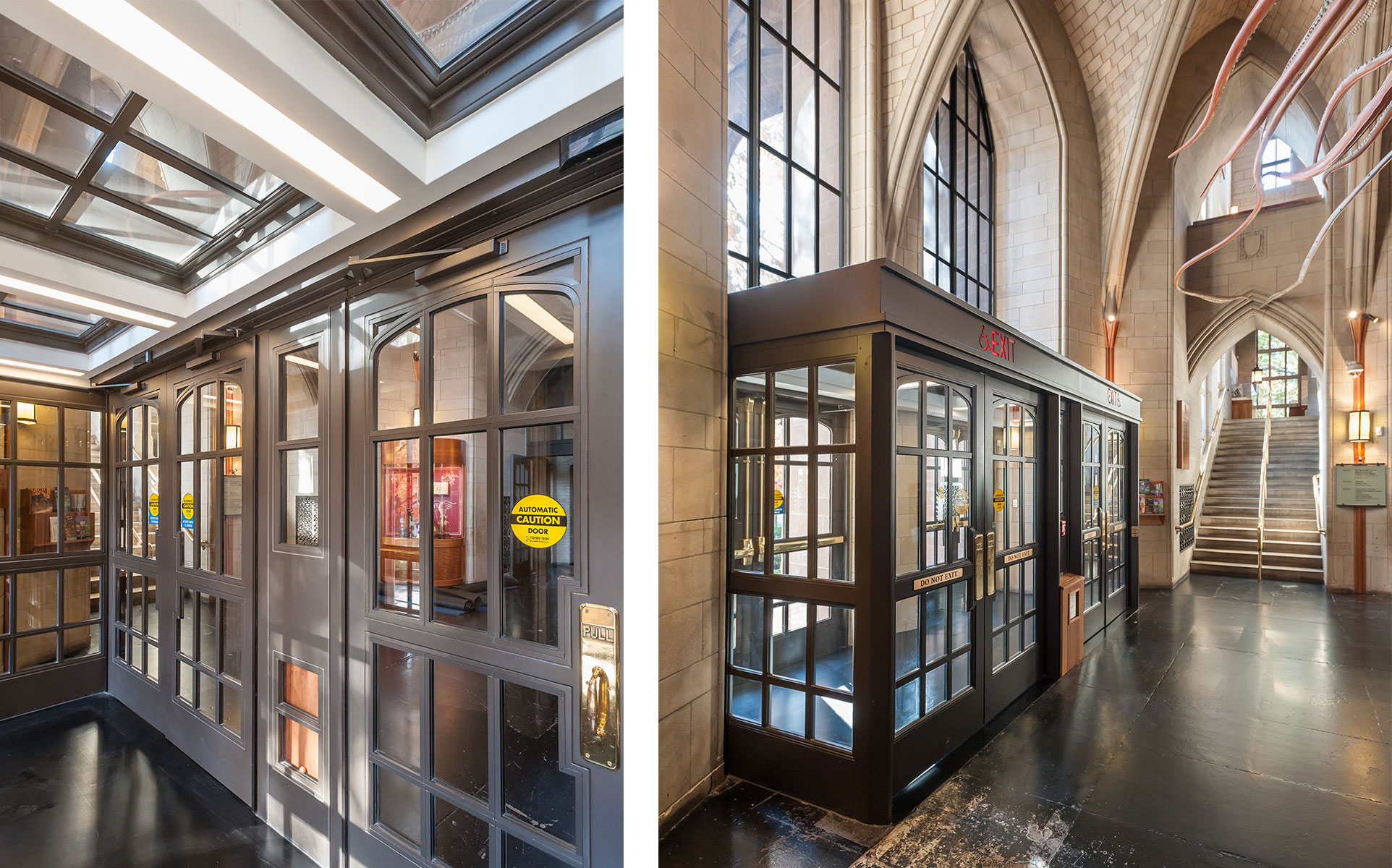 Easy access to the history of the world
Giant squids, meteorites, dinosaurs, mummies… all these exciting encounters and more await visitors under the roof of the renowned Peabody Museum of Natural History. Unfortunately, accessing these other worldly treasures proved to be an unwelcome adventure in itself, thanks to an antiquated entry — especially for parents pushing strollers and corralling excited kids.

CWA helped change the course of that history by designing a modern and expanded vestibule. The new entry replaced original doors that were well beyond repair, upgraded the vestibule to meet modern codes (complete with variance), introduced automation, and has greatly improved energy conservation. Maintaining a careful deference to the 1925 Gothic architecture, the revitalization appropriately blends into its historic setting and utilizes materials that will endure for years to come.

Backstory
Among the oldest, largest and most prolific university natural history museums in the world, The Peabody Museum, which opened in its current location in 1925, houses several internationally important collections. Famously known for its Hall of Dinosaurs, the museum is visited by 30,000 school children each year and receives more than 150,000 visitors annually.

Context
The original wood and glass doors led to a too-shallow vestibule that presented serious challenges to those entering the building using wheelchairs or strollers. Years of use (and abuse) had taken their toll. They were deemed irreparable; Band-Aid fixes were no longer acceptable. CWA was brought in to bring the antiquated entrance into the modern era.

Nuts & Bolts
Great care and research was taken in the replacement of the windows. Dark steel metallic windows were selected to accompany the doors and vestibule as well as the large windows above it – these not only provide a durable solution but also blend into the shadowed and angled gothic archway entrance.

What You Don’t See
The code for the vestibule was granted a slight adjustment to accommodate a foot of length that would have caused it to jut out into the path of the stairway. Also, electronic operators – these are actually quite obvious to those who need them for coming and going. What is not so obvious is that security has the ability to lock them from a remote location should the need arise.

Best Use
Entering a time capsule without getting caught in a time warp.