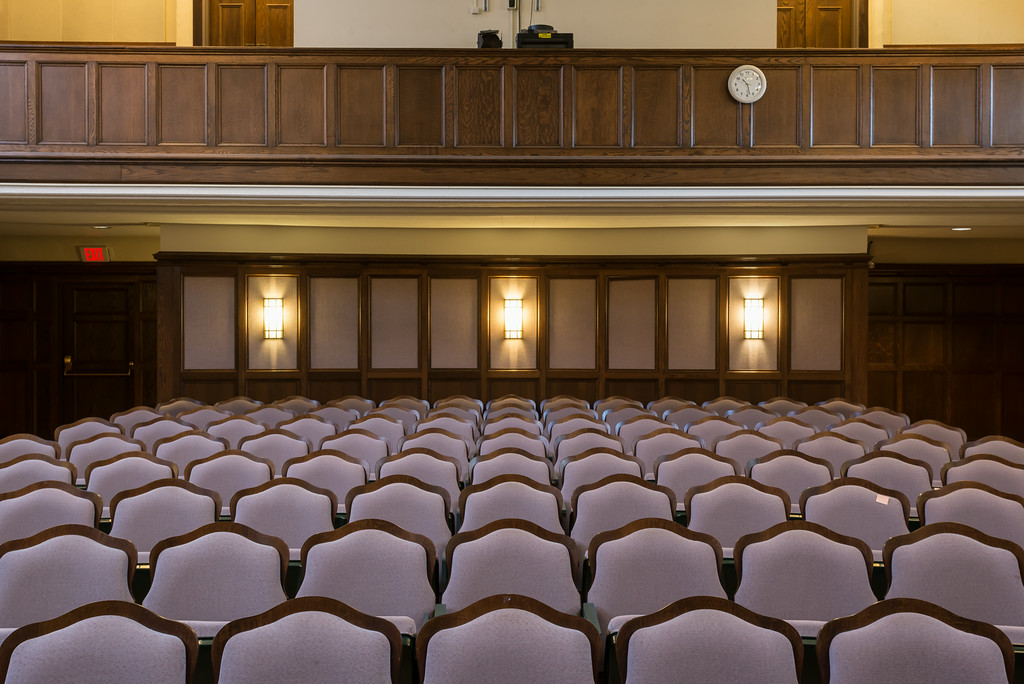 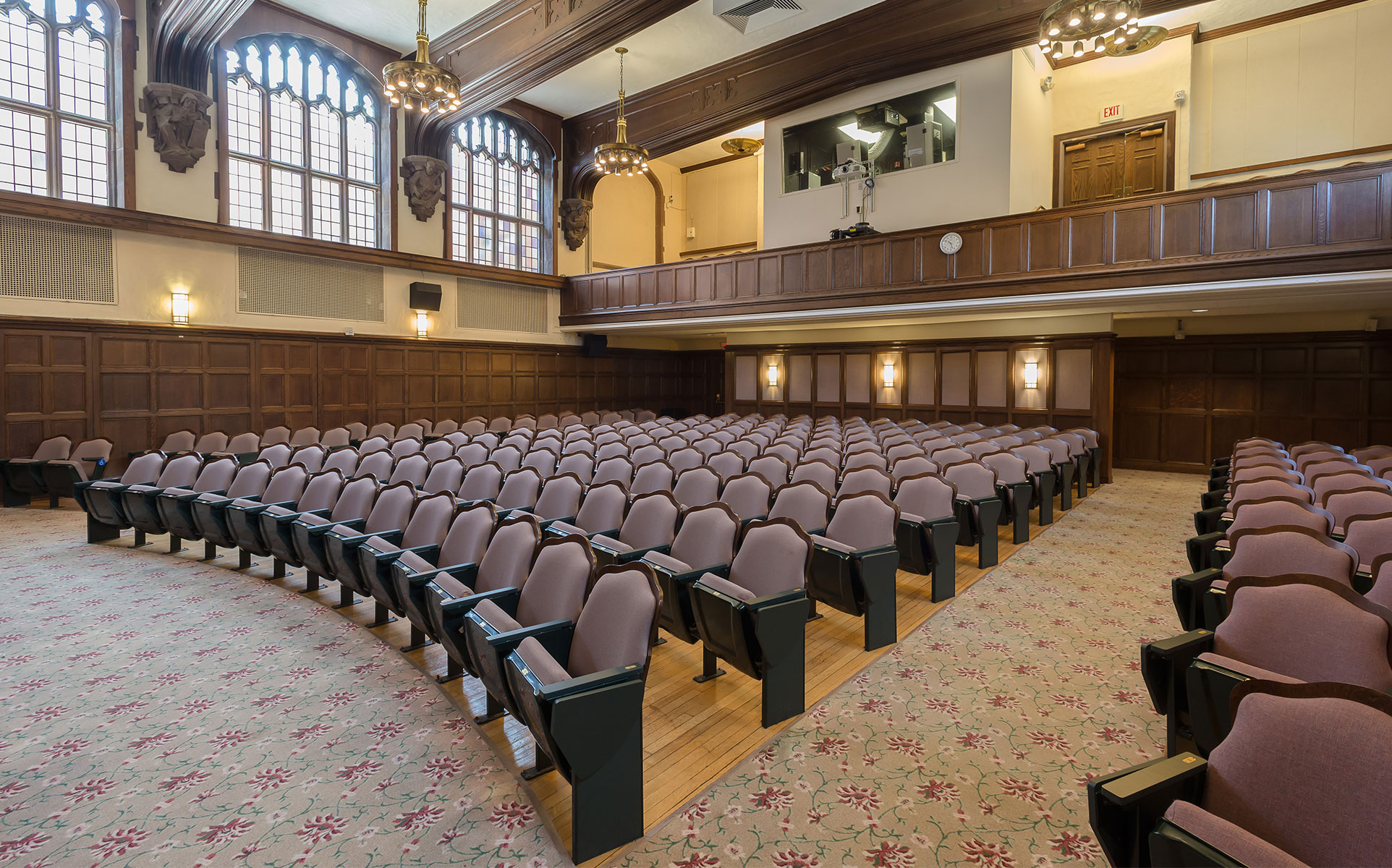 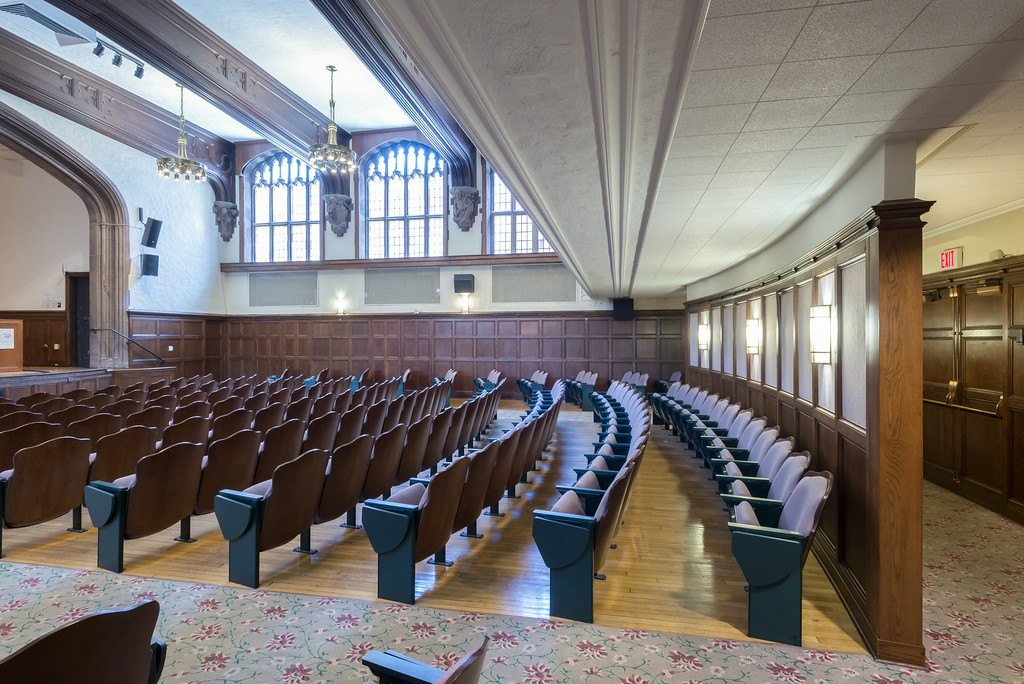 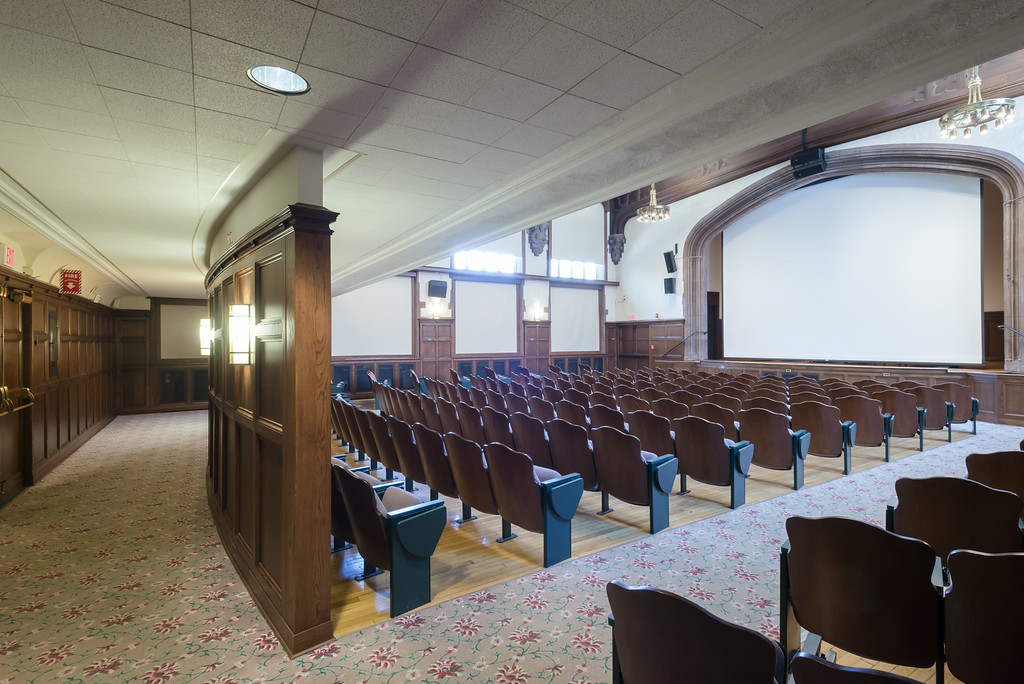 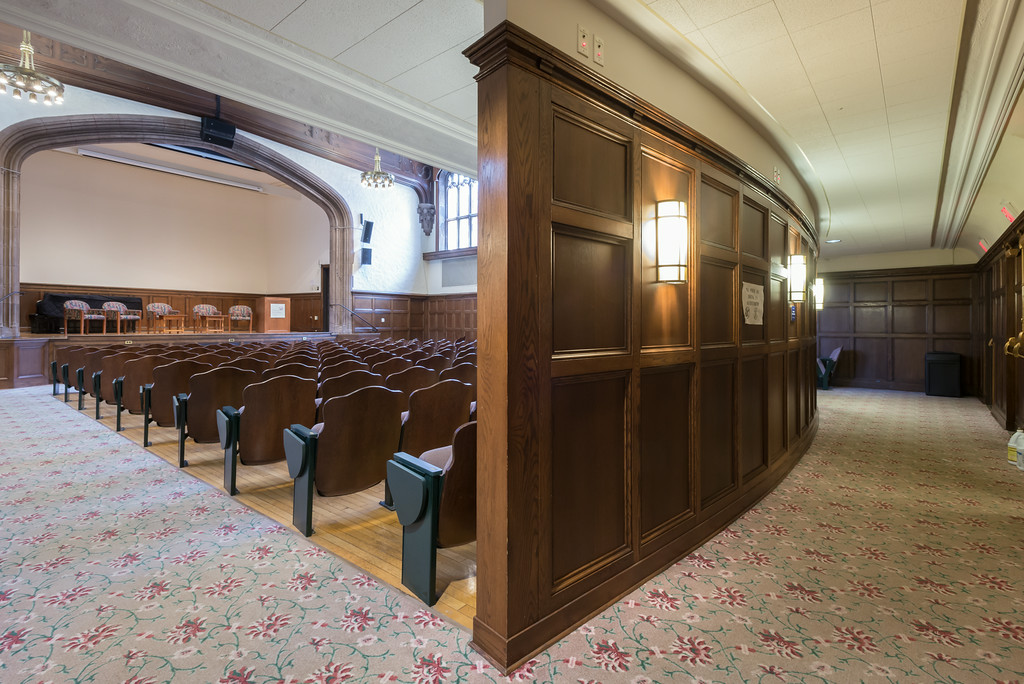 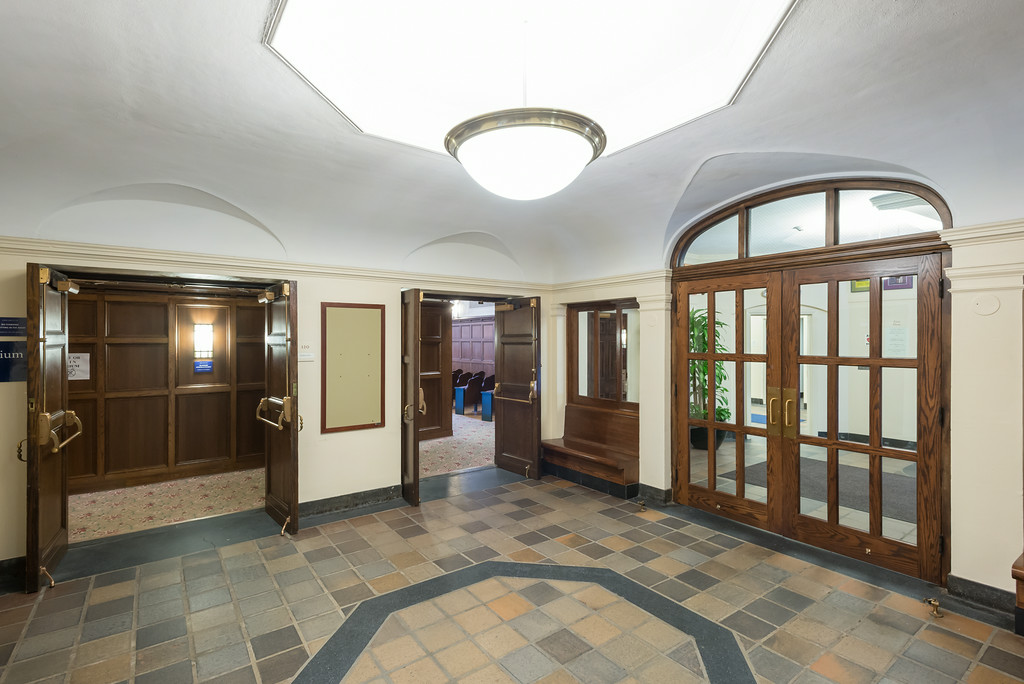 The main feature, uninterrupted
The Whitney Humanities Center Film Studies Theater is Yale’s premiere film screening room and the only space on campus that supports all celluloid and video format movies. It also plays host to visiting director presentations and post screening discussions. With its original entry being on axis to the stage, any late entrants would inevitably cause a great deal of disruption to the presenters and audience alike as the panic hardware on the large oak doors were pushed upon to gain entry, sending a beam of light toward the stage if the lights were dimmed.

CWA was brought on board to alleviate such disturbances through the design of a baffle wall that buffers the auditorium and stage from the entry point. Following the curve of the seating and incorporating acoustical panels in an oak framed coffering system, the sensitive and contextual design gives the appearance of being original to the space. In addition to greatly diminishing disruptions upon entry, the wall also serves as a sound absorber that has significantly improved the acoustical response of the room.

Backstory
In the 1990s, the Whitney Humanities Center emerged as a new center for film culture on Yale’s campus, when it became the home of the Film Study Center and the primary venue for 35mm film screenings at Yale. Since being updated, it has hosted several film festivals, conferences and pre-release screenings of major Hollywood films.

Context
The Whitney Humanities Center building is housed in what was formerly the Trinity Parish Church House, which Yale acquired in 1980. The theater is wheelchair accessible and seats 242 people, with 184 seats downstairs and 58 in the mezzanine.

Nuts & Bolts
When upgrading the HVAC system, sound-attenuating duct-work was utilized to keep the airflow noise to a minimum. Decorative brass lighting fixtures were restored to like-new condition and supplemented with custom sconces that were compatible with the existing refurbished ones.

What You Don’t See
People coming in late… or at least they aren’t noticed as they once were.

Best Use
Exploring the world of film in a world-class venue.