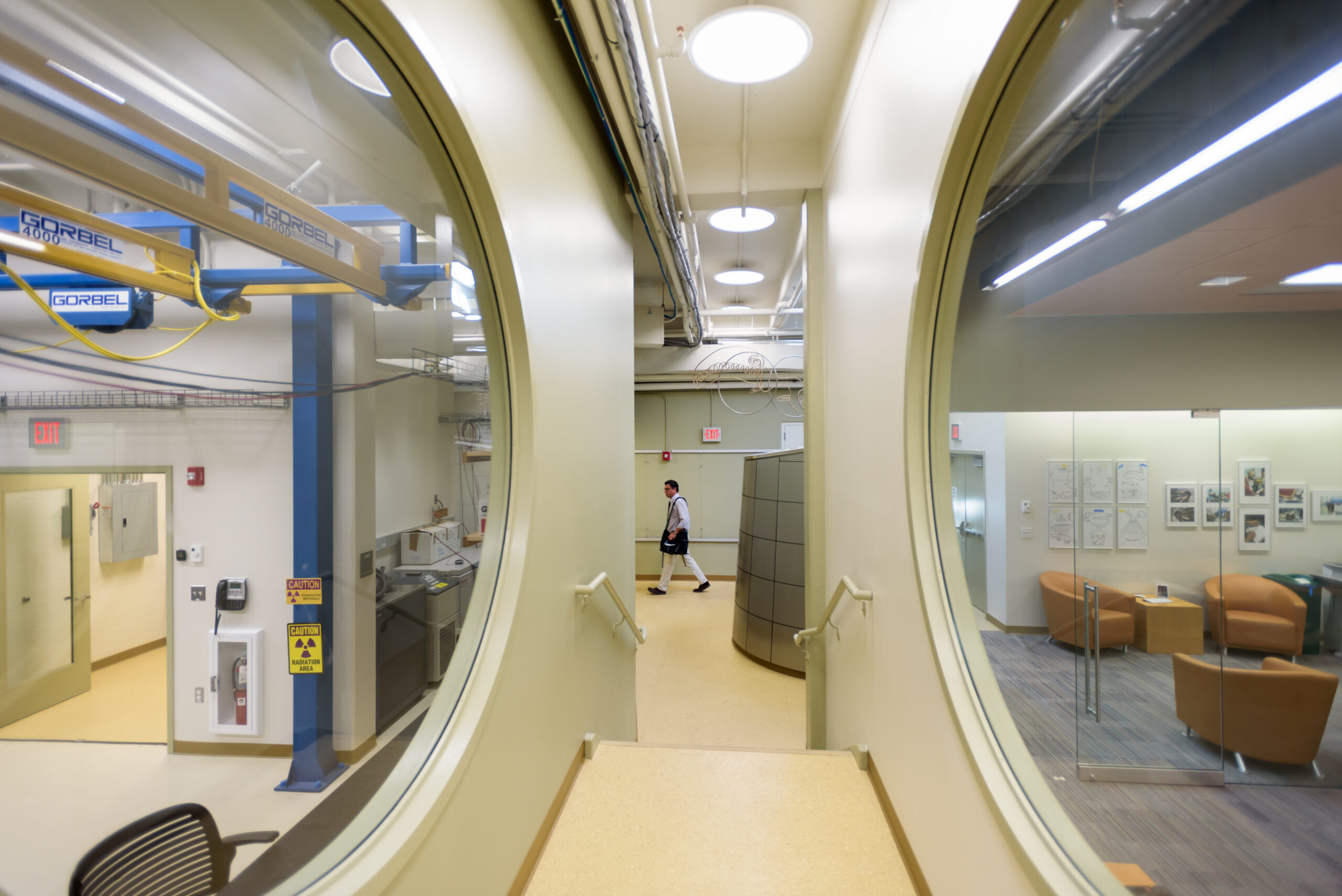 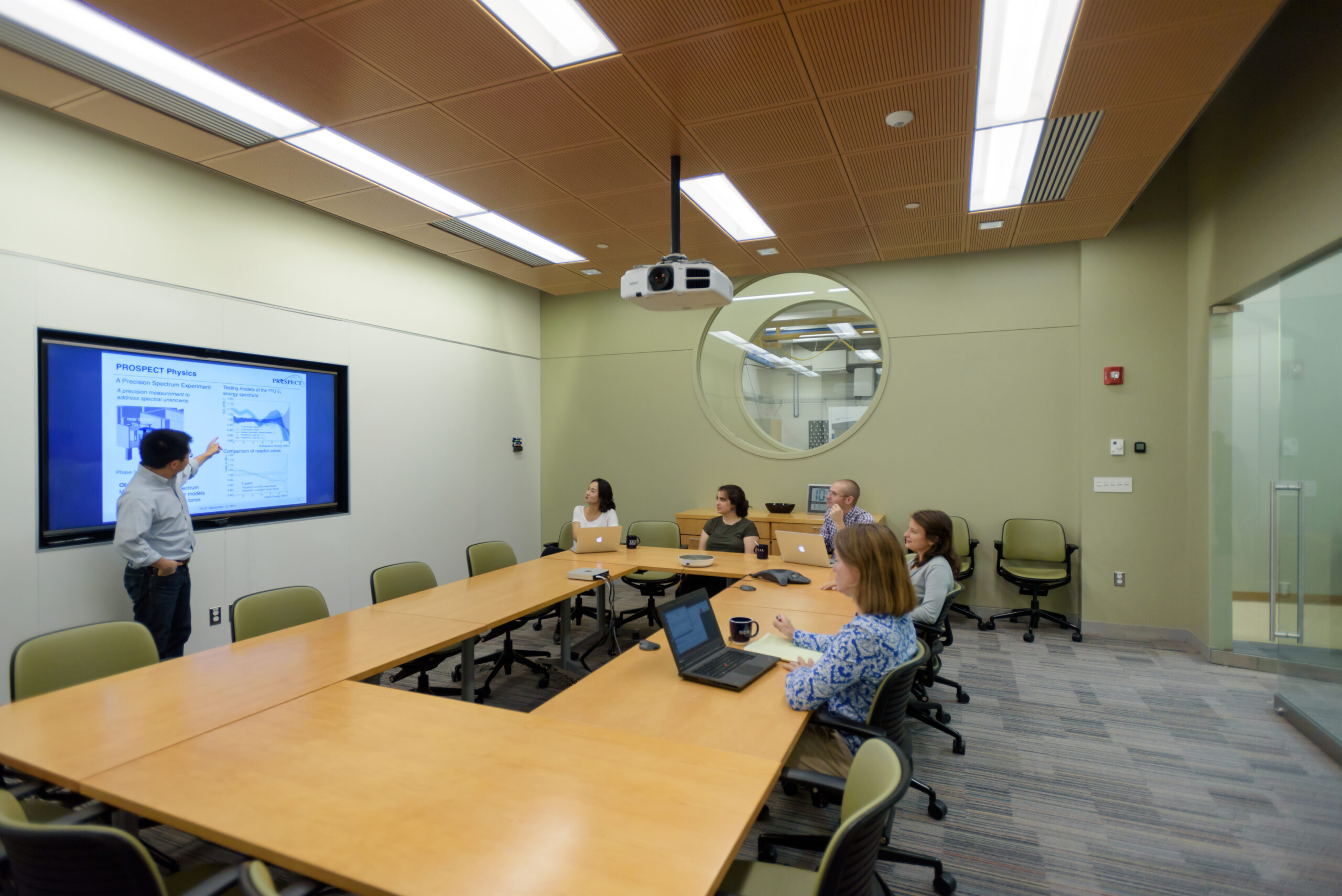 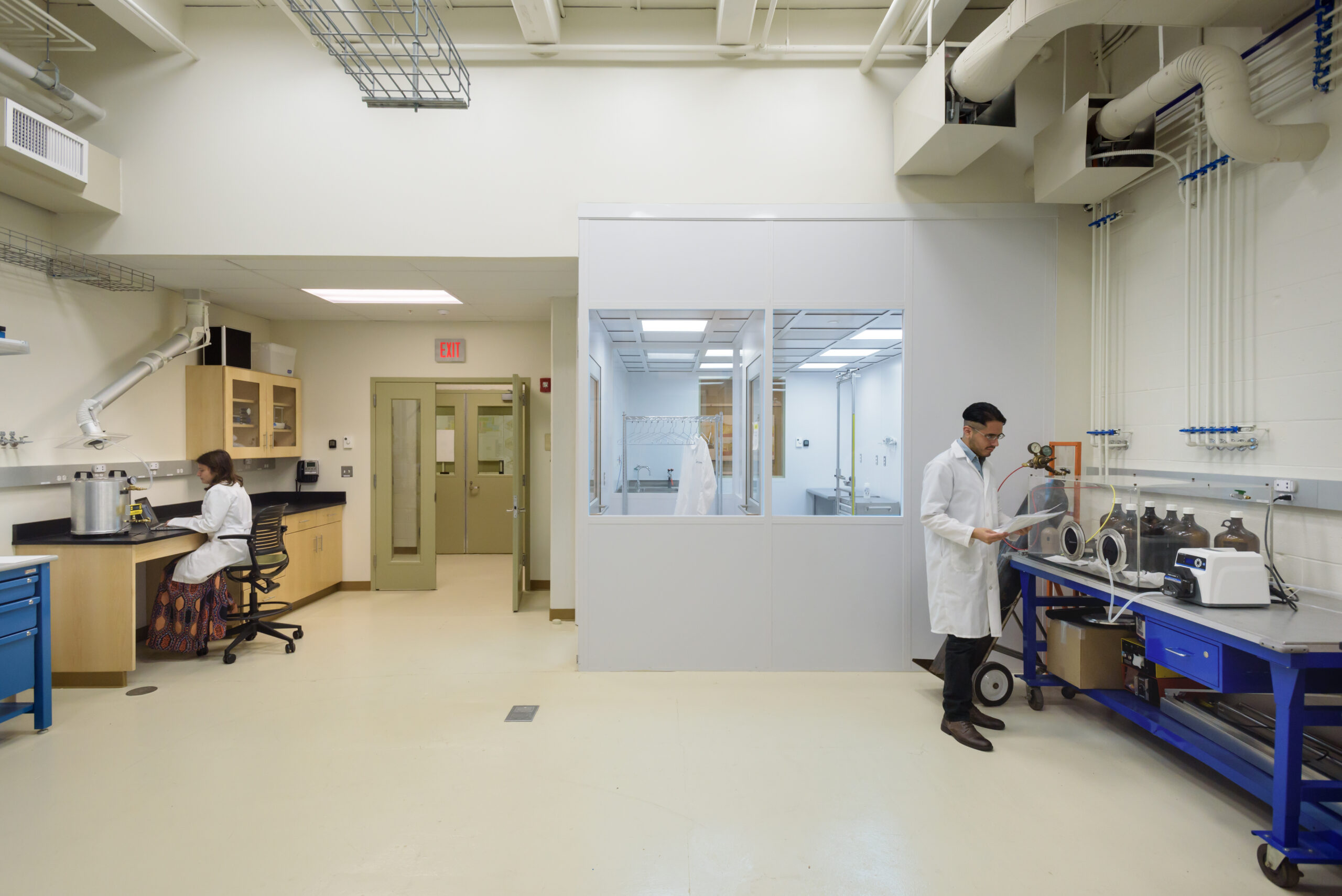 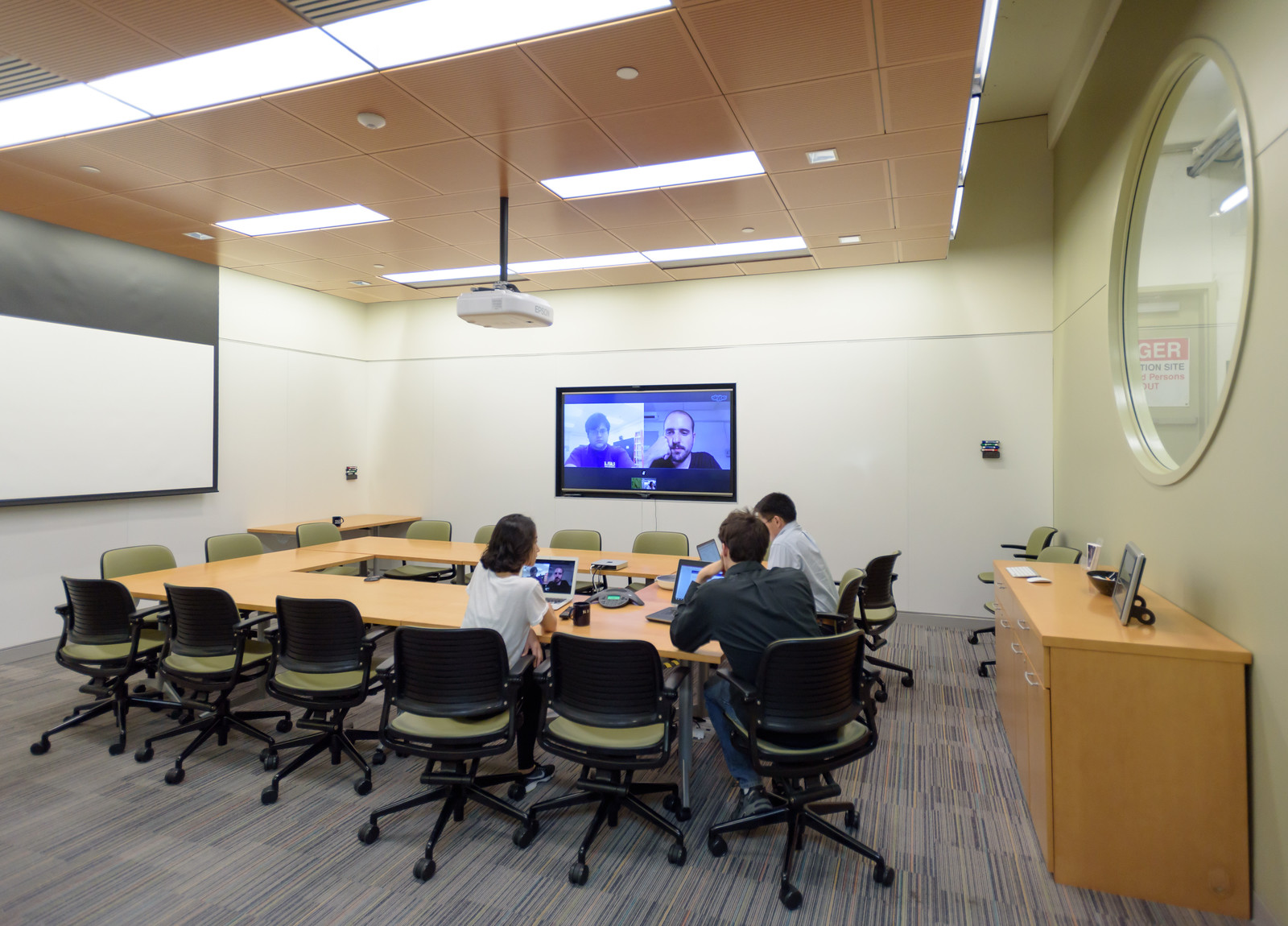 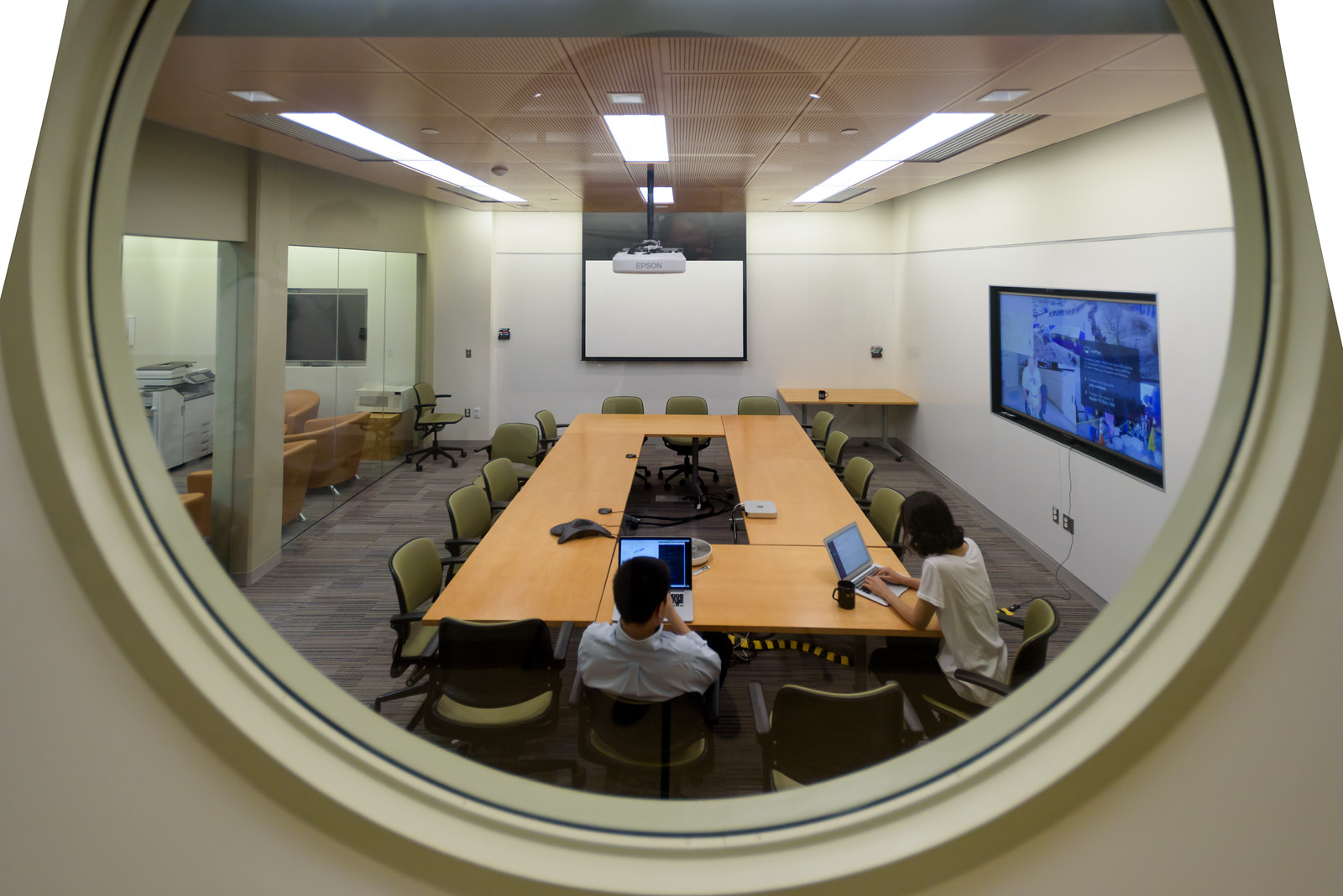 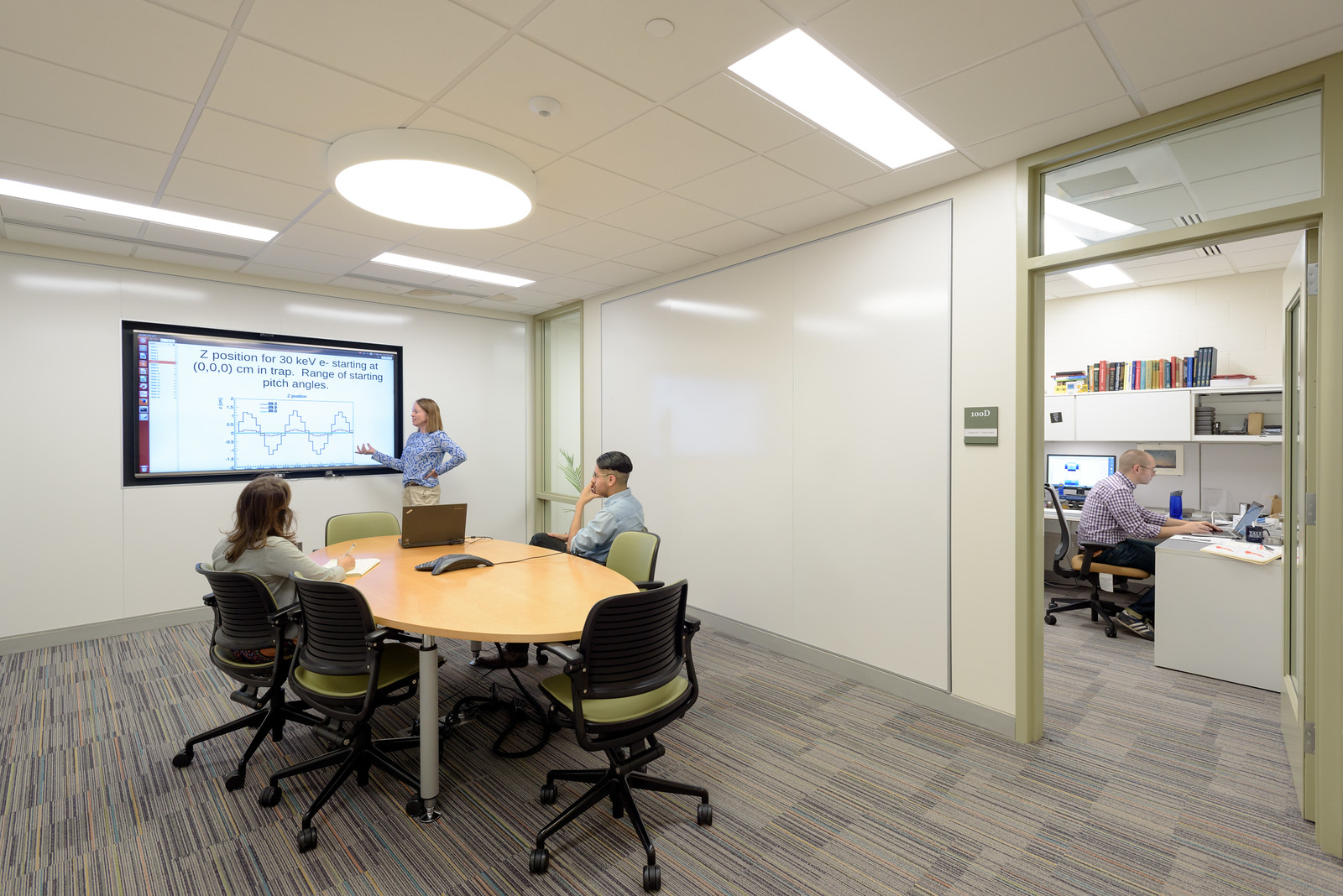 Shedding light on dark matter
The DM-ICE Lab is a 6,620 sq ft space that contains physics research laboratory facilities including a Class 10,000 clean room and associated office spaces, a conference room and lounge. Within it, scientists led by lead researcher Reina Maruyama, are creating experiments and working with global teams searching to detect dark matter.

According to NASA’s website, the matter that can be readily detected in all of our universe accounts for only 5% of the total (think atoms, molecules, rocks, water, air, stars and galaxies). Dark matter, on the other hand, does not interact with the electromagnetic force – which means it does not absorb, reflect or emit light, which makes it extremely hard to perceive. In fact, physicists have only been able to infer its existence by studying the gravitational effect it seems to have on galaxies.

Reina and her team are hoping to change that with the experiments being initiated at the lab that search for rare processes like direct detection of dark matter in terrestrial-based sensing devices. Breakthroughs from such research will shed light on what purpose dark matter serves and begin to answer questions that scientists have posed about the galaxies and the origins of universe as a whole. Its also been speculated that improved understanding of dark matter may lead to revolutionary advances for new energy sources and deep space travel.

Backstory
The project was the first modernization to this space within the EAL building since it was opened nearly 60 years ago. Laboratory and non-laboratory spaces were renovated to accommodate the latest technology in researching experimental particle physics.

Context
The DM-ICE Lab is located within Yale’s Electron Accelerator Laboratory building, an 18,000 sq ft building that was constructed between 1953 and 1955 and designed by Douglas Orr, a prolific architect on Yale’s campus.

Nuts & Bolts
An automated 2-ton overhead bridge crane gives scientists the ability to move their detectors and components across the room at the push of a button, and lower them into a “lead castle” which is an air-tight box constructed of solid lead bricks.

What You Don’t See
95% of the universes composition.

Best Use
Creating and deploying experiments in collaboration with a global research community to make groundbreaking discoveries that will advance the frontiers of physics and our understanding of the universe.