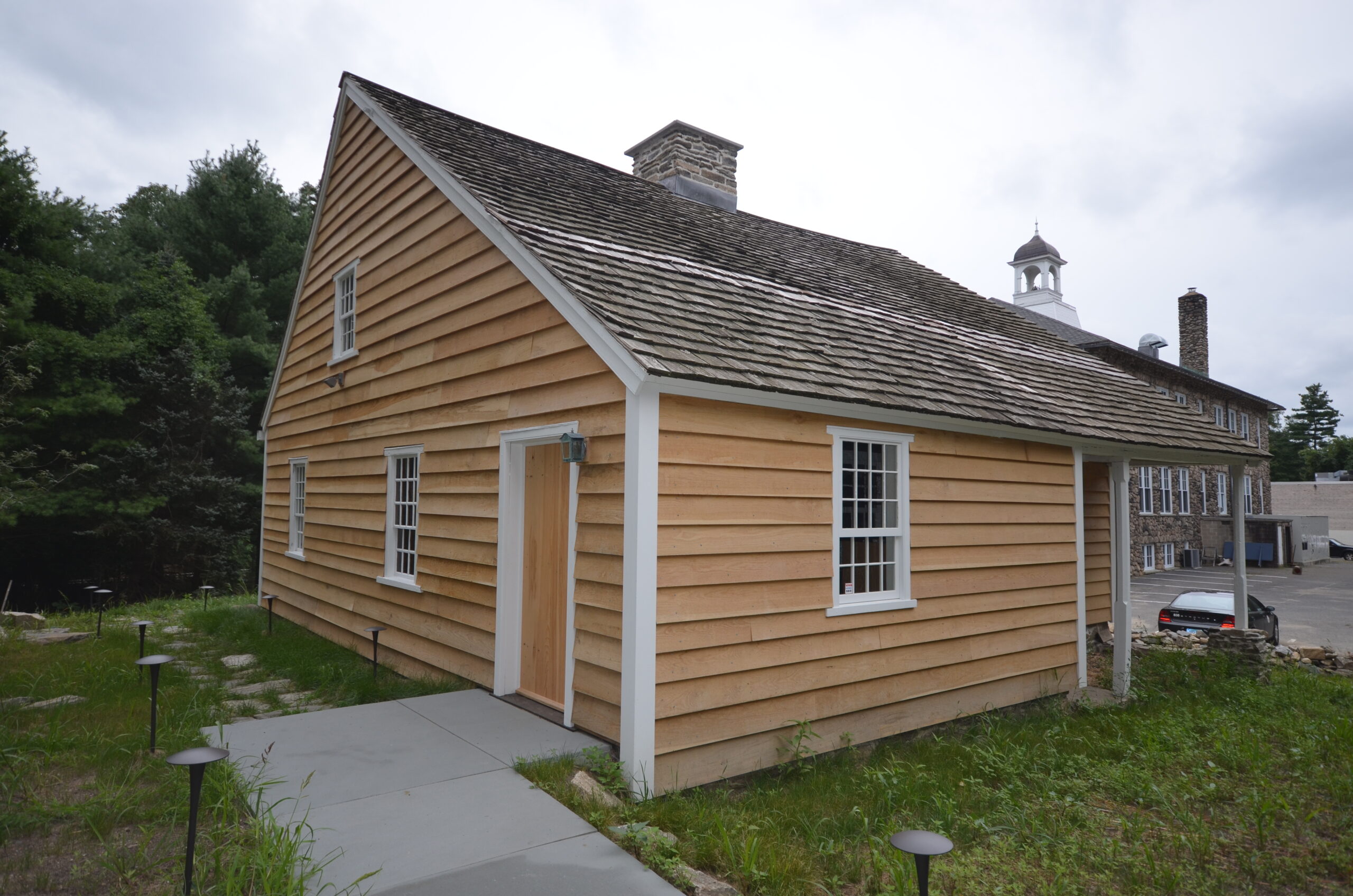 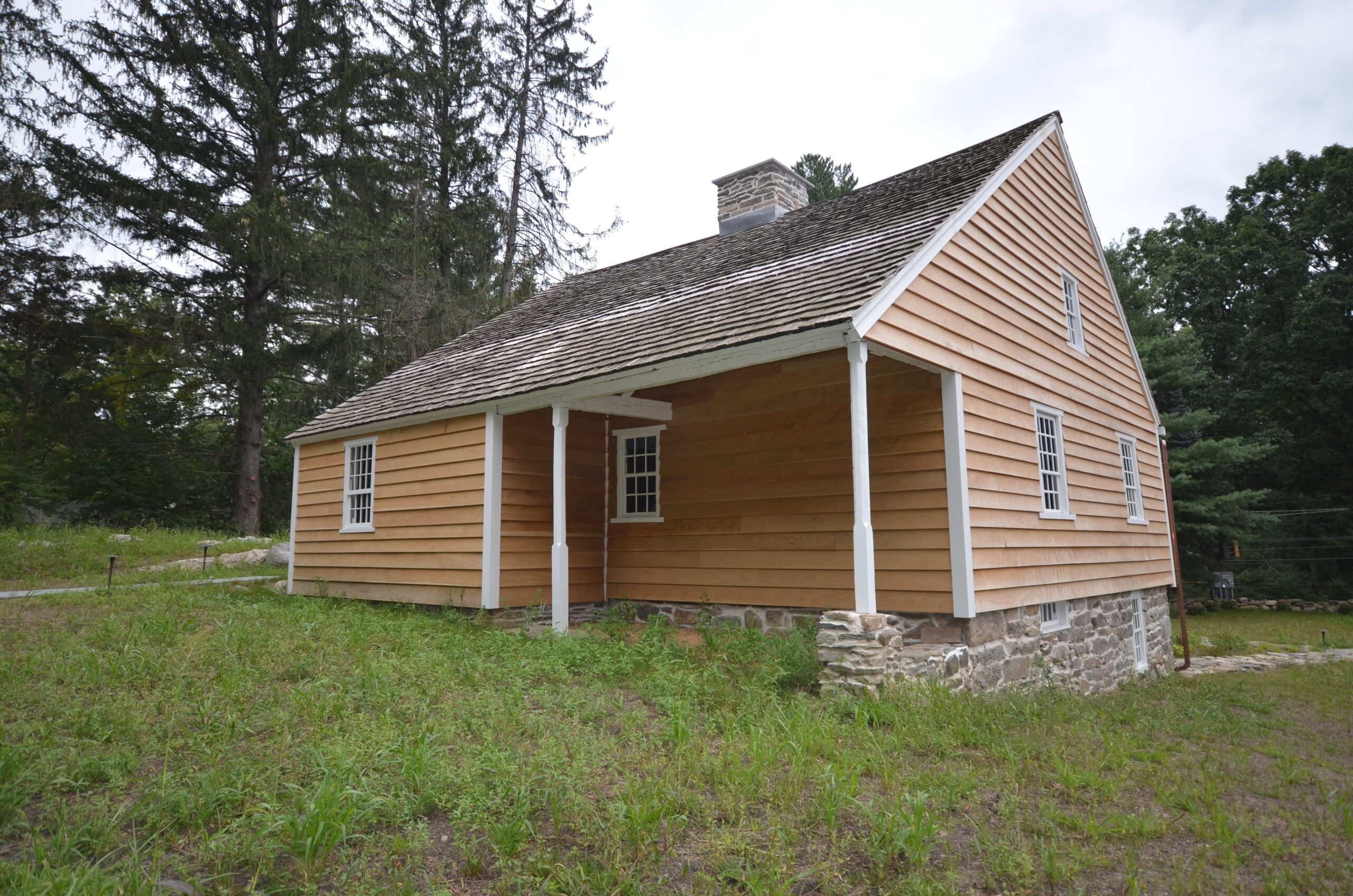 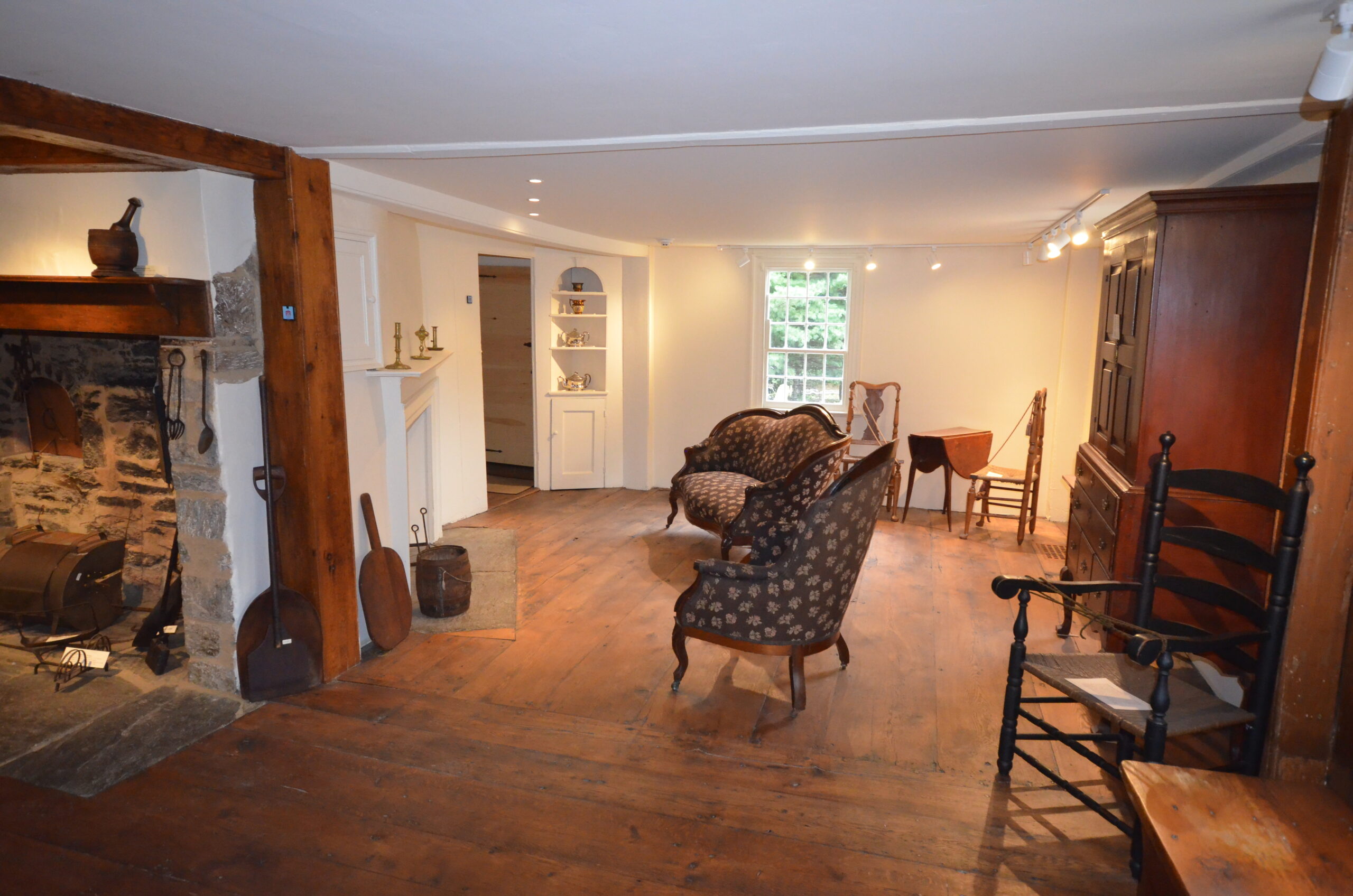 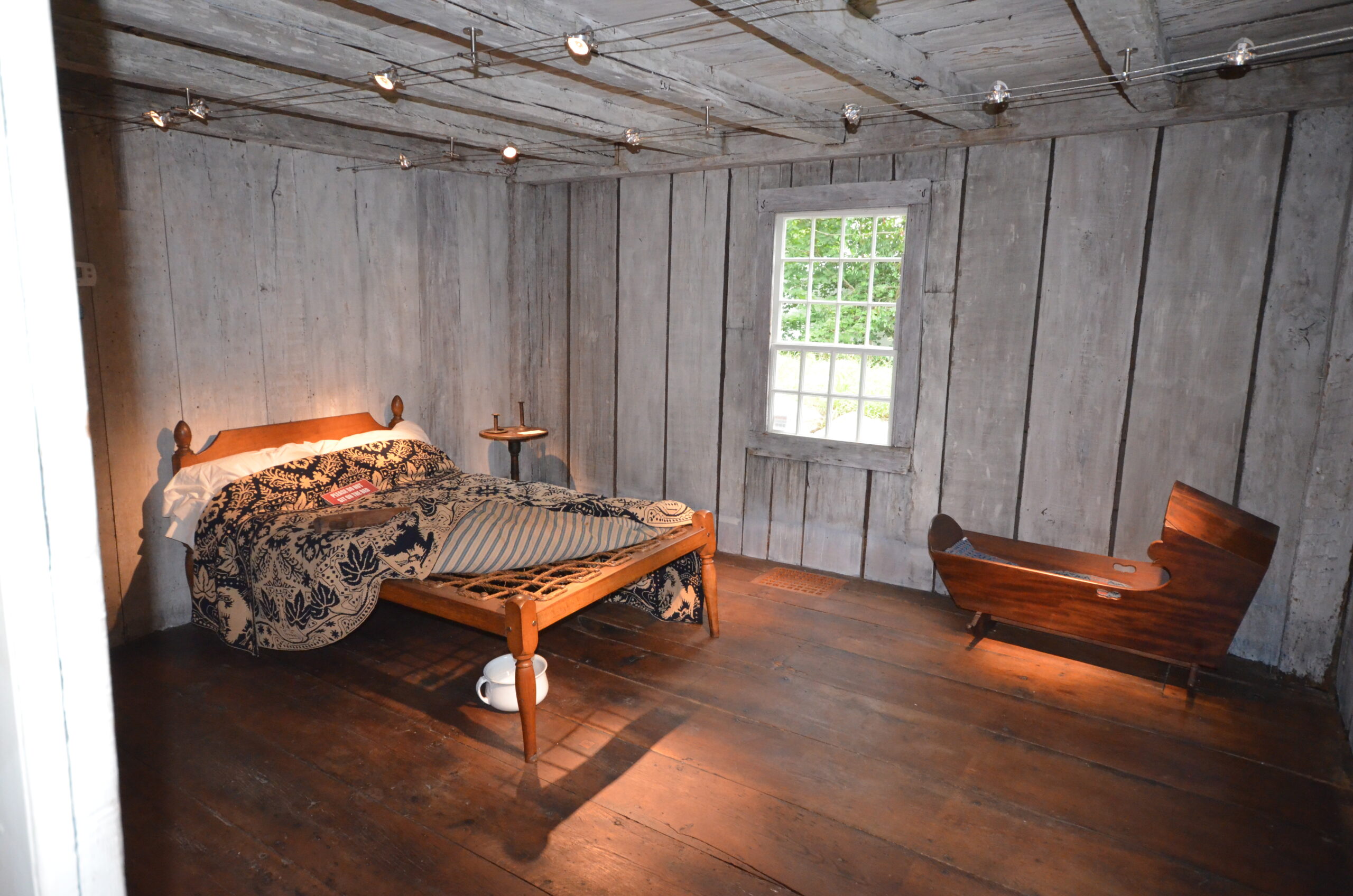 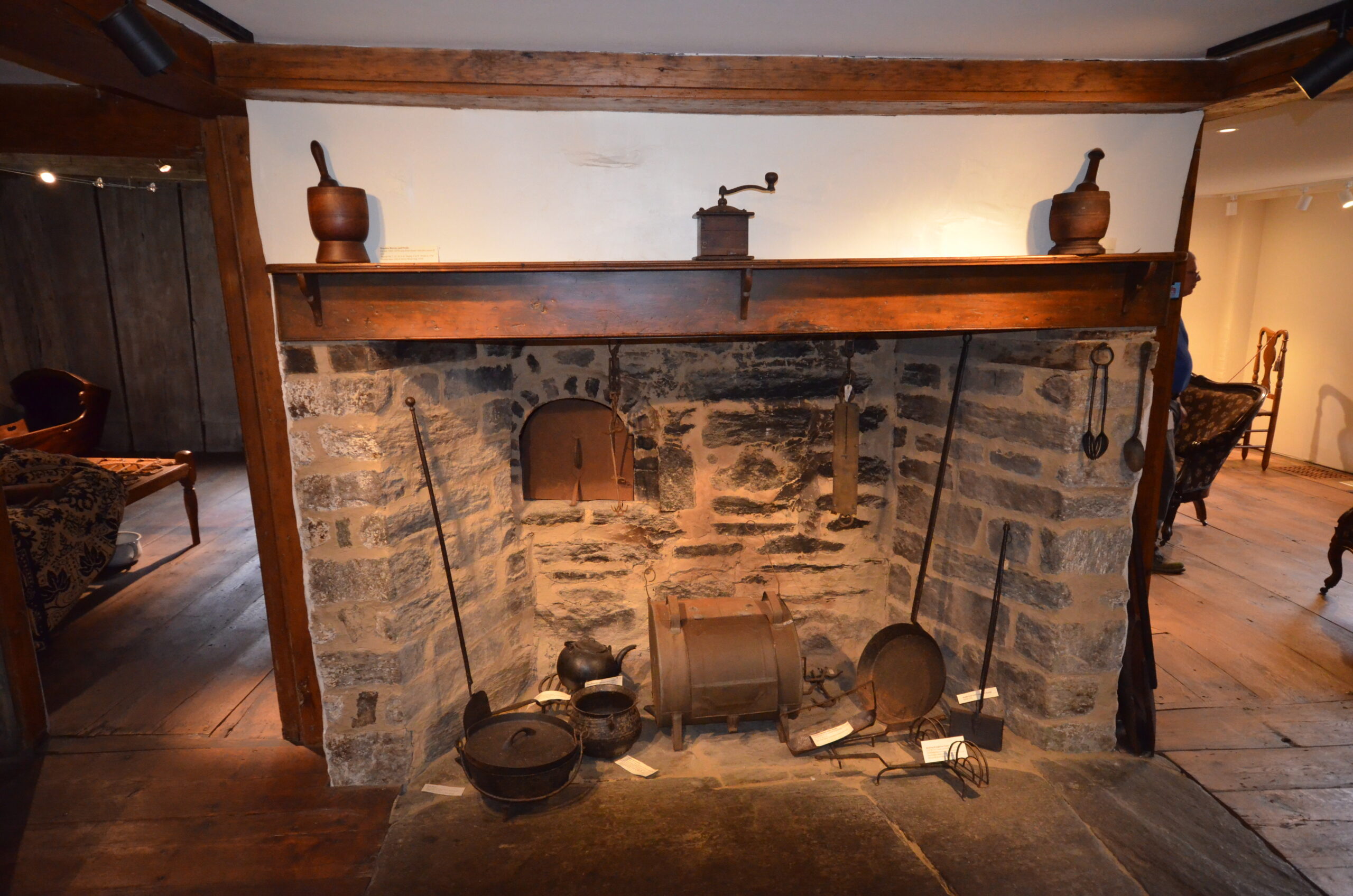 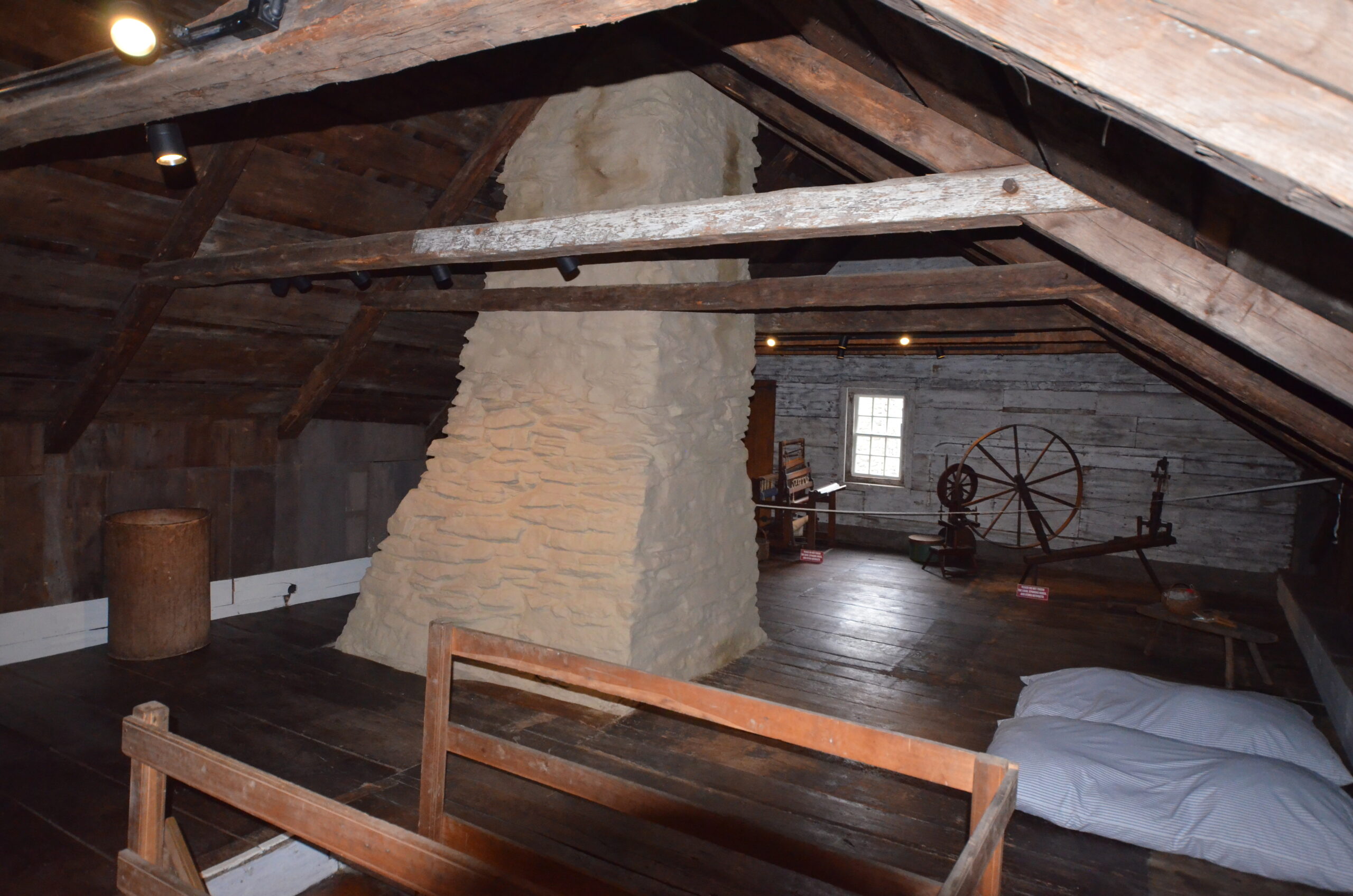 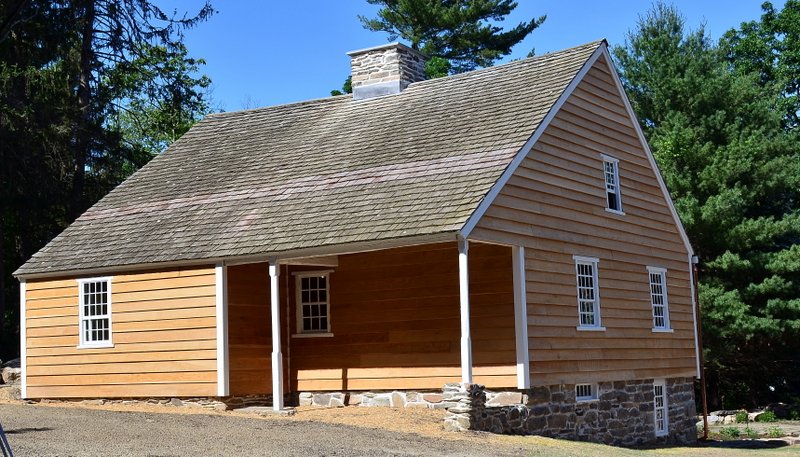 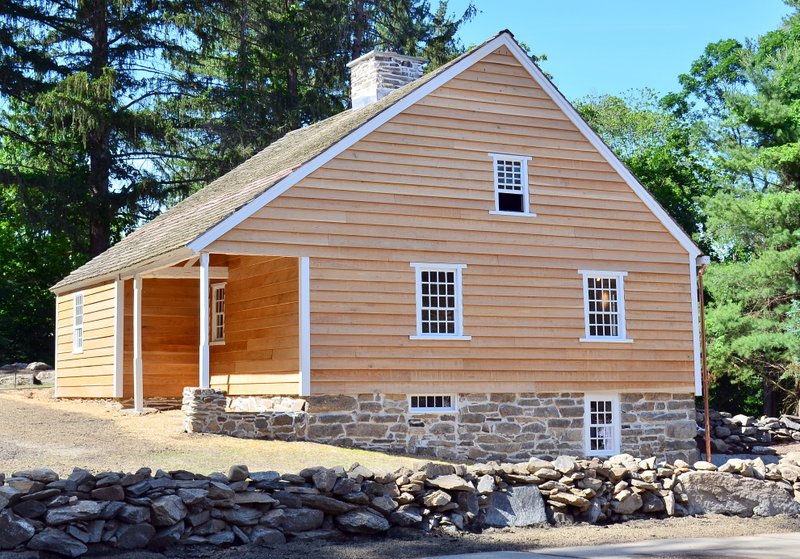 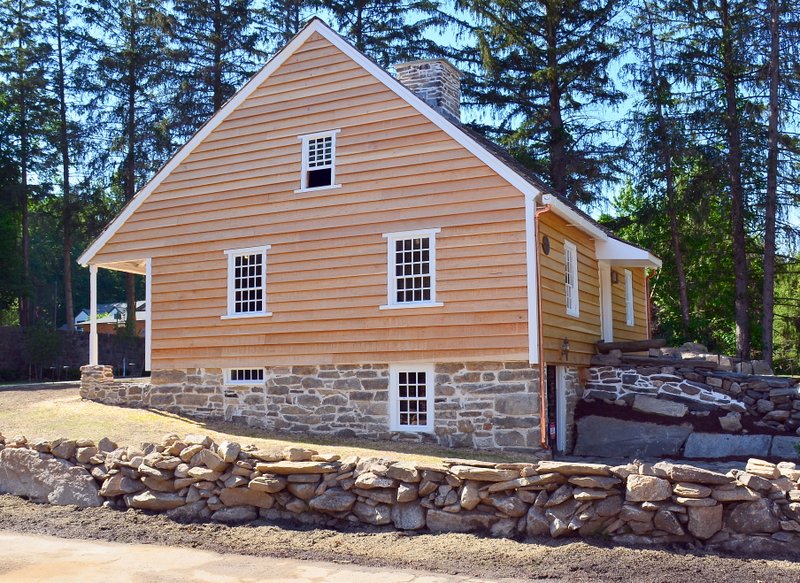 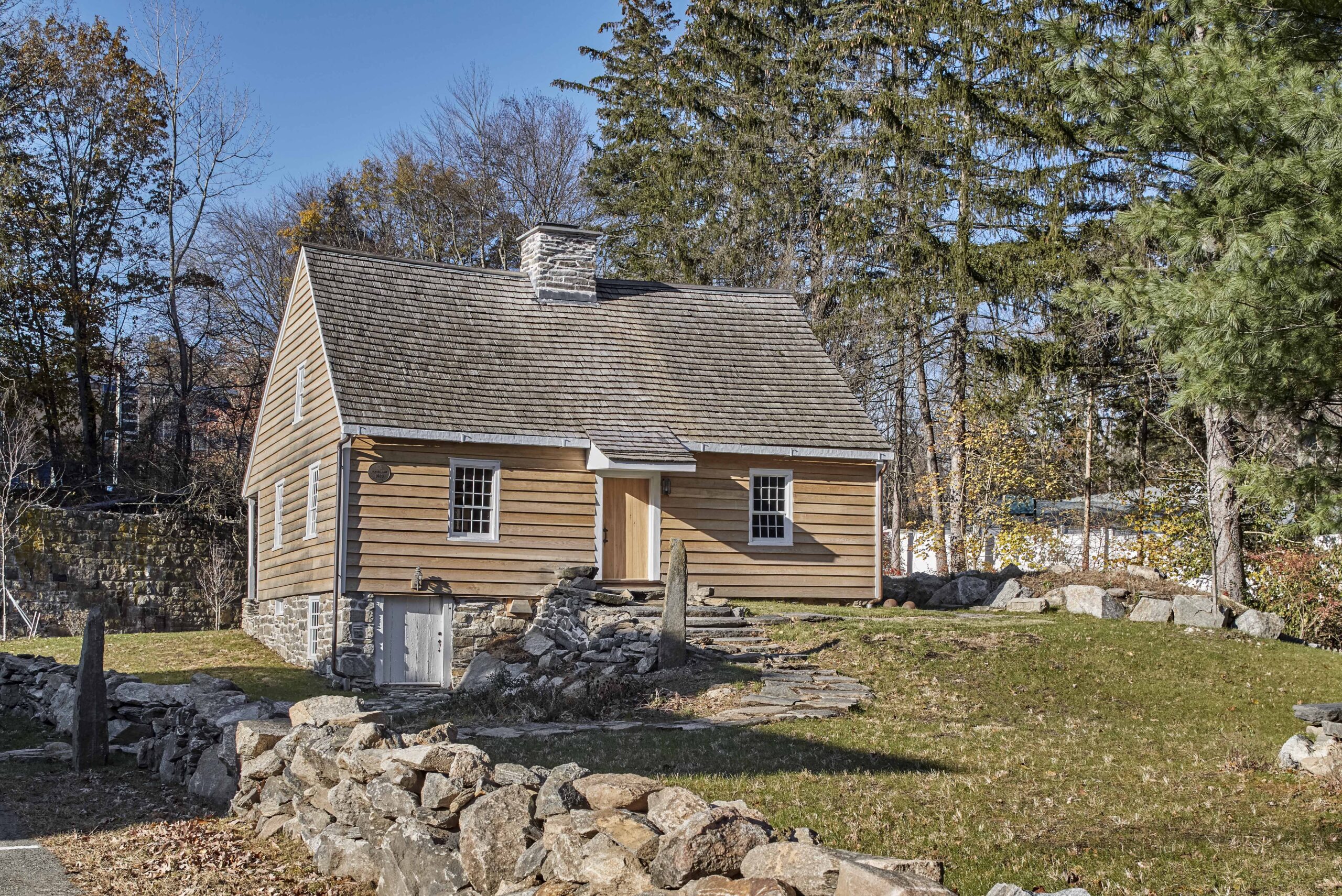 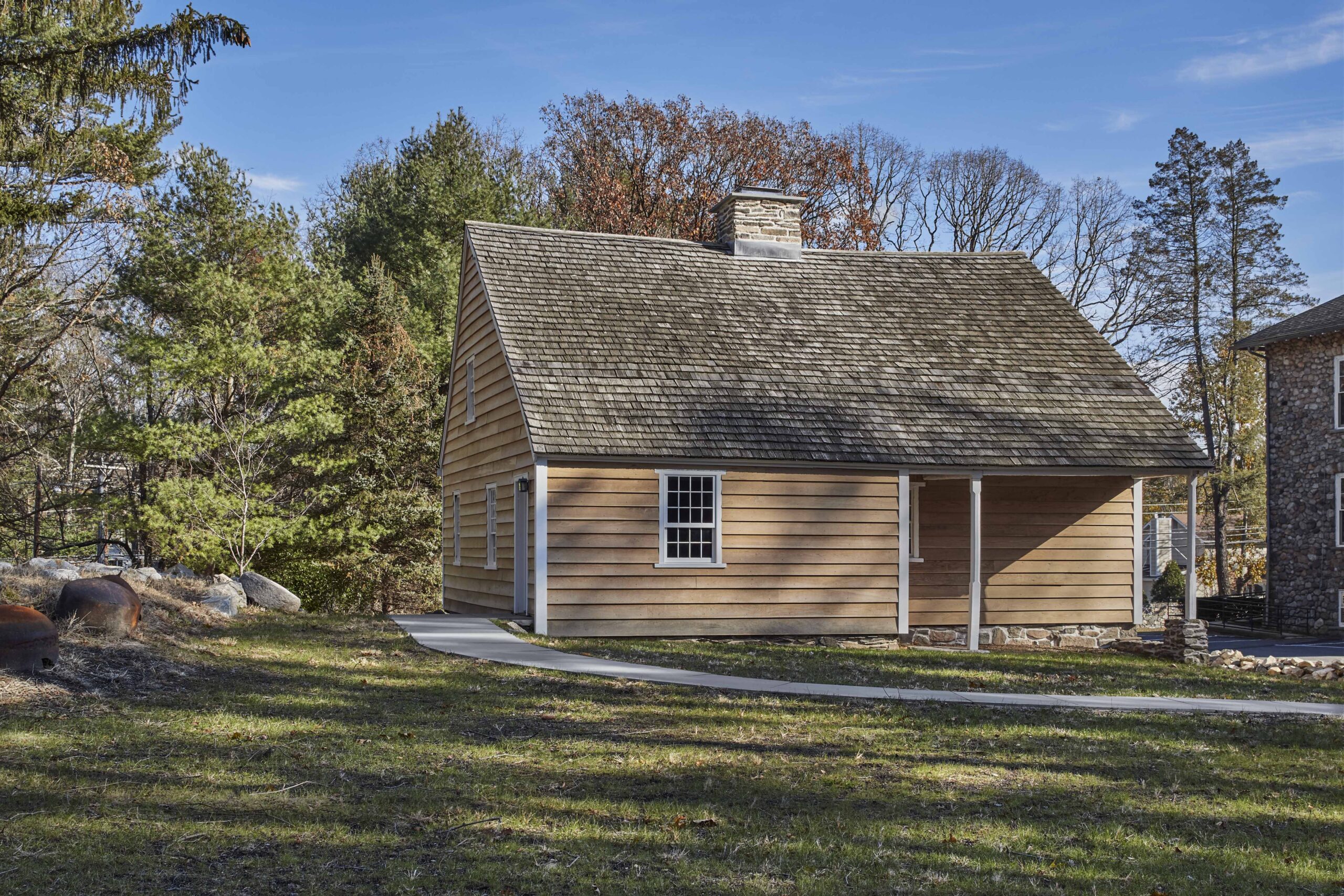 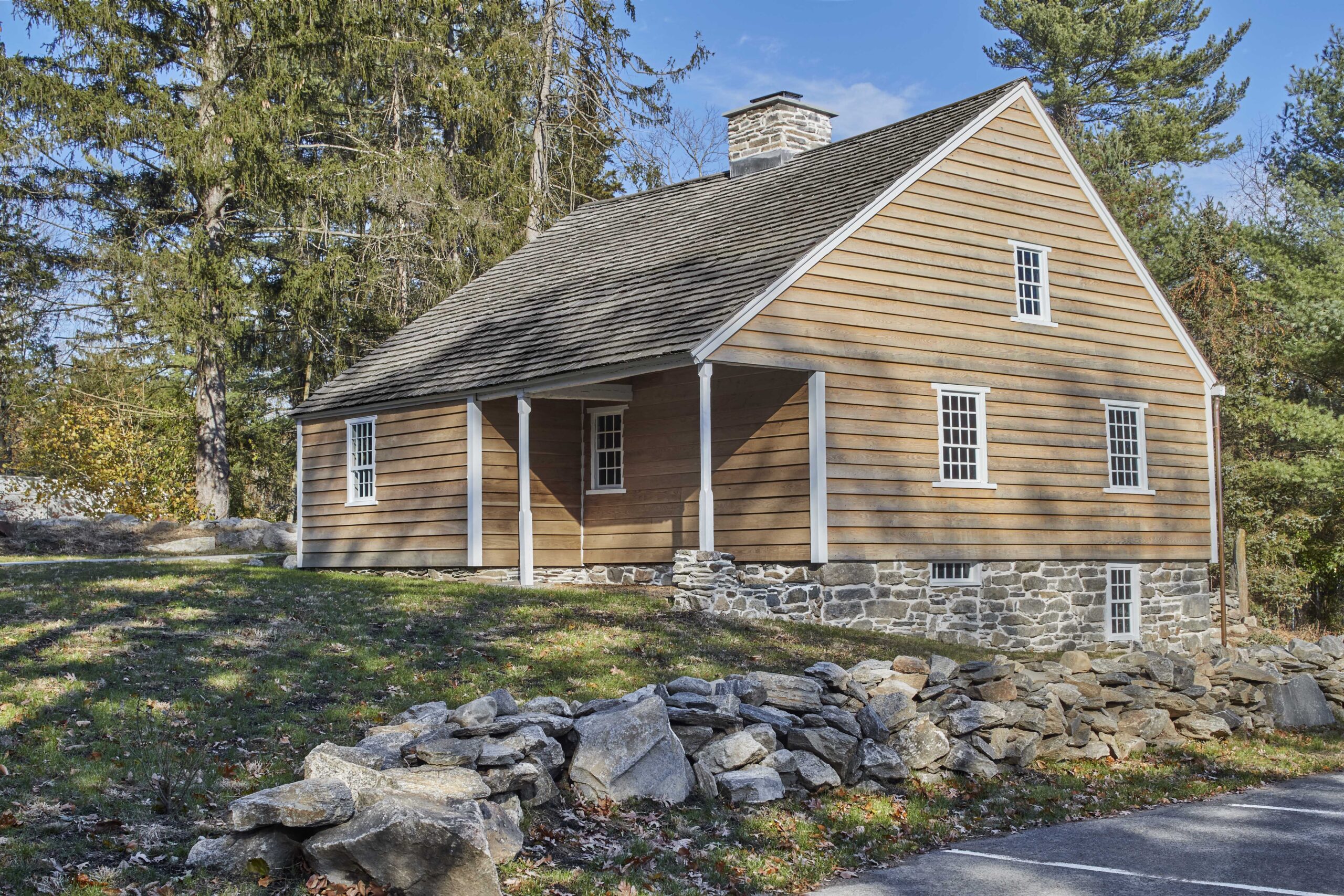 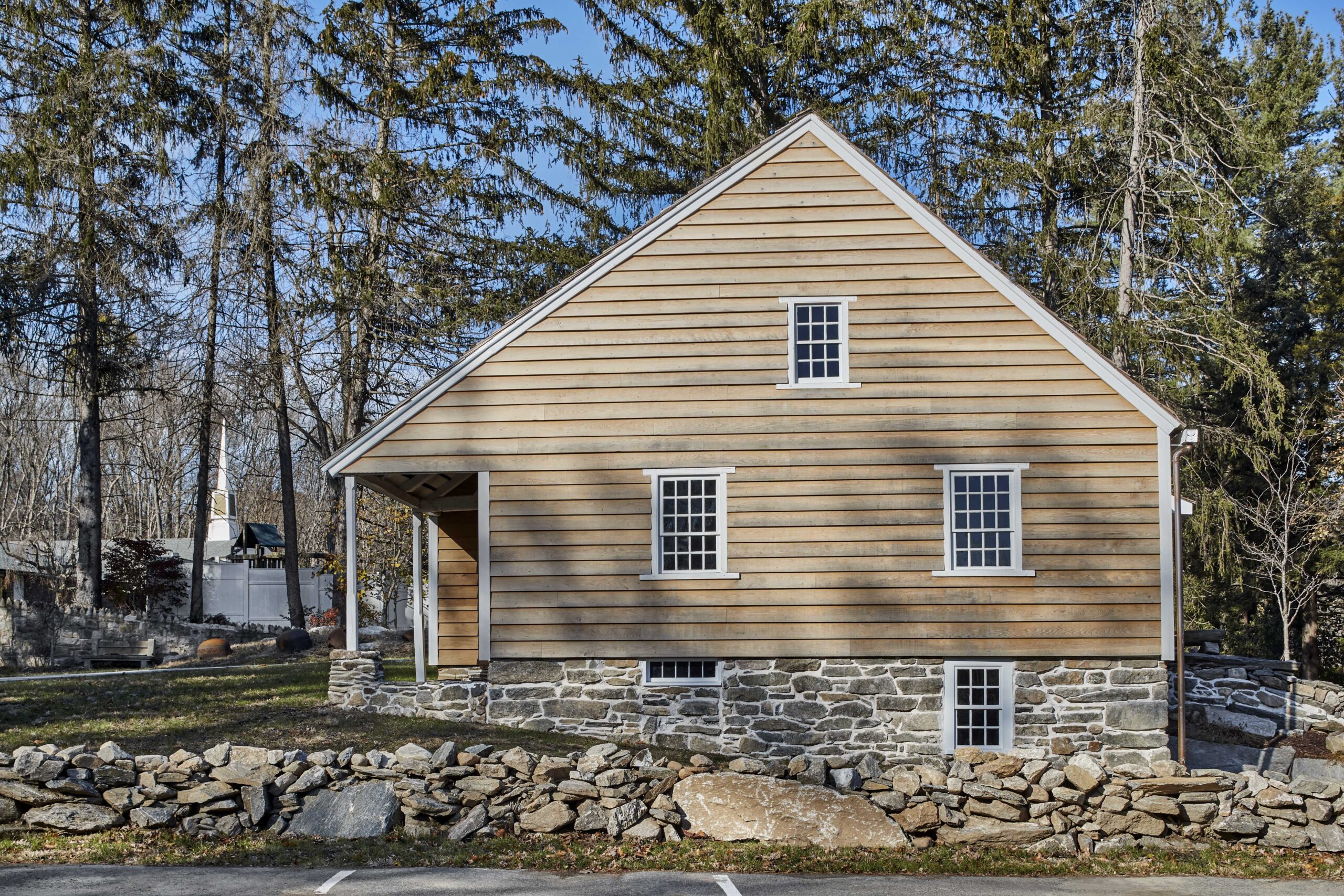 Moving History
The Hoyt-Barnum, circa 1699, is the oldest house in Stamford. Listed on the National Register of Historic Places, the house needed to be moved 5 miles north from its original location on Bedford Street to accommodate the City’s new police station. A working museum and City treasure, the City’s goal was to move the building to a more convenient location, while maintaining it’s status on the Historic Registry. The new location is on the site of the Stamford Historical Society (SHS).

CWA and our team of specialty consultants that included a house mover and historical preservationist examined the most effective way to move and preserve the house in order to accomplish these goals. The house and it’s assembly (including the stone chimney) were digitally scanned, documented and moved in two pieces over two weekends to it’s new location.

The new siting was designed to replicate the land where the house originally stood. Restored interiors host furnishings and artifacts of its original era and provide visitors with an historically accurate sense of how the house originally functioned for the settlers. It opened successfully with much fanfare and celebration on June 14, 2017 and is currently serving as a working museum.

Backstory
The house was built by the blacksmith Samuel Hait (sometimes spelled “Hoyt”) who, according to the SHS, was a direct descendant of the City’s original founders. Typical of Colonial era New England, the Cape Cod type 1 & 1/2 story building is a post and beam structure with somewhat unusual 2″ thick solid vertical plank exterior walls. The center chimney and foundation was built of fieldstone mortared with a mixture of lime, animal hair and clay.

Context
Located on the site of the Stamford’s new police station, the original house was built into a slightly sloped rock outcropping very close to the highly trafficked Bedford Street which made access challenging for off loading children who would visit by bus. It’s new location adjacent to the Stamford Historical Society was graded to mimic it’s original siting but gives visitors much easier and safer access from the SHS’s parking area.

Nuts & Bolts
Actually Bricks & Mortar: The entire stone foundation was painstakingly numbered stone by stone, disassembled, palletized and reconstructed on the new site. The original mortar was analyzed in a lab, reproduced, and used to set the relocated stone.

What You Don’t See
Any sign that the house moved in whole with upper half of the house had been split in two and moved from its original site. Complete disassembly and reassembly was offered by several bidders, but in order to re-list it on the National Register, it could only be split into no more than three pieces.

Best Use
Enjoying a 300-year trip back in time within a half-day visit.