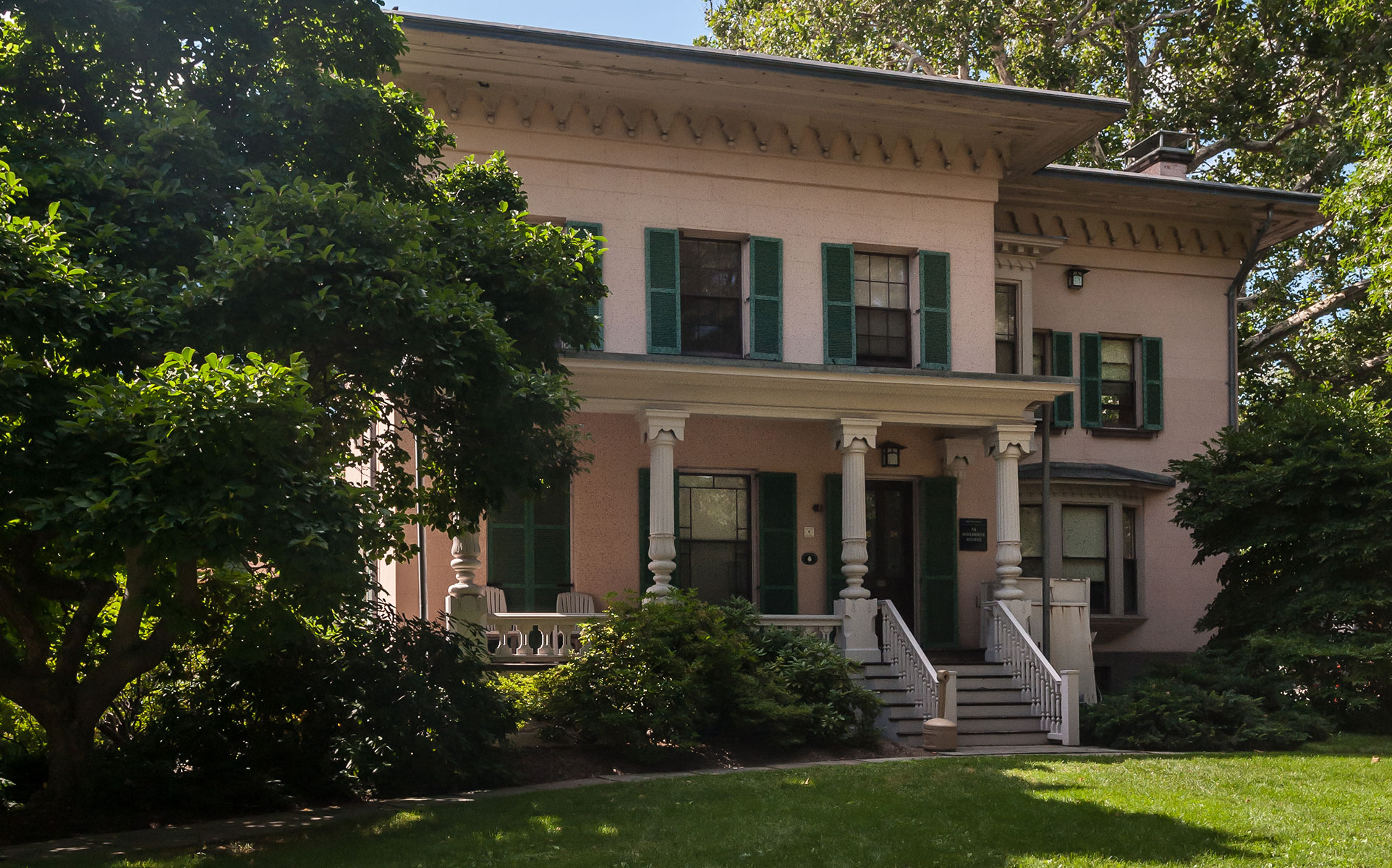 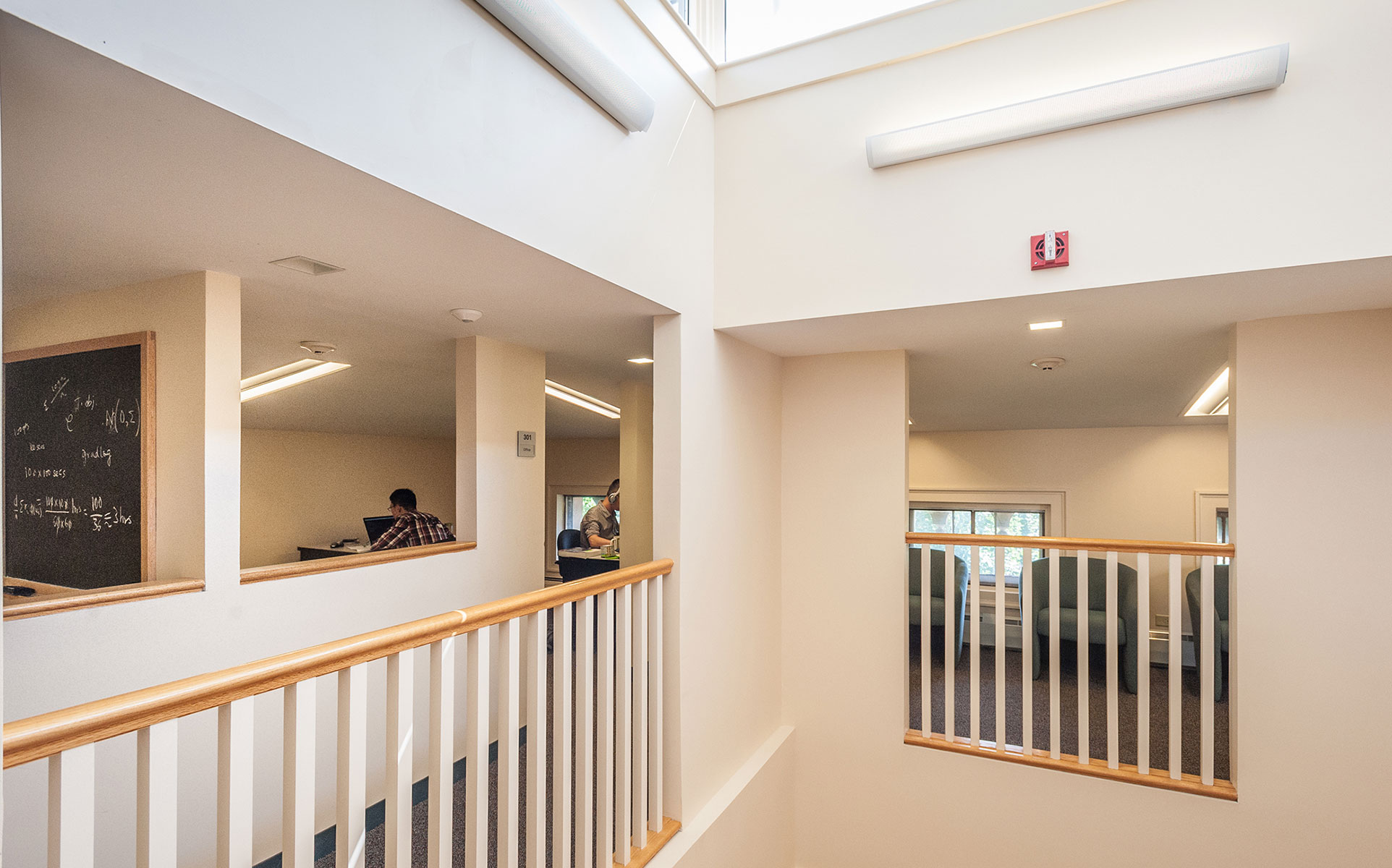 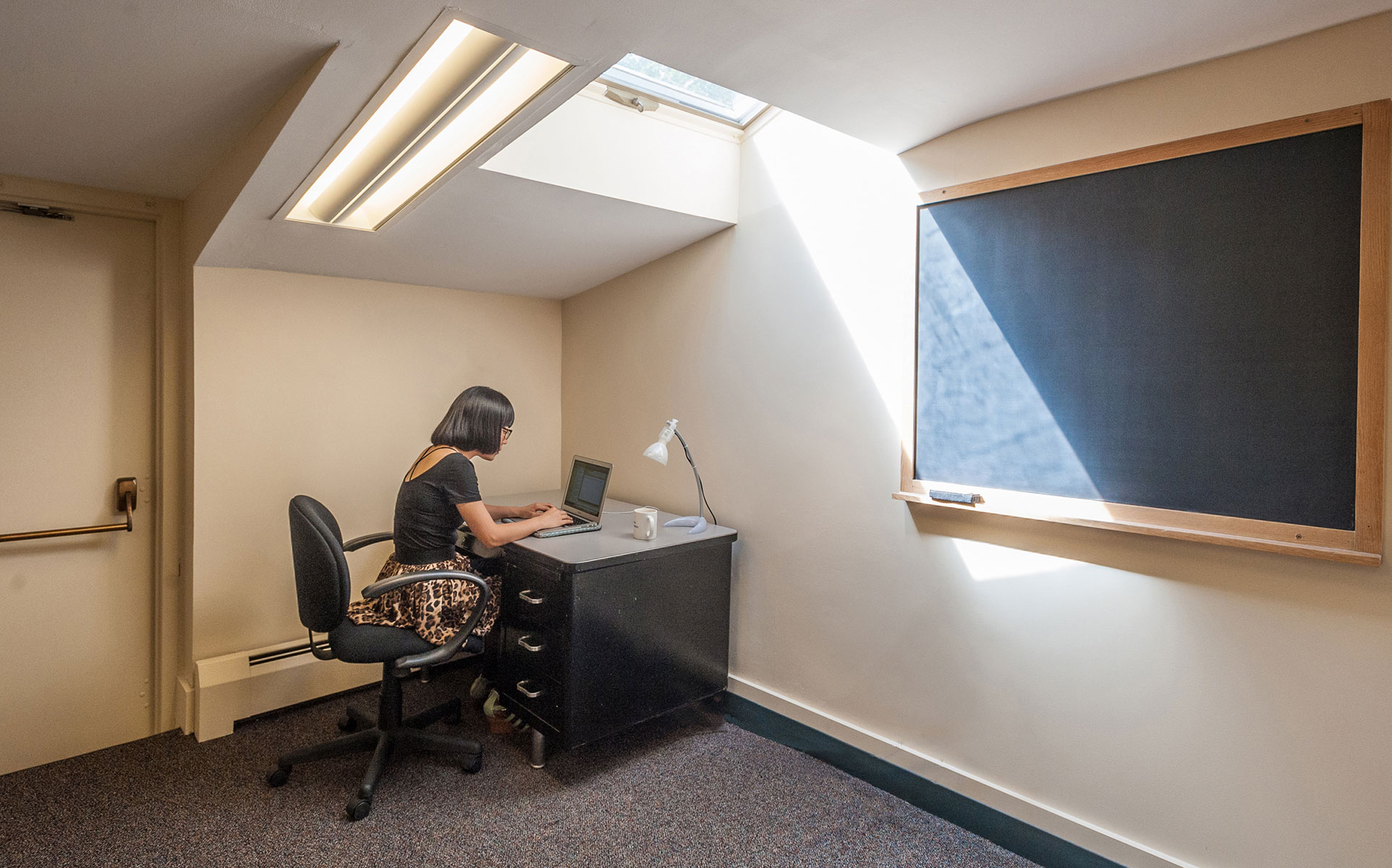 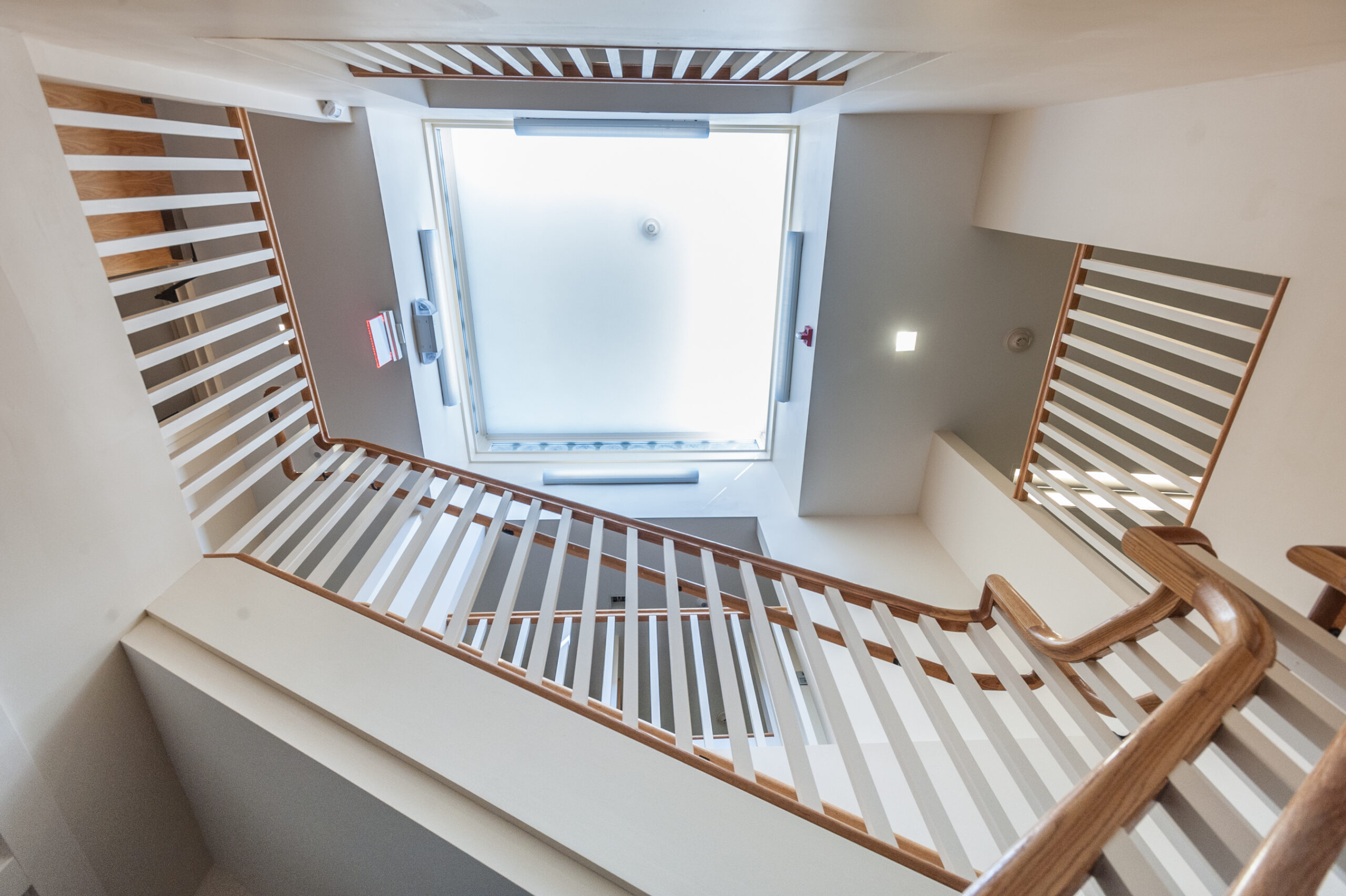 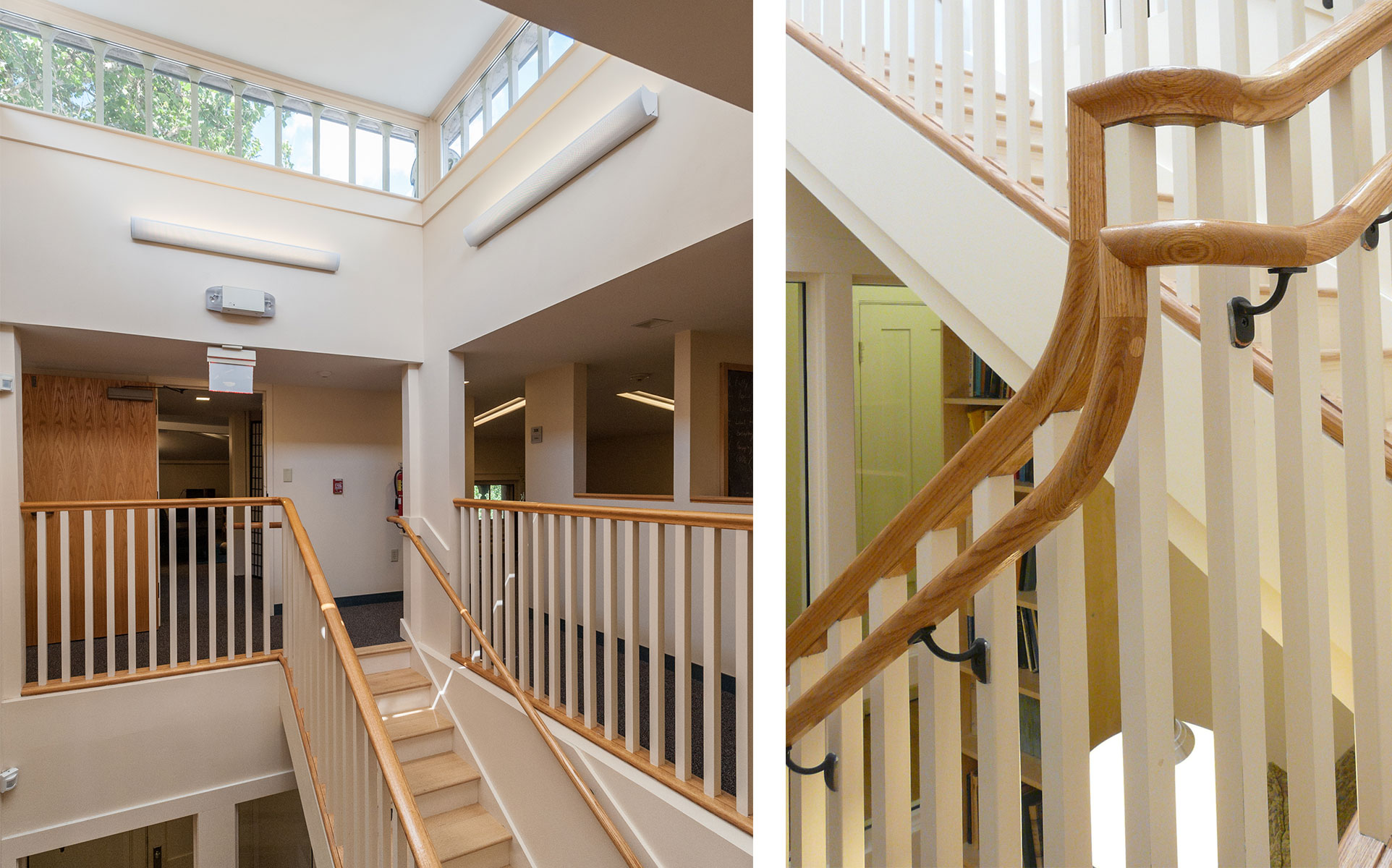 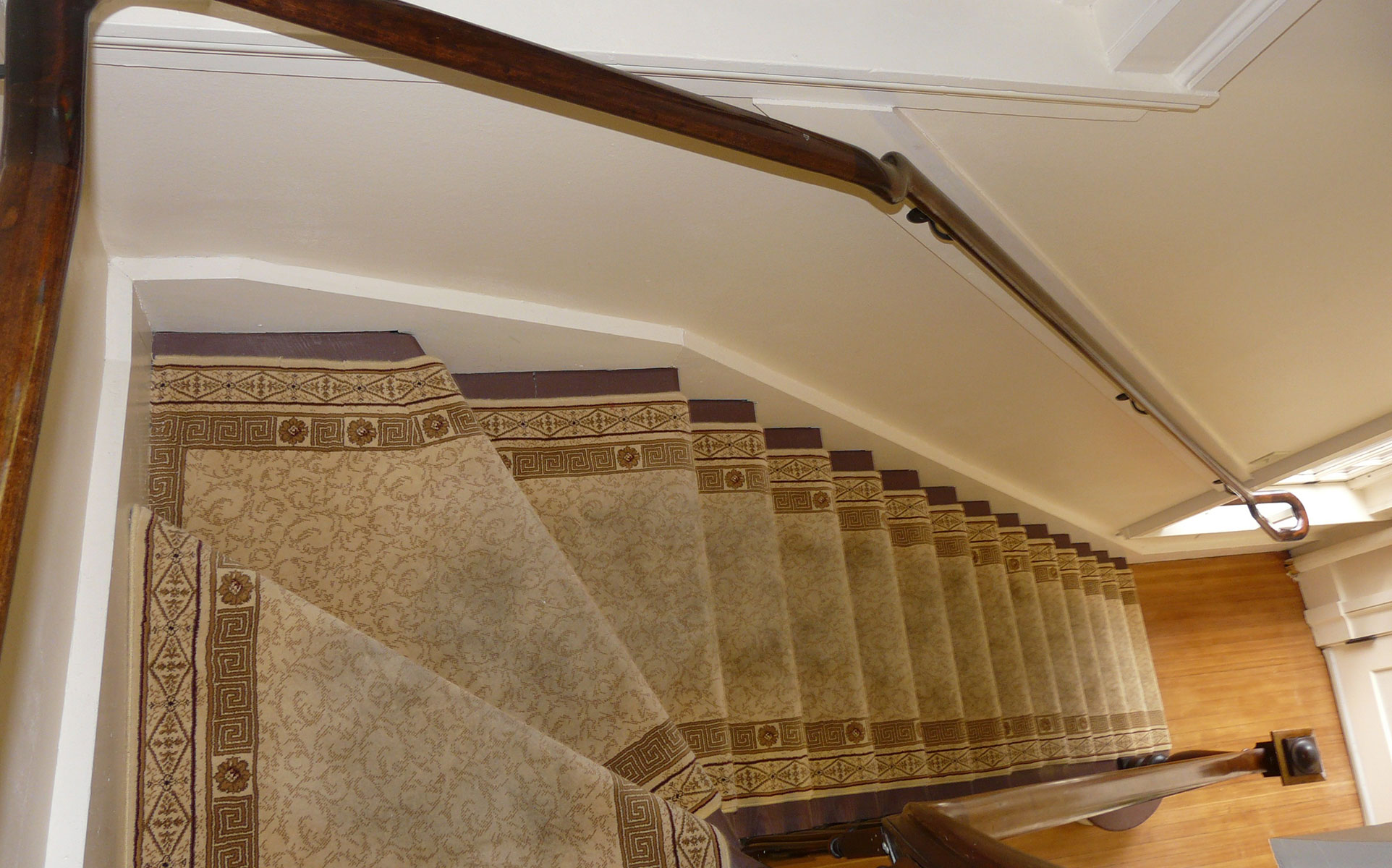 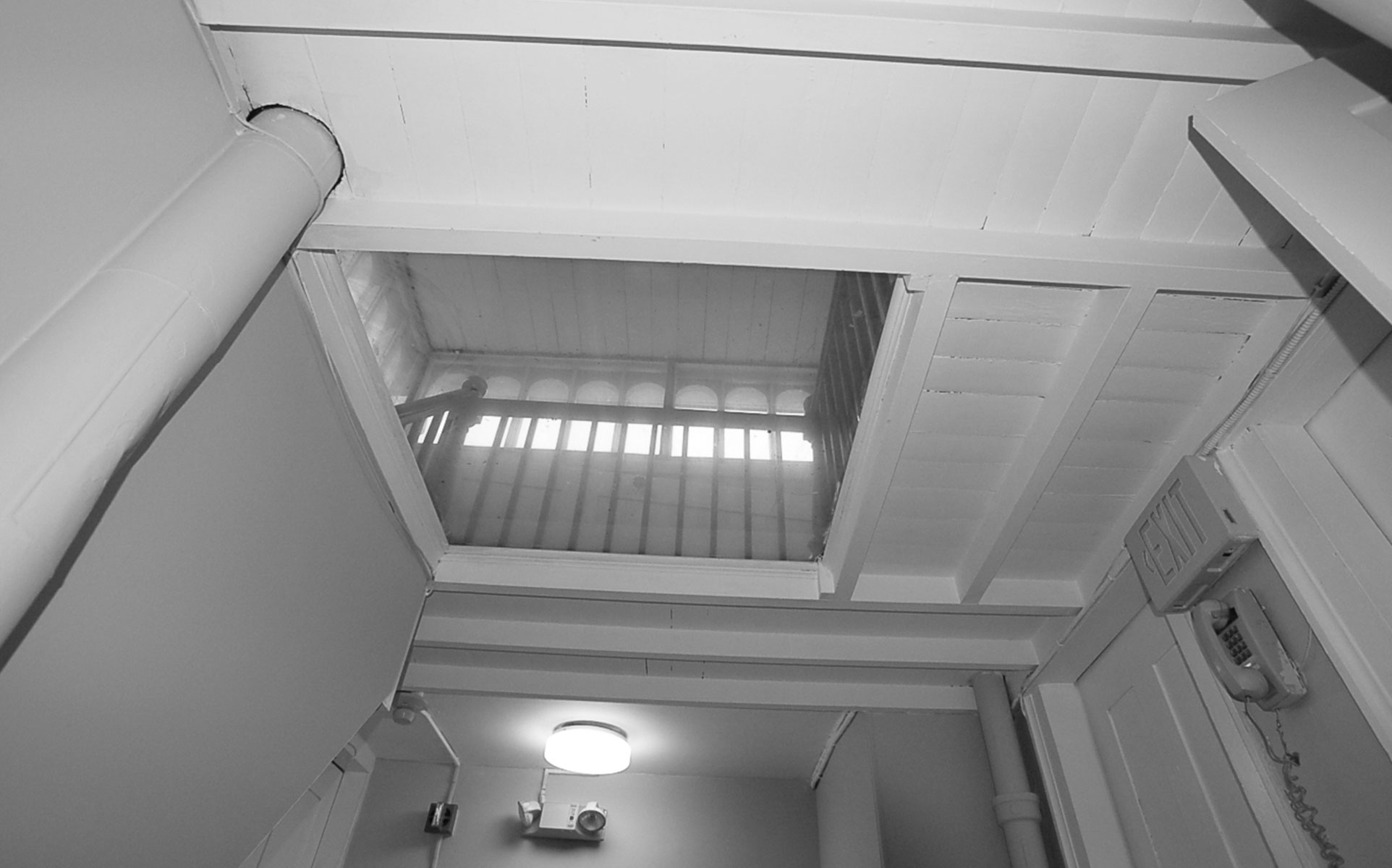 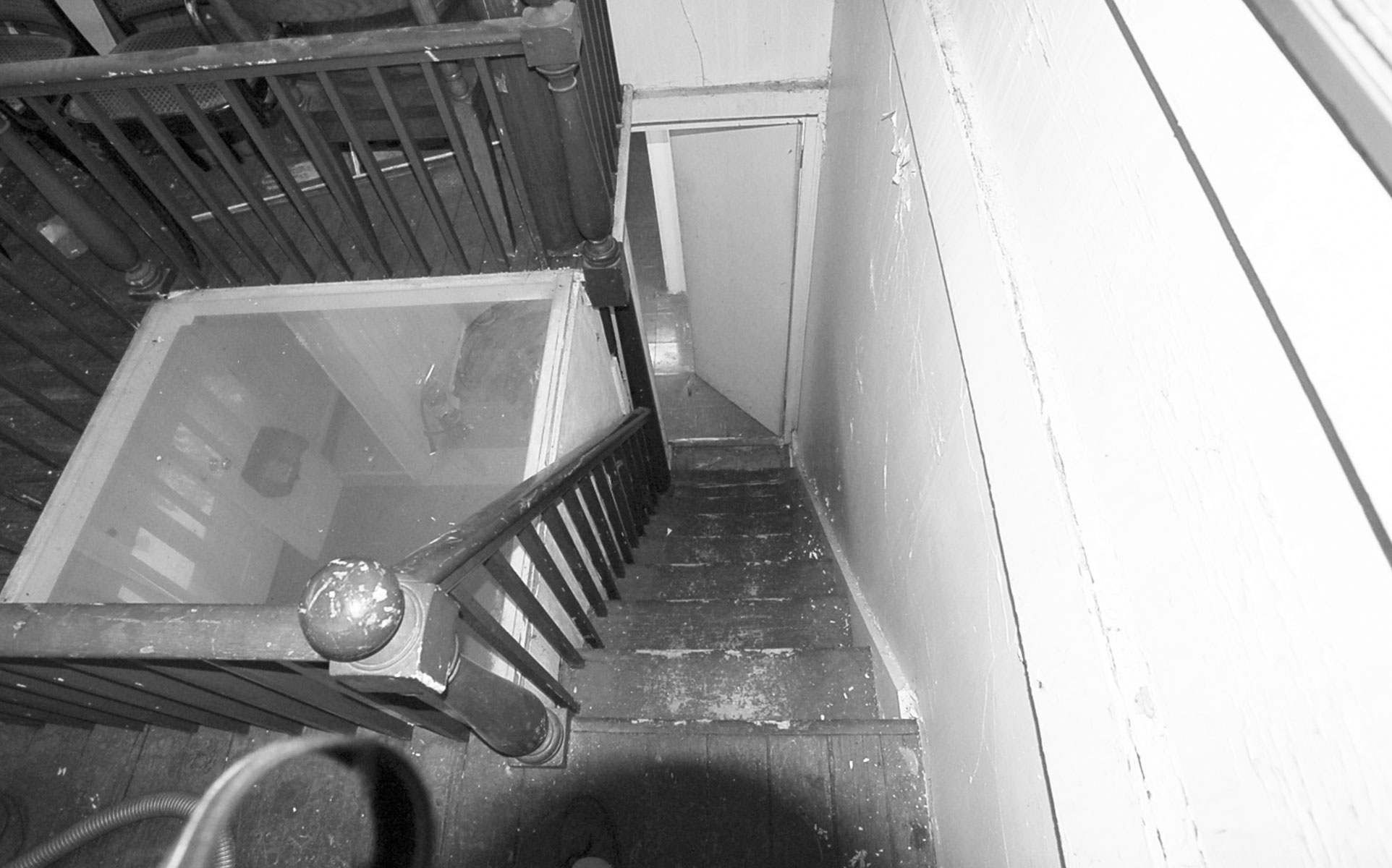 By designing a new, open stairwell to replace the narrow, non-compliant stair to the attic CWA created a safe means of attic egress while flooding both the formerly dark attic and the second floor with an abundance of natural light.

“CWA listened to our needs and created a light and spacious area in which the students could study. This design exceeded all expectations and the final result fully fits the bill. Additionally, our wanting to keep this building’s integrity within the original era was kept in mind and the renovation meets updated code yet still holds the charm it always had.”
Joann DelVecchio, Operations Manager, Yale University Department of Statistics

Context
Located on New Haven’s historic Hillhouse Avenue, the building is occupied by Yale’s Department of Statistics. Wings were added in 1905 and 1935 before Yale purchased it from the Dana descendants in 1965. While the exterior of the hip-roofed house was restored in 1996, time had not been kind to the interiors, where changes had been basic and strictly utilitarian.

Nuts & Bolts
Other improvements include adding handrails and decorative carpet runners to the building’s other winding stairs, restoring vintage parquet flooring and the creation of much needed new restrooms.

What You Don’t See
Suspended acoustical ceilings, 1960s-era lighting fixtures, un-befitting doors and trim, and commercial carpeting. These were among the banalities inflicted upon the otherwise elegant building and removed during the project.

Best Use
Amidst the canopy of surrounding trees, studying or taking respite in the light-filled space below the cupola.